Belt and Road: How Western media miss the point

By Wang Shanshan | China Plus 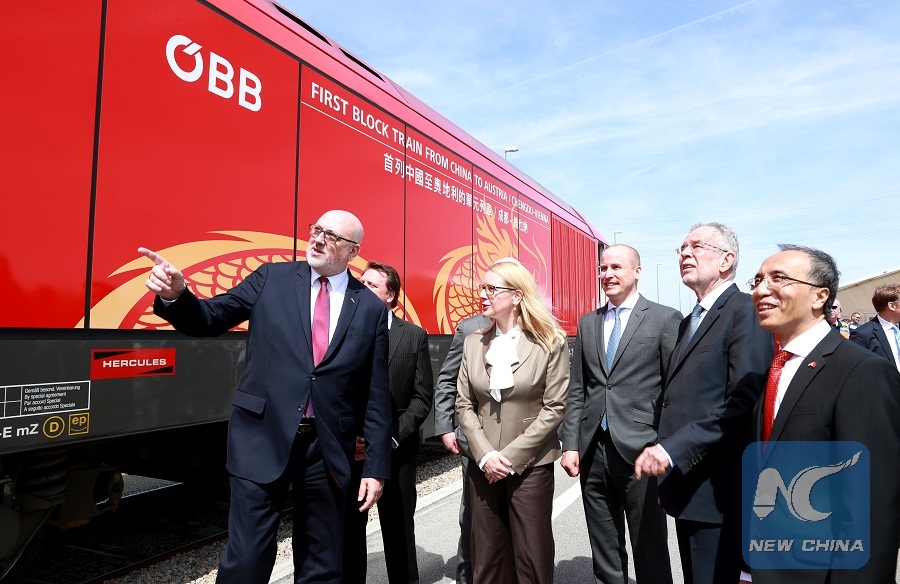 The most recent evidence the doubters in the Western media have cited to justify their concerns about the Belt and Road Initiative is the decision by Malaysia’s Prime Minister Mahathir Mohamad to cancel three cooperative projects with China, namely the East Coast Rail Link and two pipeline projects worth a combined $20 billion. Quite a number of reports have drawn the conclusion that this is a major setback for the Belt and Road Initiative.

But this conclusion is the result of hasty reasoning, if not deliberate misinterpretation. Dr. Mahathir chose China for his first official visit outside the ASEAN member states since taking office, and making the announcement in Beijing was a demonstration of the mutual trust and understanding between the two countries on how Belt and Road projects should be managed.

There was nothing unilateral or behind-the-back tricks in the cancellation of the projects. After meeting China’s President and Premier, Dr. Mahathir said “It is not about the Chinese”. He said that Malaysia welcomes, supports, and will continue to participate in the Belt and Road Initiative, and he welcomes China’s enterprises to invest in Malaysia. As China’s Foreign Ministry spokesperson Lu Kang said, it’s unavoidable for problems and differences of opinion to emerge when two countries cooperate. When differences have arisen over specific infrastructure projects, both sides have shown that they are willing to resolve them through communication and consultation, which is reflected in the consensus reached between the leaders of the two countries. Rather than being a cause for concern or criticism, the collaborative management of the projects in Malaysia is a fine example of why the Belt and Road Initiative has gained widespread recognition and support.

At a recent symposium in Beijing to mark the fifth anniversary of the Belt and Road Initiative, China’s President Xi Jinping stressed that projects should continue to be developed in a way that protects the environment, helps to address social needs, and minimizes financial risks.

China has accumulated experiences and learnt lessons over the last five years. In the future, China or a country taking part in the Belt and Road Initiative might decide to reassess the benefits and risks of a given project, and redefine the deliverables through negotiation. This is how the Belt and Road Initiative continues to be a sustainable approach to development.

An increasing number of countries are participating in BRI projects. More than a hundred countries and international organizations have entered into 118 Belt and Road cooperation agreements with China. China's total trade with countries along the Belt and Road in the past five years exceeded $5 trillion, and combined direct investment has amounted to over $60 billion. Eighty-two overseas economic and trade cooperation zones have been established, attracting nearly 4,000 enterprises, creating two billion dollars of tax revenues and a quarter of a million local jobs.

In China, consumers are enjoying a greater variety of commodities that have come to China from along the Belt and Road. For instance, the first cargo train linking Madrid in Spain and Yiwu in east China went into service in November 2014. Spanish exports to Yiwu have since increased by more than 300 percent, as the new rail link delivers food, machinery and equipment, and timber products from Europe. Over the past four years, the China-Europe freight rail service network, a crucial part of the Belt and Road Initiative, has expanded exponentially. More than 10,000 trips have now been made along its tracks.

The expansion of trade that has been facilitated by the BRI is especially welcome amidst the backdrop of growing trade protectionism and isolationism elsewhere in the world. The Belt and Road Initiative is continuing to act as an effective way to increase connectivity, widen access to markets, and foster openness and inclusiveness. The result has been a boost in investment that has helped local economies to grow and people's livelihoods to improve.

The observers in parts of the Western media who chose not to paint the whole picture of the Belt and Road Initiative, and who exaggerate the growing pains while ignoring the gains, not only risk losing their credibility as analysts. They also deny their audiences an understanding about the opportunities that are on offer.