In one section of the massive Yiwu International Trade Market in eastern China"s Zhejiang Province there is a large variety of imported goods, from Spanish wine to Czech crystal glasses and Russian milk. 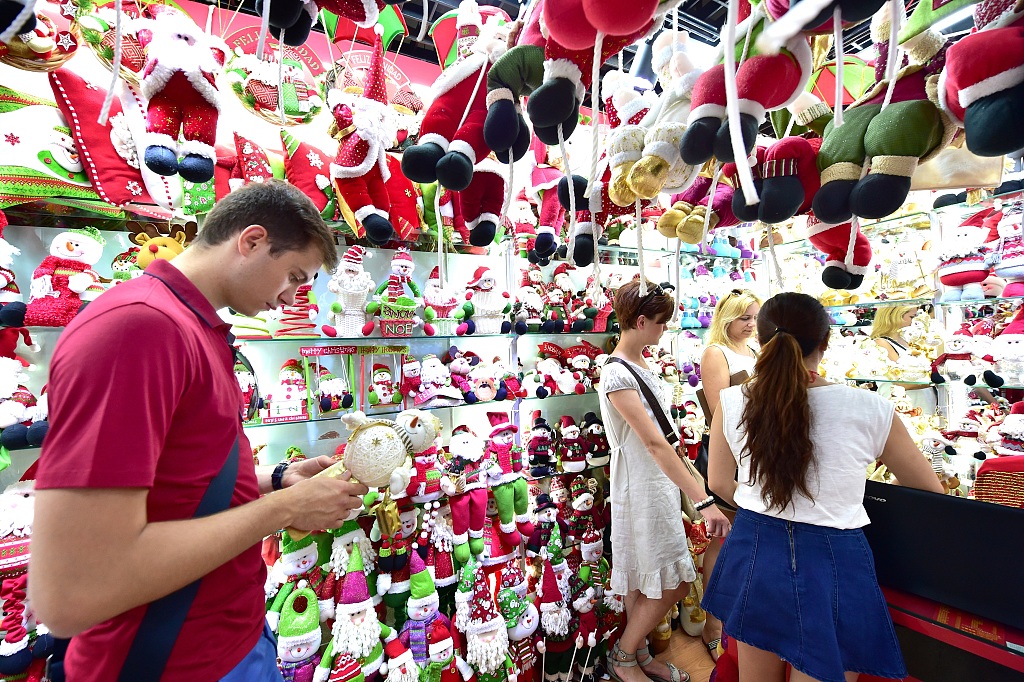 "Ninety percent of our goods are imported through the China-Europe freight train service," said Zhang Ruizhi, manager of the exhibition hall of Zhejiang Mundiver Import and Export Co., Ltd. at the market.

Many imported commodities such as wine and sunflower seed oil are very popular among Chinese consumers who are upgrading consumption in response to rising incomes, said Zhang.

It takes 30 to 40 days to take Spanish wine to China by sea, and now the train service can slash the transportation time in half, said Jin Haijun, general manager of Zhejiang Mundiver.

Over the past five years, the company has imported more than 200 standard containers of goods through the train service linking the Chinese small commodity hub of Yiwu with Spain, the Czech Republic, Iran, Britain and Central Asia.

The city of Yiwu has set up five logistic distribution centers and eight warehouses in cities along the Belt and Road, including Madrid, Duisburg and London, to facilitate trade.

"Over 10 Spanish wine brands we work with have lauded China"s opening-up policy, including the Belt and Road Initiative, hoping to bring more goods to the Chinese market," said Jin.

The China-Europe train service not only sends Chinese goods to Europe but also brings back overseas goods to Yiwu where they are then sold to many parts of the country, said Liu Mingming of the Yiwu Tianmeng Industrial Investment Co. Ltd., a private operator of the service.

Yiwu is a beneficiary of the Belt and Road Initiative, said Lin Yi, secretary of the Yiwu Municipal Committee of the Communist Party of China. "The initiative has sped up the development of the China-Europe freight train service and greatly promoted the international trade for Yiwu," said Lin.

Yiwu, dubbed as the "World"s Supermarket," receives more than 550,000 overseas buyers and sells commodities to more than 210 countries and regions every year.

As the city makes the trade development transition, the China-Europe freight train service is expected to bring more imported goods to Yiwu in the future, said Liu.

Eyeing the business opportunity in the Chinese market, Iranian merchant Ali Ascan is planning to start his export business to bring more Middle East goods to the vast Chinese market.

Ali Ascan, who previously only brought Chinese goods to Iran, set up a company to focus on the Chinese market last year.

"I believe that the Chinese market still has huge untapped potential. It is also becoming safer and easier to do business here as the country pushes forward the opening-up drive," he said.