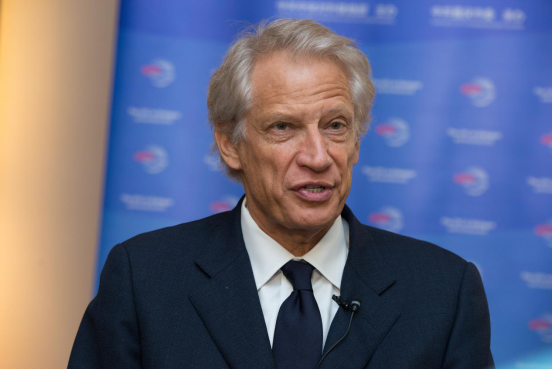 Uncertainty has become the major threat of our times. On the five continents, we face global dangers that have become ever more difficult to foresee and manage. Terrorism undermines global efforts of peace-building. The rise of populism has led to policies challenging economic openness, free trade and shared development. At the same time, climate change has heightened the risk to future generations. The current global diplomatic situation and the unpredictability of some of the major powers calls for a new multilateral dynamic.

However, the past few months have witnessed a dramatic decline in international dialogue. The election of a new American president has accelerated this process by affecting multilateral frameworks in areas like free trade and environmental protection. Against this trend, international cooperation is the only possible way to find common ground on how to improve the world of tomorrow.  Today, we are witnessing the painful birth of a new multipolar world. I believe it is the task of Asia and Europe to reshape globalization on fairer and more balanced principles. It has become crucial to foster new poles of stability and prosperity interconnected in a comprehensive scheme of cooperation.

In this context, China is offering a new chance to achieve this common ambition through the Belt and Road Initiative. This promising project not only strives to support infrastructure development from Asia to Europe and Africa, but aims at reviving the spirit of multilateral partnerships to serve cultural dialogue and stability as decisive common goods. From the initial speech of President Xi Jinping in autumn 2013 outlining the project, to the Belt and Road Forum in Beijing in mid-May 2017 with around 30 heads of state and government, the initiative has made great steps forward. In less than four years, the Belt and Road Initiative has been provided with new multilateral instruments like the Asian Infrastructure Investment Bank with a capital of 100 billion dollars and more than 60 countries taking part in the institution.

The Belt and Road Initiative offers a lasting alternative to the risk of slowdown, isolation and confrontation. We must recognize that concrete actions have been achieved in a remarkably short span of time. First projects have been launched in Pakistan, Azerbaijan or Oman in strategic areas like power plants, gas pipeline and railways. Chinese investments have also increased in Central Europe in the frame of the "16 + 1"  as well as in Southern Europe where many projects are implemented along the New Silk Road, especially in Greece, to develop infrastructure like the port of Piraeus.

Eurasia's future is full of opportunities. Asia and Europe could work on many priorities together. They're committed to ensure sustainable growth, food and energy security and environmental preservation. In Asia alone, the Asian Development Bank estimates the investment needs in infrastructure at around 26 trillion dollars by 2030, creating huge perspectives in promising sectors like transport, real estate, waste and water management and green economy.

In this respect, the Belt and Road project allows them to respond to three challenges. First, it opens a new chapter of global connectivity by strengthening energy, digital and transport facilities around the world. Second, it renews the culture of multilateral cooperation by advocating for more inclusiveness and collaboration pooling capital resources from public and private investors on cross-border projects. Third, it helps ensure the conditions of international recovery and development. While GDPs per capita are diverse along the New Silk Road, especially between developed Eastern countries and countries from Africa and Southeast Asia, the Belt and Road will gradually reduce the economic gap between the stakeholders and facilitate the bridging of that gap.

Over the last years, fruitful exchanges with global decision-makers have reinforced my impression that the Belt and Road project should be broadly and further promoted. We need a platform to discuss ideas, create synergies and raise international awareness about the initiative. We need to share principles for a shared destiny ensuring the respect of people, the respect of sovereignty and the respect of history. We also need an exemplary dynamic based on showcase projects involving the largest number of actors like states, companies, civil societies, think tanks and universities.

That's why, with a group of qualified personalities from Europe and Asia, we have created the International Marco Polo Society in tribute to the most famous bridge-builders of the Middle Ages. The Society is a circle composed of former prime ministers and foreign affairs ministers eager to mobilize public opinion in their home countries and push innovative propositions. Because we have a common conviction: every effort should be welcome to make the Belt and Road Initiative a success and contribute to what President Xi described as the "project of the century."

(the author is the president of the International Marco Polo Society,former Prime Minister of France)