Asia is the cradle of civilization. From Mesopotamia, India, China to the golden land of Suvarnabhumi or Southeast Asia, the East has given birth to religions, philosophies, high cultures, knowledge and wisdoms that are an integral part of the shared global heritage.

We wore clothes or silk garments, while people from other parts of the world still wore animal skin.

This underlying wisdom has brought the disparate cultures of Asia together.

The great teachings can be found in China's rich contribution to the world civilization.  For instance, Taoism, a Chinese philosophy based on the writings of Lao-tzu, advocating humility and religious piety. 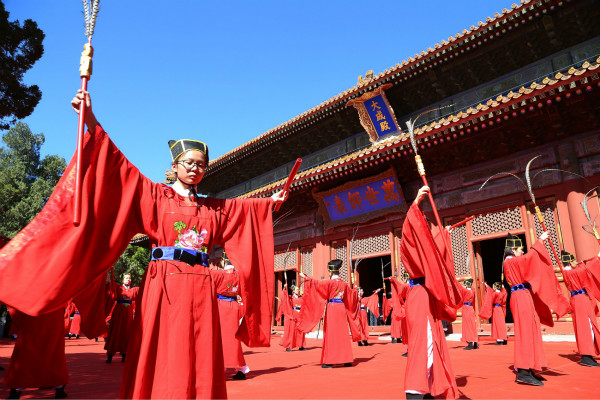 Confucianism, another great ethical and philosophical foundation, lays down the principles of social harmony, rituals, ancestors’ worship, traditions, family loyalty, duty and responsibility between the rulers and subjects.

One of Confucius's Golden Rules is: "What you do not wish for yourself, do not do to others."

China has also embraced Buddhism, the religion that is widely practiced in the Suvarnabhumi region or Southeast Asia. Buddhism teaches us to become selfless, to give, to have compassion towards other human beings and to value spiritual enlightenment over materialism.

In Thailand, in spite of the deep political divisions of the past that almost brought the nation to its knees, the Thais have come to realize that the best way to go forward is reconciliation and unity. The sight of the “Volunteers” during the funeral of King Rama the 9th working tirelessly represents a coherent image of national reconciliation.  There are no more Thais of varied political hues – red, yellow, black, yellow.

China is embarking on an ambitious project to revive the Silk Road. At least 70 countries and organizations have agreed to take part in this massive endeavor to create the One Belt, One Road scheme. Infrastructure investments worth trillions of dollars will follow. It is a great opportunity to bring nations together, by working together to reconcile their past differences and make a fresh start. 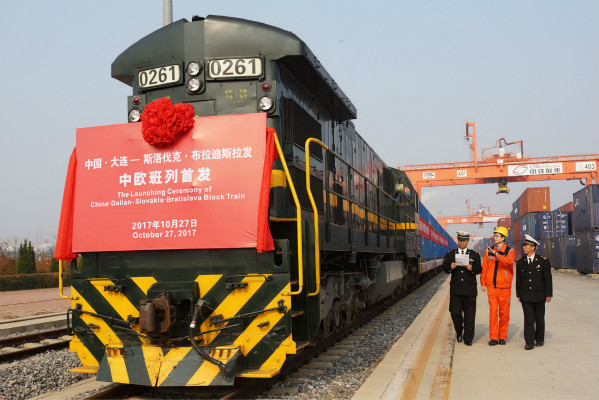 Through the Belt and Road Initiative, rail, road and the sea will connect Asia, Europe and Africa. This heralds a new era of growth and prosperity that will bring the people from the three continents together. The ambitious project can never materialize without peace and cooperation.

For over a thousand years before the Western colonialism struck deep roots, China and India were the world's largest economies. Most countries, including China and India, faced a big setback during the colonial era, during which the Americas, Africa and Asia were subjugated, their natural resources exploited to enrich the colonial powers. In Asia, like in other parts of the world, there were misunderstandings, political conflicts, border disputes and many wars among nations.  But with the Belt and Road, with cooperation from Europe and Africa, Asia is about to reclaim its past glory through mutual sharing.

Initial doubts lingered over the Belt and Road Initiative that it could become a winner's take all for China, for Chinese companies and financial institutions, and that Beijing would like to conquer the world for its own benefits. China has gone at length to assure that it may be China's initiative, but it is an international collaborative project. All participants have an equal role to play in contributing to its success. Even one missing jigsaw would derail the whole New Silk Road due to the intricate nature of its connectivity. As the Belt and Road Initiative makes progress and helps make one country prosper, that nation should help the neighbors to prosper too. This is the spirit of reconciliation. 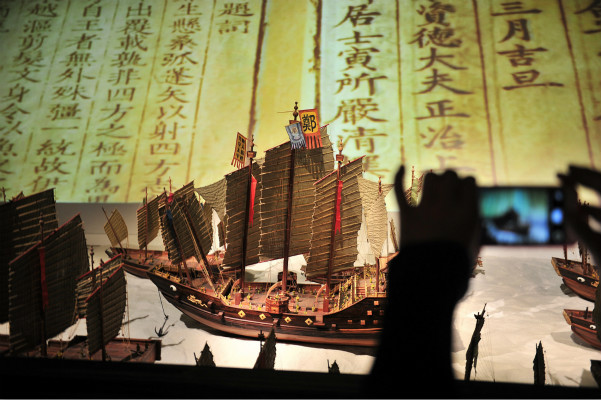 A model of Zheng He's fleet being displayed at a museum in Kunming, capital of Southwest China's Yunnan Province in July Photo: VCG

Our role model should be the great Zheng He (1371-1433 or 1435), an explorer, diplomat, fleet admiral, and court eunuch during the Ming Dynasty. In fact, there is a striking similarity between Zheng He's pursuits and the concept of the Belt and Road Initiative.

Zheng He and his powerful naval fleet carried a universal message of peace, people-to-people contact and commerce during a 28-year-long journey to Southeast Asia, South Asia, West Asia and East Africa. Zheng He did it before Christopher Columbus discovered the Americas, which subsequently led to the colonization of the entire Americas.

Virtually absent was any attempt by Zheng He or the Ming Dynasty to colonize other countries.  In Thailand, Zheng He is worshipped in several shrines along the Chao Phya River up to the old capital of Ayutthaya where his ships would anchor.

There is no better time in modern history to create a spirit of peace and reconciliation than today. The world has always been torn apart by exploitation and inequality. That is because some countries would like to take more than to give. Enough is never enough. How much is too much?

The Belt and Road Initiative can set a glorious example of giving and sharing rather than mindless exploitation. This project can't be realized without the broad participation and sincere contribution of all the nations, who are the stakeholders in this path-breaking project.

Indeed, it's high time to make progress and to share for mutual gains.