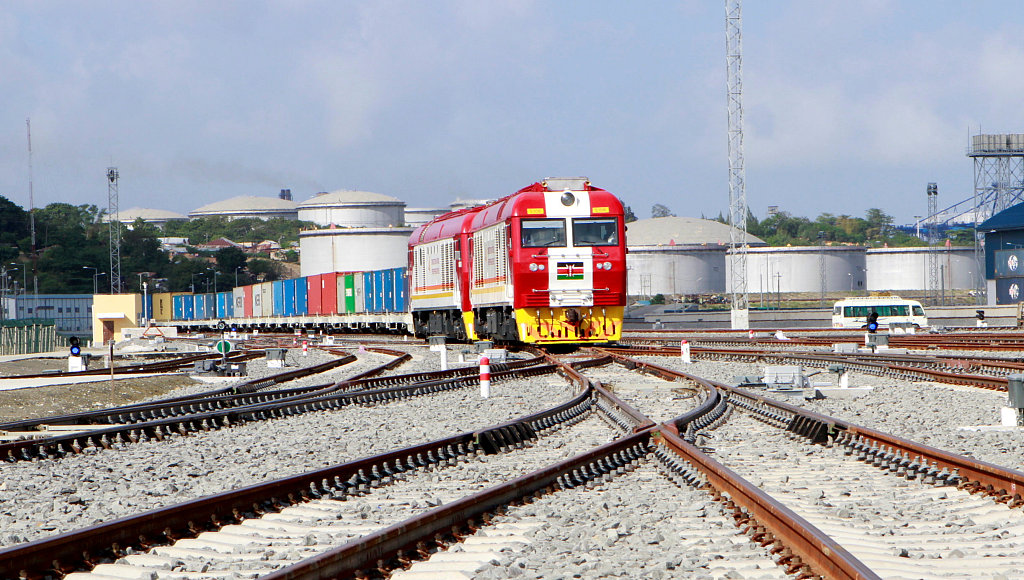 A cargo train is launched to operate on the Standard Gauge Railway (SGR) line constructed by the China Road and Bridge Corporation (CRBC) and financed by Chinese government in Kenya's coastal city of Mombasa, May 30, 2017. (Photo: VCG)

Manessah Alagbaoso, head of Africa China Integration at Standard Bank Group, told Xinhua in Nairobi that the BRI has emerged as an agent of global inclusive growth as it promotes infrastructure development which drives economic efficiency.

"Governments from Asia, Africa and Europe are now subscribing to the BRI to promote inclusive development across the world," Alagbaoso said during the launch of the Africa China Agent Proposition in Nairobi.

He noted that Kenya's Standard Gauge Railway (SGR), which has transformed the economic landscape of the east African nation, is an example of the positive impact of the BRI.

Alagbaoso said that Africa is beginning to come together more through regional and continental integration and the BRI can play a catalytic role in the processes.