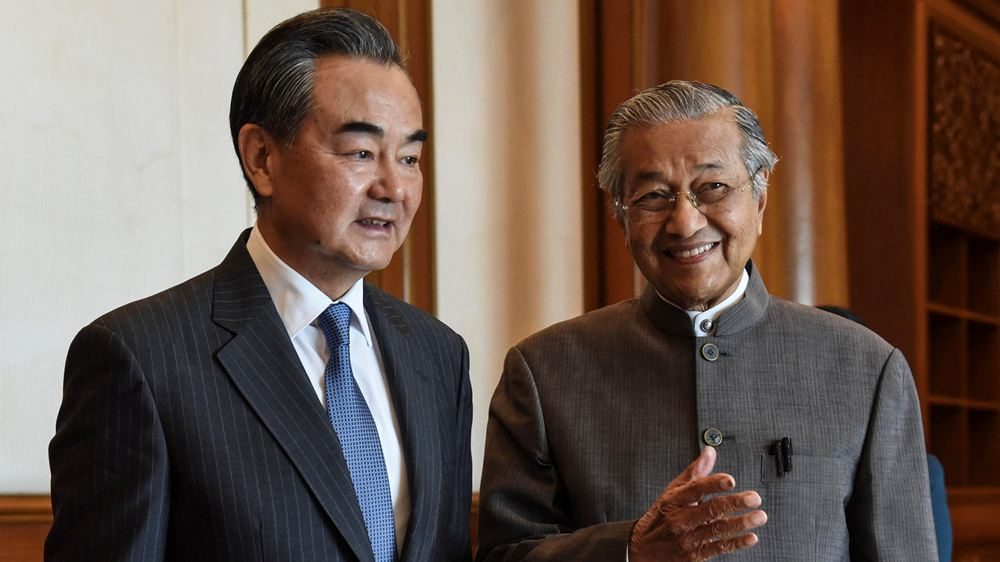 The 93-year-old Malaysian leader also said he is looking forward to visiting China soon to demonstrate his administration's resolve to push forward Sino-Malaysian relations, and learn from the experience of China's development.

The Malaysian prime minister reiterated his support for the China-proposed Belt and Road Initiative, saying it is a great opportunity for the region to realize common development and prosperity.

For his part, Wang Yi praised Mahathir as "a good friend and old friend of the Chinese people," adding it was during Mahathir's first stint as prime minister that Sino-Malaysian relations gained rapid development.

With the establishment of a new Malaysian government, Sino-Malaysian relations are at a new starting point. China is ready to work with Malaysia to take the opportunity of Mahathir's upcoming visit to China to make an all-round plan for future cooperation and open up new dimensions in bilateral ties, Wang said.

China also appreciates Malaysia's support of the China-proposed Belt and Road Initiative and believes that the active participation of Malaysia in the initiative will open up even greater prospects for cooperation between the two countries, promote the development of Malaysia and contribute to Asia's prosperity, said Wang.

The two also exchanged views on the regional situation and the US-China trade tensions. They shared the view that facing rising anti-globalization and protectionism, China and Malaysia should join hands with other regional nations to resolutely defend the legitimate rights and interests of emerging economies.

As one of the senior officials in Malaysia, Daim believes cooperation between the two nations has brought fruitful results over the past few years. This stimulates the development of Malaysian economy, which in turn, benefits the life of Malaysian citizens.