Better weather services for countries along the Belt and Road Initiative 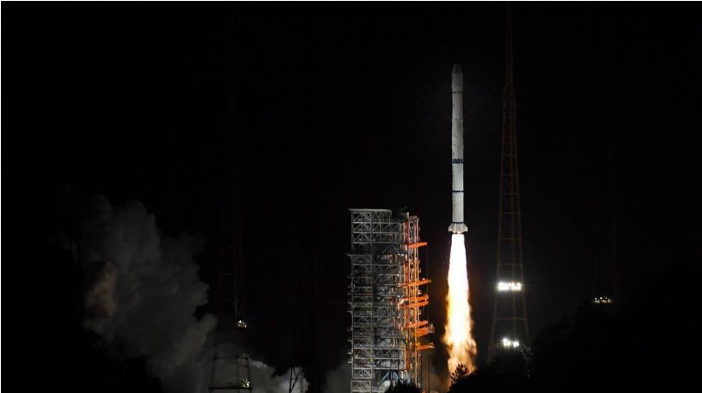 The Fengyun-2H satellite, the final one in the Fengyun-II series of spin-stabilized weather satellites, will be able to collect more meteorological, maritime, and hydrological data.

This satellite, equipped with a Stretched Visible and Infrared Spin Scan Radiometer (S-VISSR) for a vivid weather satellite imagery, is designed to provide weather services like accurate weather forecasting for countries that are part of the Belt and Road Initiative, as well as the western part of China.

Equipped with a scanning radiometer and space environment monitor, Fengyun-2H will provide real-time cloud and water vapor images and space weather information to clients in the Asia-Pacific region, said Wei Caiying, chief commander of the ground application system of Fengyun-2H and deputy director of the National Satellite Meteorological Center.

Meteorological satellites play a crucial role in preventing and mitigating disasters, monitoring certain kinds of disasters including typhoons, rainstorm, sandstorm, and thunderstorm, and are widely used in the fields of oceanography, agriculture, forestry, hydrology, aviation, navigation and environmental protection.

China has freely shared data from its Fengyun weather satellites with international users. There are about 20 countries – including Australia, New Zealand – that are now using and benefiting from the services and materials provided by Fengyun-II satellites.

China’s Fengyun IV satellite, which was launched in December 2016, became operational on May 1, 2018, offering services to over 80 countries and regions, providing satellites materials and products for 2,500 domestic users.