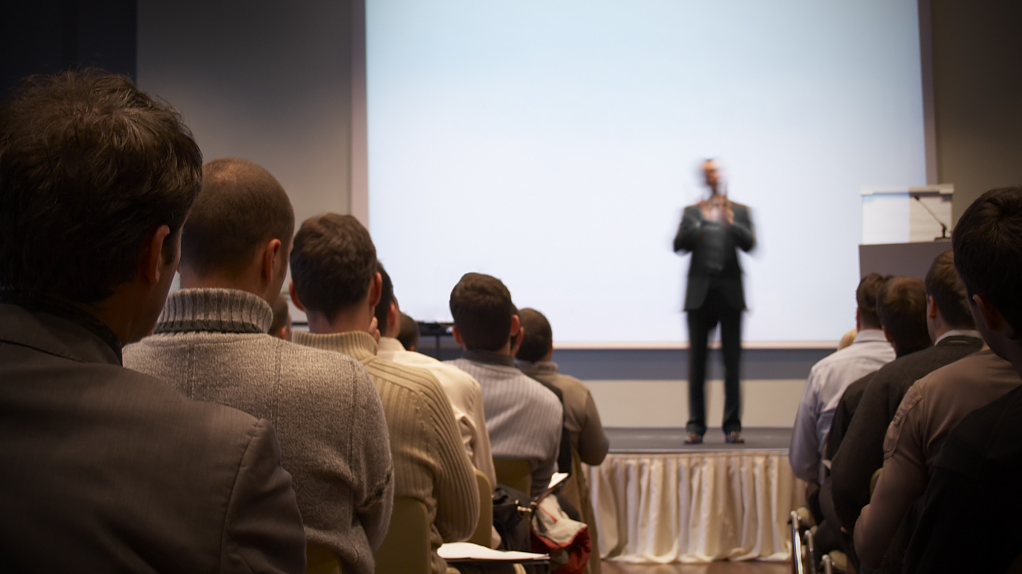 Editor's note: William Jones is the Washington Bureau Chief for Executive Intelligence Review and a non-resident fellow of the Chongyang Institute for Financial Studies, Renmin University of China. The article reflects the author's opinions, and not necessarily the views of CGTN.

Major unrest in Hong Kong, provocative moves by India's leader in Kashmir, upgraded arms sales to Taiwan, and an unraveling of the nuclear non-proliferation regime are all indications of a heightened degree of tension in the world community. And this is occurring against the background of increased trade tensions and a general sense that the world is facing an imminent collapse of the international financial system.

This ratcheting up of global tensions is not by accident.

As is now publicly admitted in the major media, the world is in the initial throes of a major financial blowout. The international financial system is bloated with quadrillions of dollars of unpayable debt. And while the trade disputes, particularly the U.S.-China trade dispute can aggravate, or even trigger, a financial blowout, they are not the cause. The cause is the policy over the last several decades of simply printing money (primarily U.S. dollars) to subsidize the increasing debt that has been incurred by the system.

And reform proposals made by leading economists over the last few decades like Lyndon LaRouche with his triple curve diagram, or James Tobin, with his proposed tax on derivatives, or Nobel Prize-winner Maurice Allais, had been totally rejected by Western governments. The problems with the exponential growth of debt could have been cleared up in the 1980s, but Federal Reserve chairpersons from Alan Greenspan on have simply chosen to print up enough money to keep the bloated system afloat.

This financial policy was then combined with an economic policy of ever more brutal austerity which was imposed on the subject governments and their populations. As a result, we have seen a steady decline in real income and standard of living for the great majority of people living on this globe, and, in the poorest sections of the world in Africa and Asia, we have seen death and destruction on a scale not seen since the Thirty Years' War.

To prevent people from rising up against such insane policies, a variety of movements were created by the major London and New York financial institutions and their think-tanks, (most prominently supported by the British monarchy), which were most threatened by any reduction of the outstanding debt which they were holding. In the 1970s this was called the Zero-Growth Movement. The Zero Growth-ers tried to convince the population that the problem they were facing with environmental degradation and pollution was not due to the lack of technological development, but rather to a population that was growing too fast. The solution tendered by the "movement" was for people to eat less and have fewer children. 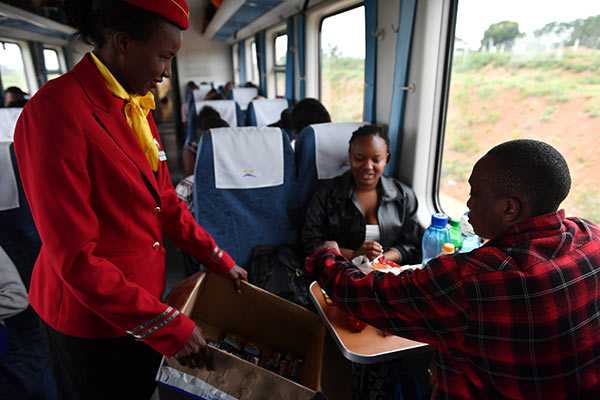 A steward offers snacks to passengers on a train on the Mombasa-Nairobi standard gauge railway.  (Photo: Xinhua)

We see the same phenomenon now arising and heavily financed by global financial institutions. It is particularly strong in Europe, where young people are being mobilized around the same failed policies as in the 1970s, using their concerns for environmental degradation in order to promote a generation of anti-technology Luddites. Germany, for instance, has already abandoned nuclear power and is now beginning to shut its coal plants. Under such conditions, one cloudy day in Central Europe can lead to blackouts and brownouts throughout the country.

And China is posing an alternative to the world and presenting a high-tech alternative to the environmental degradation that people are so concerned about, by showing a road forward with the development of new and more advanced technologies when it launched its Belt and Road Initiative (BRI) in 2013, Once again, the notion of development was on the global agenda, particularly in Africa where hope for such had been rapidly fading.

This initiative promoted by China was resisted by many of the Western political elites. Firstly, it has enhanced China's increasing role in the international arena. Secondly, the lifting of more than 700 million people out of poverty represents a powerful argument against the new Zero-Growth Movement. The virtual elimination of poverty on the globe, which is clearly foreshadowed in what China has accomplished with its own population alleviation, makes it difficult to convince people of the Malthusian argument that poverty and starvation must always be with us in order to "eliminate the excess population."

It is telling when such an opponent of the BRI like Nadege Rolland, formerly with the French Ministry of Defense and now with the National Bureau of Asian Research in Washington, also scores China for making development a "human right." If development is a "human right," then the acceptance of poverty becomes something of a crime against humanity.

It is in this fundamental dispute that the "strategy of tension" must be understood. President Xi Jinping has introduced a new paradigm of international relations as he strives to create a "community of a shared future for mankind," bringing people of different cultures together working towards the common good. This will require countries and governments to rethink their roles in the world as well as their policies. This new paradigm, with its concrete expression in the BRI cooperation, has won many adherents around the world.

Therefore, the financial elites and their hangers-on would like to create conflicts that can throw a monkey wrench into this perspective.

If we are to extract ourselves from the serious dilemmas posed by this "strategy of tension," we must work to bring together the major players on the globe around a concrete policy of development which can send a message of resounding hope to all the countries of the world.