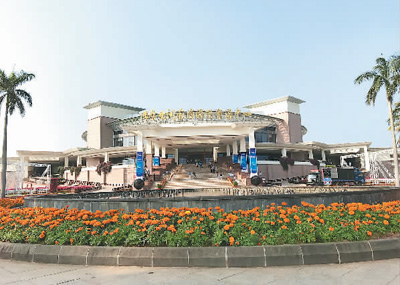 More than 2,000 international guests will gather in Boao, a coastal town in the southern island province of Hainan, to discuss an open, interlinked and innovative development of Asia and the sustainable recovery of the world economy.

The 2018 Boao Forum for Asia (BFA) annual conference, to be held from April 8 to 11, has the theme "An Open and Innovative Asia for a World of Greater Prosperity".

Chinese President Xi Jinping will deliver the keynote speech at the opening ceremony of the 2018 BFA meeting, the first major diplomatic event hosted by China this year.

The event is being held on the 40th anniversary of China's reform and opening-up, and in the year of implementation of the guidelines and spirit of the 19th National Congress of the Communist Party of China (CPC).

Here are five major highlights of the event:

1. New prospects of reform and opening-up to be presented

Xi will give the most authoritative account of China's achievements and experiences related to its reform and opening-up policy as well as the enlightenment, its significance and influence on the world. A series of new measures on how China will open up wider to the outside world and undertake a new round of deeper reforms will also be presented by him.

2. China's path to development in the new era to be  traced

China will offer an in-depth explanation of the meaning of the new era of Socialism with Chinese characteristics, and introduce its new development philosophy, goals and tasks, as well as the huge opportunities the country plans to give to the world in the new era.

3. New proposals to be made on creating a bright future

Xi will make new proposals and clarify China's stance on the building of a community with a shared future for Asia and mankind, and the creation of a bright future for the continent and the world at large.

During his meetings and dialogues with foreign leaders, Xi will exchange views on multilateral cooperation, global governance, world economy and trade, and other topics. New consensus will be reached and new results scored at the talks.

The new office of the BFA board of directors will be sworn in this year, and Xi will have a meeting with both the incumbent and designate board members to exchange views on the construction of the forum and its development. It shows the will of the Chinese government to promote the development of BFA.

The 2018 annual conference will include over 60 sessions under four key topics —globalization and the Belt and Road Initiative, an open Asia, innovation, and reform.

In addition, two parallel sessions with the themes “China and the world” and “government and market” will be held to review the achievements and experiences of China’s reform and opening-up in the past 40 years and draw plans to deepen reforms.

The forum will also include thematic discussions on the construction of Guangdong-Hong Kong-Macao Greater Bay Area and Xiongan New Area, rural  advancement, and ecological  progress.