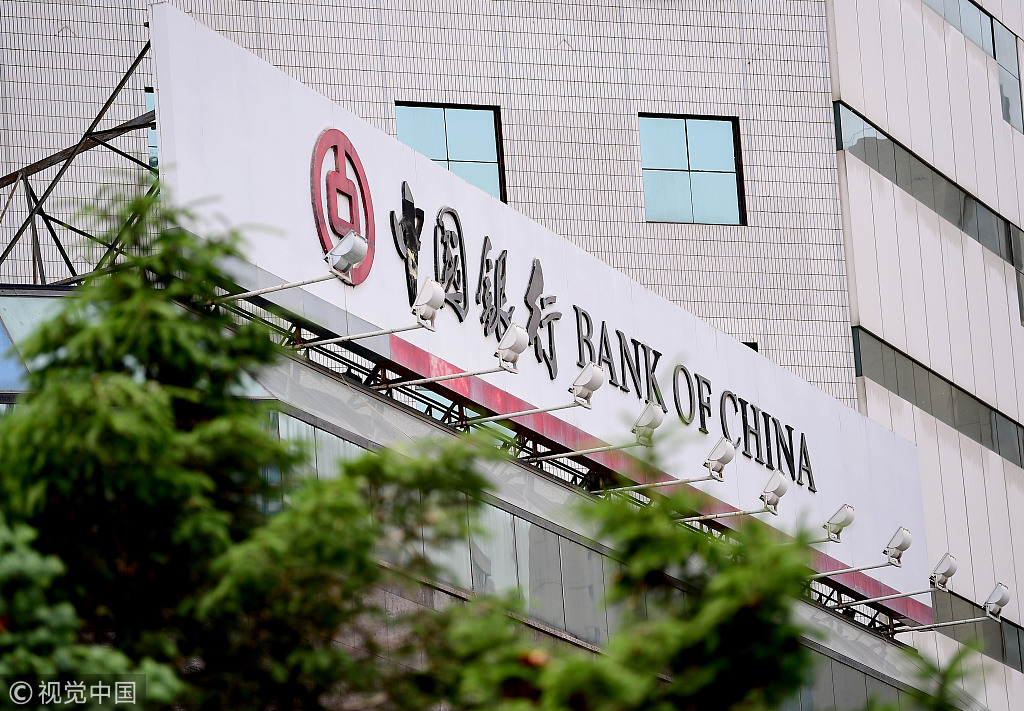 A logo of Bank of China is seen in Shenyang, Northeast China's Liaoning province, on May 21, 2018. (Photo/VCG)

So far, the overseas footprint of BOC, China's fourth-largest State-owned commercial bank by assets, has reached 55 countries and regions.

Chen Siqing, chairman of BOC, said,"China and Chile have been continuously strengthening cooperation in various sectors including mining, agriculture, information and communications, and clean energy. China's Belt and Road Initiative fits into Chile's policies for investment promotion and economic development. The two countries have great potential for cooperation in the areas of infrastructure construction and regional interconnectivity."

By setting up a branch in Chile, Bank of China will effectively promote the development of economic and trade cooperation as well as two-way investment between China and Chile, thus helping the two countries reach a higher stage of mutual benefit and cooperation, Chen added.

China is Chile's largest trading partner and largest export destination, while Chile is China's third-largest trading partner in Latin America. The bilateral trade volume of the two countries increased by 12.7 percent year-on-year to $35.4 billion in 2017, according to China's General Administration of Customs.