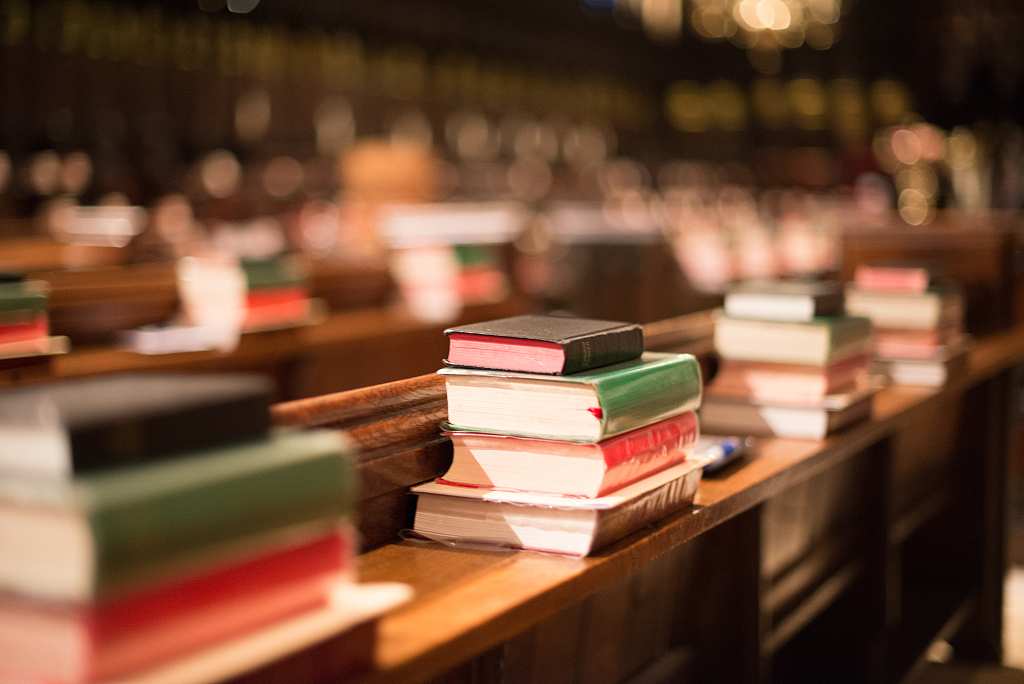 ULAN BATOR, Sept. 10 (Xinhua) -- The China-Mongolia Joint Book Exhibition to celebrate the 70th anniversary of the establishment of diplomatic ties between China and Mongolia kicked off here on Tuesday.

More than 1,000 types of books are on display at the four-day book exhibition, which showcases the achievements of the translation and publishing circles of the two countries over the past 70 years.

"This year marks the 70th anniversary of the establishment of diplomatic relations between China and Mongolia," Li Wei, cultural counselor of the Chinese Embassy in Mongolia, said at the opening ceremony. "The China-Mongolia Joint Book Exhibition is one of the important events to celebrate the anniversary."

With various categories of books on display, Li expressed the hope that the book fair will deepen mutual understanding between the two peoples.

"There are many historic events in Mongolia in 2019. The 70th anniversary of the establishment of diplomatic ties between Mongolia and China is one of them," Baldan Enkhmandakh, head of the leading group of the Mongolian National Public Radio and Television (MNPRT), said at the event.

The book exhibition is expected to contribute to the further development of cultural exchanges between the two countries, Enkhmandakh added.

The exhibition is co-organized by China's National Press and Publication Administration, China Education Publications Import and Export Corporation, Chinese Culture Translation and Studies Support Network, the MNPRT and the National Library of Mongolia.