ADDIS ABABA, Dec. 23 (Xinhua) -- Boosting cross-cultural cooperation among countries participating in the China-proposed Belt and Road Initiative (BRI) is a crucial imperative to achieve the common goal under the initiative, a newly published book argued on Monday. 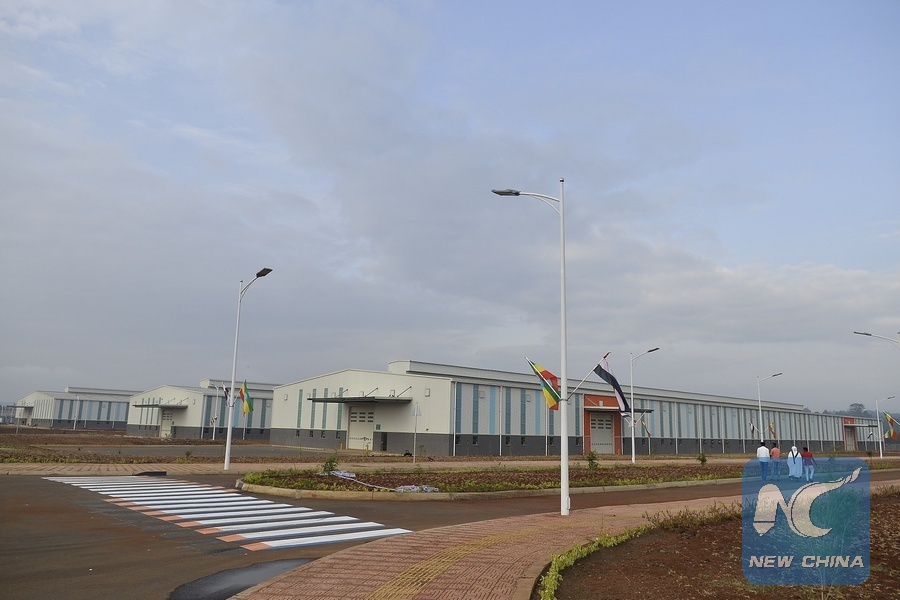 The newly published book, which was launched on here on Monday entitled "Managing Cross-cultural Dynamics for a Shared Future: China-Ethiopia Cultural Constructs," is the outcome of a joint academic research and insights undertaken by the Ethiopian Centre for Dialogue, Research and Cooperation (CRDC) and the Center for International Business Ethics at the University of International Business and Economics of China.

The research work, which was published after conducting a survey that targeted Ethiopian and Chinese nationals concerning cultural dynamics, mainly analyzed popular generic theoretical constructs on cross-cultural communication and management, and assessed cultural background and factors of influence on the Chinese and Ethiopian culture.

Describing the BRI as "a grand notion proposed by China and embraced by a large section of the world aiming at building a shared future of peace and prosperity among participating nations," the newly published book stressed crucial imperative among BRI countries to embark on cross-cultural cooperation to fully realize the common goal as stipulated under the initiative.

"Given the vast differences in ethnicity, history, tradition, institution and social construct among BRI members, while it is important to raise awareness among the general public through media and social events, it is crucial and imperative for leaders and managers involved to get prepared with their mindset and skills set in cross-cultural communication through dialogue and training, in order to achieve this common goal in connection with accountability and sustainability," the book argued.

Noting culture as a product of historical heritage and communal legacy evolving through time with exposure to external influences, the book stressed that "cooperation between different societies is not only rendered possible, but also feasible and productive."

According to the book, Ethiopia is playing "a pivotal role in the BRI on its merit in strategic location, historical heritage, long-standing friendly relationship with China, and especially its drive towards economic transformation and democratic governance."

It also argued that the East African country "possesses most of the rudimental conditions to emerge as a role model with best practice for BRI strategy, while the large potential which remains untapped needs to be exploited via joint endeavors."

China Civil Engineering Construction Corporation (CCECC), which partnered with CDRC and the Chinese Center for International Business Ethics in the development of the latest book, also hailed the research work's contribution in boosting cross-cultural ties between Ethiopia and China.

"We all know that both Ethiopia and China have very long history, and we also have very colorful cultures," said Zhang Zhenhai, deputy general manager of CCECC Ethiopia Construction Plc., adding that "it's no doubt that when the two cultures meet each other, there will be some cultural difference, and this book gives us the guidance and the reference."

The CDRC, a nonprofit and independent Ethiopia-based center of excellence that envisaged promoting the advancement of socio-economic development and democracy, aspires to contribute to the peace and security of Ethiopia and the Horn of Africa as well as the African continent and beyond.