Breaking the ice: China’s entry in the Arctic region 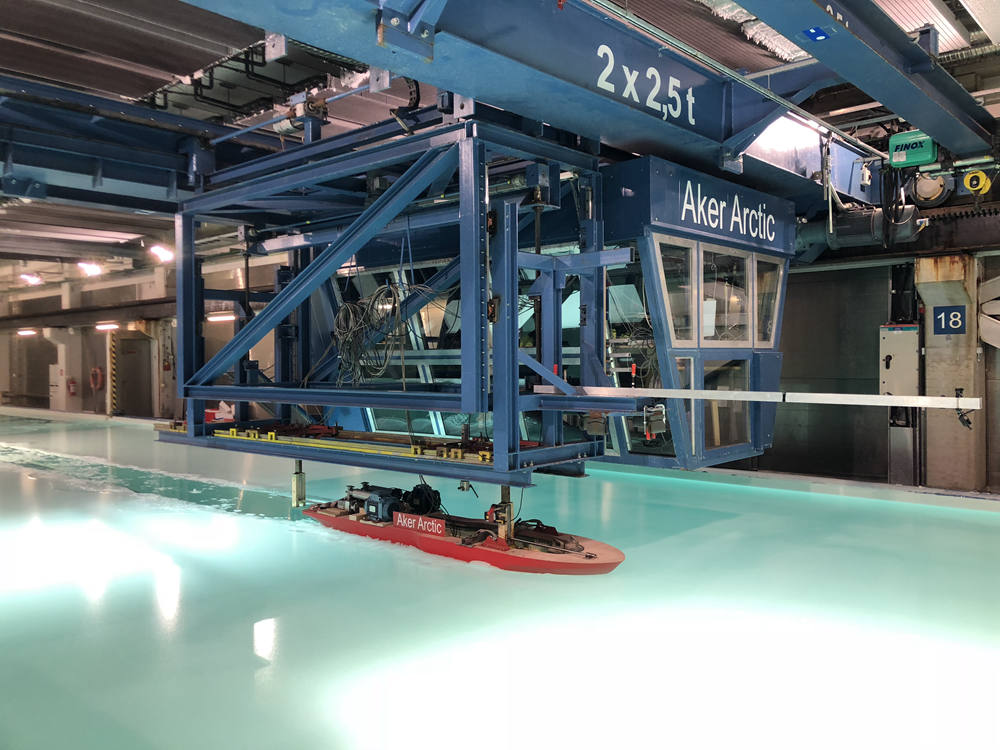 Glittering with eye-dazzling floe bergs, an open sea extends ahead, pounding the rugged coastal lines. Underneath, a steel leviathan is pushing its way through the cold ice, while a hurtling train is meandering across the snowy land.

Such transformation is underway in the Arctic region, one of the world's most desolate and dark lands, which in fact is also home to four million people and a plethora of unique flora and fauna. Due to the surge in exploration of natural resources as well as the intensifying polar ice thaw, the Arctic is now becoming a new global economic and transportation hub, attracting the attention of people around the world.

"The Arctic for the Europeans is becoming a true gateway to the world. Connectivity is one of the major themes of the Finnish chairmanship in the Arctic Council and an important element of the Finnish Arctic strategy," Harri Mäki-Reinikka, ambassador for Northern Policies of Finland's Ministry of Foreign Affairs, told People's Daily Online.

The Arctic countries' eagerness to exploit the region's transportation advantages has led to the emergence of various sea routes and rail-link projects. The feasibility of Arctic sea routes is now being thoroughly studied, as in many cases transportation by means of the new waterway can be 30 to 50 percent shorter compared to traditional ones such as by means of the Malacca Straits or the Suez Canal. A railway routing to the Arctic Ocean is also being examined, which is expected to promote connections with all of Europe and Asia.

Such grand blueprints have definitely captured the attention of China, the world's largest trader, since 90 percent of its $ 4 trillion annual trade is transported by sea. The country's cutting-edge high-rail technologies as well as its abundant infrastructure funds have also made it possible for Sino-Nordic rail cooperation.

"The melting polar ice may make it possible for ships from Chinese harbors to run alongside Russia to Norway. I think China and the Arctic countries will have more cooperation in the future regarding Arctic sea routes and rail projects," Jørgen Randers, professor of climate strategy at the BI Norwegian Business School, told People's Daily Online.

Cutting into the Arctic ice

Once an impassable and everlasting frozen area, sea routes in the Arctic region have become more feasible for shipping between Europe and China, as many scientists have predicted that the Arctic will be ice-free between 2030 and 2050.

Currently, the major sea routes in the Arctic regions are the Northeast Passage, the Northwest Passage and the Transpolar Sea Route. The utilization of such sea routes heavily relies on ice-breaking technologies, as the most commercially viable Northeast Passage only allows ships to pass for some 4 months of the year in the warm season, while the ice-covered Transpolar Sea Route, which is theoretically the shortest route linking the Pacific and Atlantic oceans, remains just a line on the maritime chart with no relevance to the present.

Though China has already vowed to jointly develop the Northeast Passage with Russia and has published a guide with nautical charts and descriptions of ice conditions on the Northwest Passage, the lack of powerful icebreakers still hinder the country's path into the Arctic ocean.

"In order to promote Arctic shipping from Europe to China, it is necessary to build stronger icebreakers that can withstand the rigid environments found in the Arctic," Gunnar Snorri Gunnarsson, Icelandic ambassador to China, told People's Daily Online.

In an effort to tackle such issues, China has been actively seeking opportunities for icebreaking cooperation, especially with Finland which built about 60 percent of the world's icebreakers. According to statistics from Finnish icebreaking giant Aker Arctic, Finland and China have agreed to build a double acting polar research vessel equipped with icebreaking abilities usable while the vessels are both moving forward and backward. These are expected to be built in the shipyard of Shanghai in 2018. 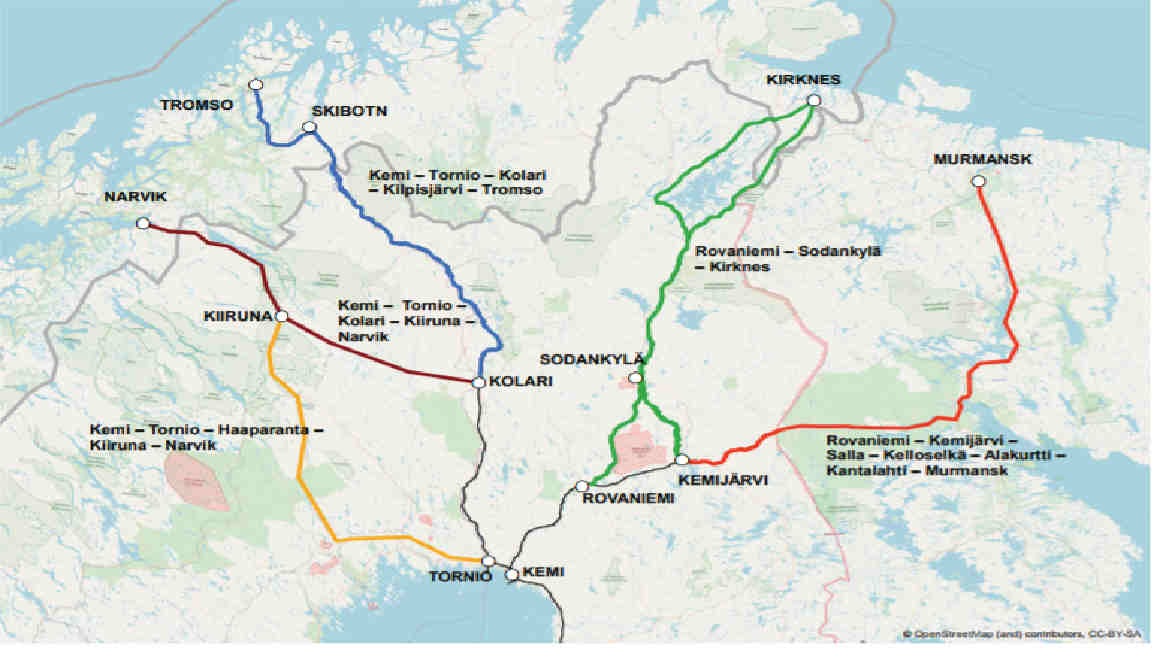 Meanwhile, Arctic railway projects have also provided China a chance to enter the region, as the construction of an Arctic Corridor may become the shortest, most direct route for goods between Asian and Europe.

Sabina Lindström, Director of Finland's Ministry of Transport and Communications, told the People's Daily Online that five different railway plans were examined by Norwegian, Finnish and Swedish authorities, while the solution that routing to the Arctic Ocean via Oulu, Rovaniemi and Kirkenes will be examined further, with a possible study report to be concluded in December 2018.

"If the construction of the Arctic railway could be realized, it would promote connections with all of Europe and Asia. We are looking for alternative models of financing and large-scale infrastructure projects and have a positive attitude toward innovative solutions and international cooperation," she added.

Though China and the Nordic countries have yet revealed any intentions for cooperation on the railway project, China has suggested in its Arctic White Paper that it will work with countries bordering the Arctic Ocean to build infrastructure such as roads and communication facilities in order to improve connectivity and commercial feasibility in the Arctic transportation field.

"Concrete plans and financial arrangements for all kinds of Arctic railway projects will not be made overnight, so we have to be also patient, yet we need to stay active discussing the issue," said Mäki-Reinikka.

The emergence of transportation projects in the Arctic region happens to coincide with China's first-ever Arctic White Paper, which was announced in January. The document had long been expected, as China's non-Arctic players, including South Korea and Japan, established the Arctic Strategy Master Plan in 2013 and Arctic Policy in 2015 respectively.

In the document, China has emphasized its interests in opening trade routes and exploring natural resources as well as recapitulating two known pillars of its polar policy which are in line with the needs of many Arctic countries.

"China’s vision concerning the sustainable utilization of the Arctic resources shows that it shares much of interests with the EU. I understand that like Finland, the other Member States of the European Union and many of its institutions are carefully studying China’s initiative," said Mäki-Reinikka.

China’s initiative to build a Polar Silk Road is expected to promote cooperation with Nordic countries in the aspects of transportation and infrastructure. Being members of the China-initiated Asian Infrastructure Investment Bank, the Nordic countries may be able to collaborate within the framework of China’s Belt and Road Initiative, which they were originally not included.

"We welcome the interest China is showing [to the Arctic] because we feel that the resources and intelligence China possesses will be helpful for us. All of this could also develop future cooperation in aspects such as shipping and logistics," said Gunnarsson.