BRI NEWS BRI a symphony being played by all countries: Arab official

BRI a symphony being played by all countries: Arab official 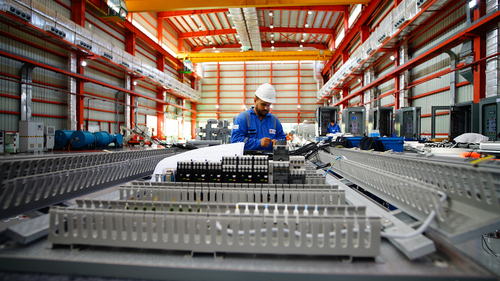 “The Belt and Road Initiative (BRI) is for the good of humankind,” said Mahmoud H. Elamin, head of the Mission of the League of Arab States in Beijing, during a recent interview with People’s Daily Online.

China and the Arab world have forged deep and historic relations for centuries, since the ancient Silk Road was first explored. In 2014, this relationship reached new heights as President Xi Jinping put forward the idea to jointly advance the BRI with Arab countries during the Sixth Ministerial Meeting of the China-Arab States Cooperation Forum (CASCF). So far, 18 Arab nations have inked cooperation deals on BRI with China.

Under the framework of BRI, Arab states and China have witnessed extensive cooperation in such fields as infrastructure, energy, investment and trade guided by the principles of extensive consultations, joint contribution and shared benefits, said Elamin, noting that the volume of trade between China and the Arab world now totals $200 billion a year.

Several projects have already been carried out, such as the Hassyan Clean Coal Power Plant in Dubai, Attarat Oil Shale Power Plant in Jordan, and China-Egypt Suez Economic and Trade Cooperation Zone, he added.

The BRI, Elamin explained, accords with the development strategies of many Arab countries, such as Saudi Arabia’s Vision 2030 and Jordan’s 2025 Vision, laying a solid foundation for stronger synergy of BRI cooperation between China and Arab countries. 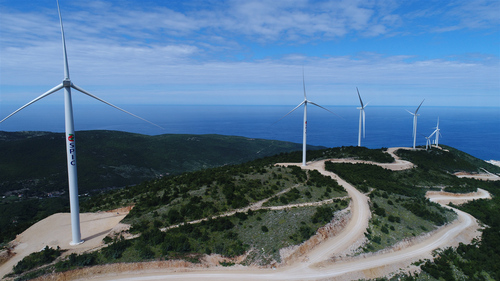 This year, the cooperation was lifted to a higher level as the second Belt and Road Forum for International Cooperation (BRF) was successfully held in Beijing in April, attracting wide attention from Arab states as well as sending a positive message of strengthening international economic cooperation and building an open global economy.

“I remember one very important phrase said by [China’s] Foreign Minister. He said that the BRI is not a solo; it’s a symphony that is being played by all countries,” said Elamin.

The Arab official also highly praised the achievements China has made in the past few decades, especially since the reform and opening-up 40 years ago.

“Nobody imagined that China could achieve all this development within such a limited time. This development is not only limited to one aspect; it is in every aspect of life, such as poverty alleviation, the general economic situation, high-tech and openness with other parts of the world,” he said, expressing his belief that China will make greater contributions to global development and prosperity.

“The BRI might have begun in China, but its opportunities and outcomes belong to the world. I believe that this initiative is going to have far-reaching positive consequences for the whole world,” he said.