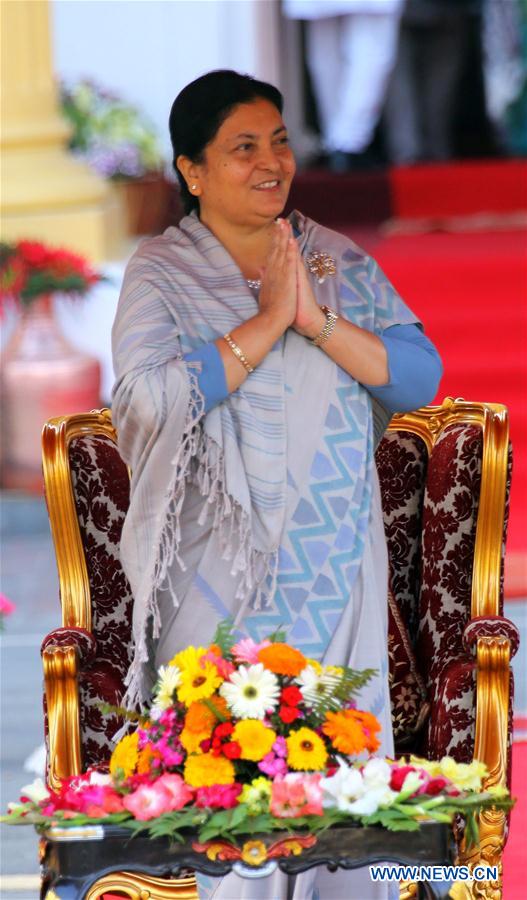 In a recent interview with Xinhua in Kathmandu, the president spoke highly about the Belt and Road Initiative.

President Bhandari, who is to attend the second Belt and Road Forum for International Cooperation in Beijing accompanied by a high-powered delegation, said that the initiative is a very good concept and the Nepali people have heartily welcomed it.

"This initiative has brought the different communities and civilizations of the world in close proximity and it has an ideal objective of accepting identities of all people and guaranteeing their co-existence," she said.

She was of the view that the world community will be benefited from the BRI. The upcoming forum will make evaluation on the achievements made earlier and based on the review will touch on future efforts, she noted.

"Nepal's bright future depends on the bright future of China and the benevolent attitude of China towards Nepal. As we are bordering neighbors, our destiny is connected with each other. This is what I feel," the president said.

Nepal is now working with China to establish the Trans-Himalayan Multi-dimensional Connectivity Network as part of the Belt and Road Initiative, she said.

The Nepali president said that the BRI will play an important role in conserving the environment of the world, finding ways to sustainable development of all peoples in the world and sharing the benefits of new scientific and technologic inventions.

She expressed her best wishes for the success of the second Belt and Road Forum for International Cooperation.

"In this context, I believe, Nepal's engagement under the BRI framework and participation in this summit will help to fulfill Nepali people's longing of development," she said.

The Nepali president compared the entire world as a garden, countries as flowers and Belt and Road Initiative as garland.

"There are different kinds of flowers with different colors in our gardens and we can make beautiful garland by joining the flowers together. Belt and Road Initiative can make a beautiful garland," she said when referring to cultural and connectivity cooperation among the participating countries under the BRI framework.

"We have to make BRI successful and take it forward for the world peace. The world community and partner countries will benefit by the initiative of Belt and Road," said the Nepali president.