On a highway in Horgos, drivers speaking different languages transport goods in and out of China. Meanwhile, China-Europe trains pass through customs from Kazakhstan, bringing vitality to the city that also thrived on the ancient Silk Road. 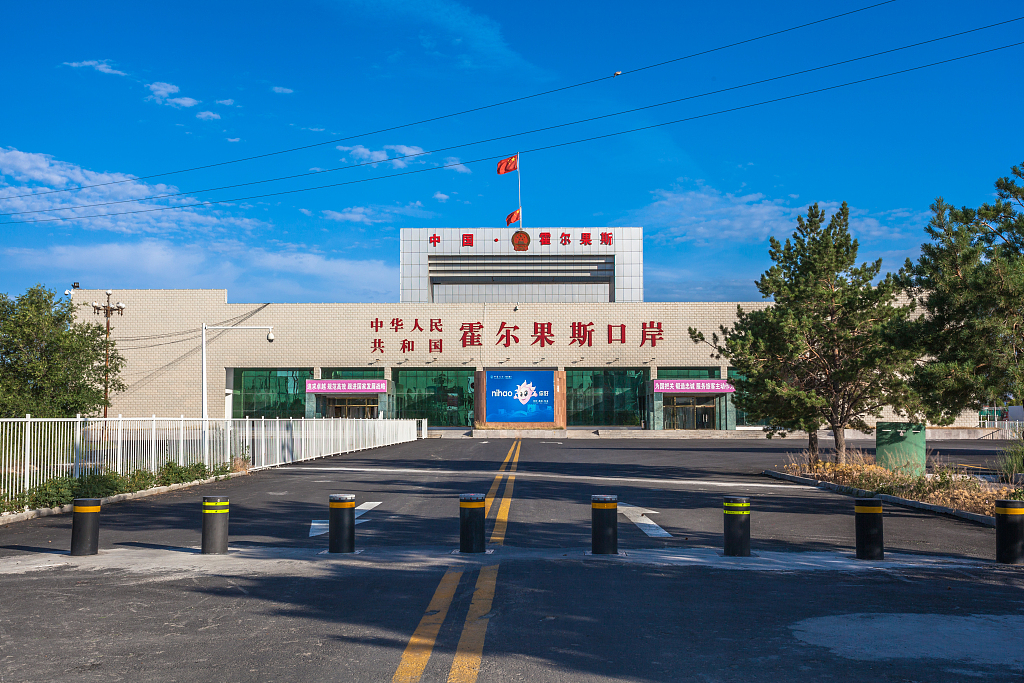 Xinjiang borders eight countries, and has a host of land ports involved in international trade on the ancient Silk Road. Authorities have expanded opening-up efforts in recent years as part of the Belt and Road Initiative.

In January, Xinjiang's total foreign trade stood at 13.94 billion yuan (about $2 billion), up 11.7 percent year-on-year, according to Urumqi Customs.

Last year, imports and exports between Xinjiang and 36 countries along the BRI rose by 13.5 percent year-on-year to about 291.5 billion yuan.

Behind all the prosperity is the BRI, which is gaining steam.

An international Belt and Road forum was held in Beijing in April.

It was attended by representatives from more than 100 countries, including about 40 government leaders.

The forum gave a boost to people-to-people connectivity among countries participating in the development of the initiative.

In recent years, China has signed 171 BRI cooperation documents with more than 150 countries and international organizations.

The benefits derived from opening-up policies have extended beyond the economic sector.

In the past few months, many foreign officials and media delegates have visited farmers, artists and people involved in religious affairs to learn more about the region's opening-up efforts.

Senior diplomats from the permanent missions of eight countries to the UN Office at Geneva, Switzerland, visited Xinjiang from Feb 16 to 19 at the invitation of the Ministry of Foreign Affairs.

Diplomats from Pakistan, Venezuela, Cuba, Egypt, Cambodia, Russia, Senegal and Belarus spoke with trainees at vocational education and training centers, interacting with clerics and other members of the public during their visit.

In recent years, a rising number of international students have pursued education in Xinjiang.

At Xinjiang Normal University, student Irbay Lahat, from Kazakhstan, is studying Chinese, calligraphy and martial arts with classmates from countries such as Russia, Kazakhstan and Kyrgyzstan.

"Learning Chinese will help me to find a better job in Kazakhstan," he said. "I want to pursue further education in another city in China after graduation."