SHANGHAI, Aug. 26 (Xinhua) -- The Port of Hamburg has become the largest sea-rail combined port in Europe thanks to the Belt and Road Initiative (BRI). 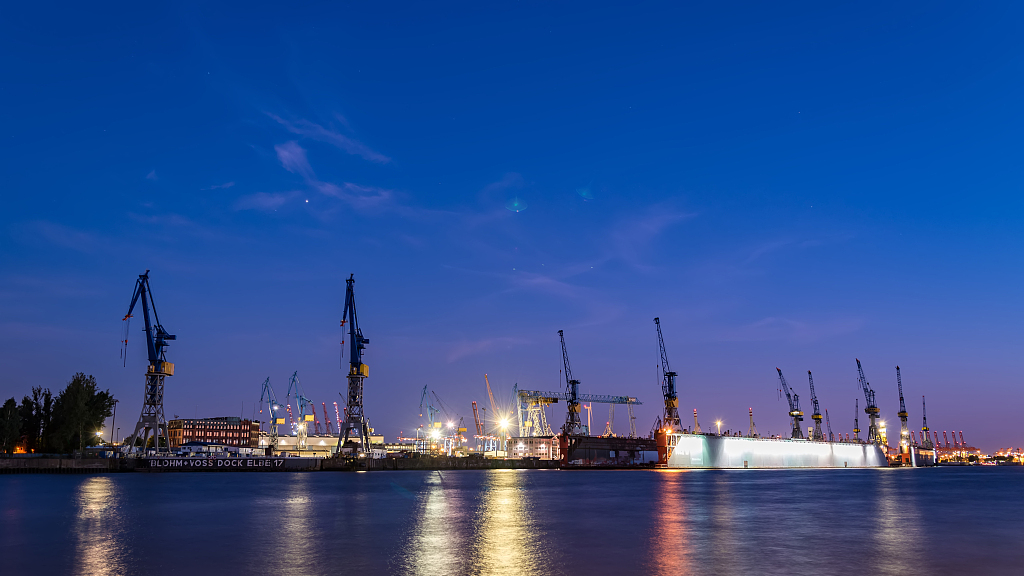 About one-third of freighters at the Port of Hamburg are bound for China or originate there, and more than 30 international cargo trains commute between Hamburg and Chinese cities every week, said Peter Tschentscher, the first mayor of Hamburg at the Shanghai-Hamburg Business Forum on Monday.

The BRI has boosted Hamburg's role as the gateway for Chinese enterprises to enter Europe and has brought us new opportunities of development, he said.

Hamburg's official data showed that more than 550 Chinese companies have invested in the northern German city, and every year about 4.8 million standard containers are transported by sea between Hamburg and China, which is "more than any other port in Europe," said Tschentscher.

Angela Titzrath, chairwoman of the Executive Board of Hamburger Hafen Und Logistik, said that Hamburg has been trying to strengthen its status as a main global hub in recent years with more efforts focused on Asia, especially China.

She estimated that rail cargo volume between Hamburg and Chinese cities is expected to exceed 600,000 standard containers by 2025 thanks to the BRI. Beyond Germany, many Central and Eastern European countries also trade with China through Hamburg, the central freight handling hub for transport along both the maritime and overland Silk Road, according to Titzrath.

The BRI, proposed by China in 2013, refers to the Silk Road Economic Belt and the 21st Century Maritime Silk Road, aimed at building trade and infrastructure networks connecting Asia with Europe, Africa and beyond.