The 2nd Belt and Road Forum for International Cooperation (BRF), which opened on April 25 at the China National Convention Center in Beijing, has sparked lively discussions and reaped fruitful results. 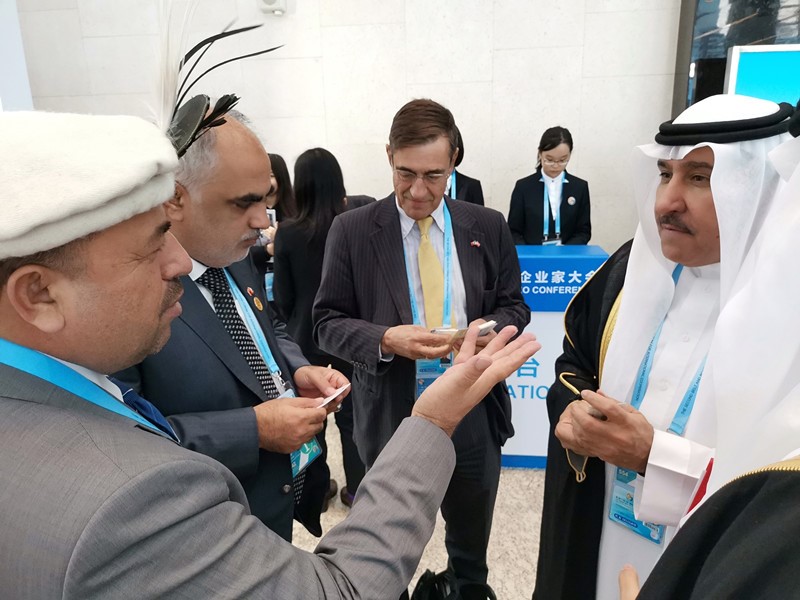 Entrepreneurs have business negotiations at the Belt and Road CEO Conference during the 2nd BRF. (Photo:Meng Xianglin/People’s Daily)

Twelve sub-forums were held during the 2nd BRF, twice that of the first forum. The Belt and Road CEO Conference, which was the first time be included in the BRF, was attended by around 900 representatives from home and abroad and held nearly 1,000 business matching meetings.

So far, a number of positive results have been released at the forum, including the signing of inter-governmental agreements and that on projects between Chinese and foreign enterprises.

People have reasons to believe that the 2nd BRF is a successful one.

The topics for discussion at the forum ranged from policy coordination, innovation, people-to-people bond, green development, exchanges between think tanks, and economic and trade cooperation.

The participants conveyed a common message that the Belt and Road Initiative (BRI) has changed the world’s landscape of development since it was initiated 6 years ago.

As former Pakistan Prime Minister Shaukat Aziz expressed, the joint construction of the BRI, which connects various countries across the world with each other, is changing people’s views about the development of the world.

With many developing countries having already benefited from the BRI, the world is ready to fully embrace this ambitious initiative, said Aziz.

Many participants expressed that it is the principle of extensive consultation, joint contribution, and shared benefits that makes the BRI unique, and that the key point of the initiative is that all the endeavors under its framework aim for shared benefits, so that inclusive economic development could be achieved and a community with a shared future for mankind could be built.

The BRI is a project of the century that came at the moment when people are still tapping into the potential of the fourth industrial revolution, said Iqbal Survé, executive chairman of South Africa-based Independent Media, comparing the con-construction of the Belt and Road, which is proceeding smoothly, to the fifth industrial revolution.

Africa is ready for further endeavors under the BRI, Survé said.

During the forum, many participants talked about how the BRI has helped build emotional bond around the world. Indeed, the BRI construction featuring boosting connectivity is not merely aimed at delivering material prosperity and benefits to the world, but more importantly intensifying people-to-people exchanges and bonds.

With pragmatic cooperation, the BRI has created great opportunities for the people along the BRI routes, forging closer ties among people of different cultural backgrounds.

Over the past 6 years, the world has given more praise to the BRI, precisely because the latter has yielded tangible achievements. As facts have explicitly demonstrated, the construction of the BRI is not only about common prosperity, but also emotional bond, which is the special charm of the BRI.