BRI can make a difference in enhancing economic development

Editor’s note: Michele Geraci is the Undersecretary of State at the Italian Ministry of Economic Development. He gives an insider’s view explaining why Italy decided to beef up its engagement with China through the Belt and Road Initiative (BRI) and expresses his confidence that there will be more countries following suit. 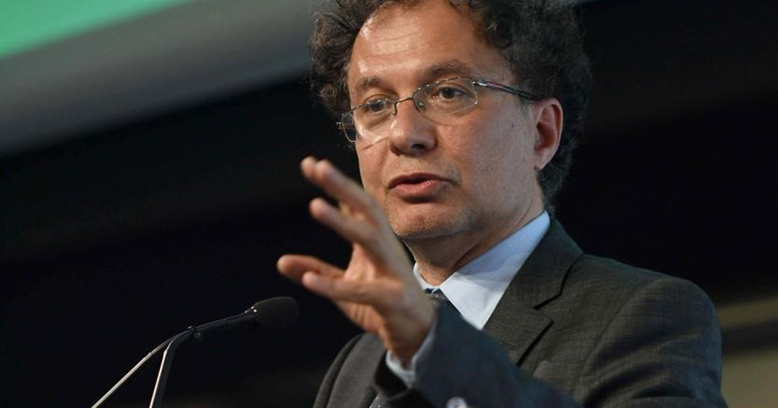 As the second Belt and Road Forum for International Cooperation closes in Beijing, I find it important to draw some conclusions from what emerged during these last few days and weeks and what the next steps can be with regards to the relationship between China, Italy and Europe in general.

The year has started with Italy announcing its intentions to sign the MoU on the BRI with China, a piece of news that had initiated a series of criticisms toward the Italian Government and me, in particular, from both domestic opposition parties and from several foreign, mostly Western, observers, including the EU. However, as it is often the case when someone does not read the content of the document being discussed, this criticism was mostly based on hypothesis and conjectures that had not much to do with reality.

The broken record sounded like this: “Italy’s joining the BRI weakens the position of the EU that needs to take a united position vis-à-vis China.” To which I responded that Italy was not the first country in the EU to sign since about half the other countries have already joined the BRI and, as it was obvious to me but not to the European critics, every and each country that is part of the EU has equal standing, no matter its size and its economic power.

Then there was the “Italy is the first member of the G7 to sign,” to which I responded that Italy, for once, was indeed regaining its role as a leading member of the international community and that being a leader, sometimes, means moving ahead of the pack to set the stage. In all examples of human progress, if one wants to move forward, one must lose one’s balance for a while. Only by doing this can motion then be achieved. This is what we did, and far from feeling isolated, as we were pictured, we felt like leaders do when they are ahead. If the step is correct, others will follow. And indeed, as I had predicted a month ago during the Boao Forum, two more countries joined the BRI: Luxemburg and Switzerland. Luxemburg is of course a founding member of the EU (the 1957 version, Treaty of Rome) and the home country of the EU’s President Juncker.

The fierce criticism of the first few days, however, started to relax after Italy published the full content of the MoU and information on the 29 agreements signed in Rome during President Xi’s visit. Other countries, as mentioned, have joined. I still believe other Western countries will offer their support to the BRI. With the deepening of the definition and scope of the Belt and Road that President Xi has highlighted during the forum, I believe that little by little the initial worries and misunderstandings about the meaning of the initiative will be dissipated. For me, looking at it from a purely economic point of view, building infrastructure and transport across Asia, Europe, Africa and any part of the world is key to a sustainable development of mankind, within the respect of national interests and domestic development strategies. Roads don’t just bring goods, they bring prosperity.

But our job has of course not ended with the signing of the MoU and with the BRI forum. The real work starts now. China, Italy and all countries involved now have the responsibility to show to the world that not only those criticism and challenges are being dealt with successfully, but that the BRI can actually make a difference in enhancing economic development. As far as I am concerned, I see improvements in the Italy-China relationship being focused on the current account, that is improving terms of trade, and allowing Italy to catch up with the role that its European partners of similar size have when it comes to trade with China, rather that seeing a major growth in China-to-Italy foreign direct investment. President Xi during the BRI Forum has indeed expressed concepts very close to what I have been saying over the last few months, that is, Italy’s leading role, the positive language contained in the MoU that could be used as a template for other countries that wish to join, and the likelihood that other Western countries would indeed join.

It seems then that our two countries are indeed on a positive path to strengthen commercial relations and I will do my best to ensure that this is achieved in the shortest possible time frame.

Michele Geraci is the Undersecretary of State at the Italian Ministry of Economic Development. He is a former Investment Banker and Electronic Engineer and an expert on Chinese economy. He was assistant professor of finance at Nottingham University Business School, China. He was also the head of China at the Global Policy Institute and adjunct professor of finance at New York University, Shanghai and at Zhejiang University. Information and views set out in this article are those of the author.