The shooting of a documentary that turns spotlight on how the Belt and Road Initiative changed the lives of Hakka people in recent years began on Nov 2. 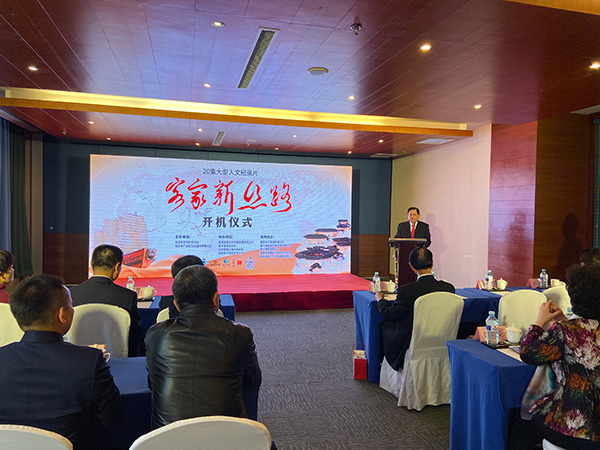 Shooting of a documentary on the lives of Hakka people began on Nov 2. (Photo: China Daily)

The production unit will interview 20 Hakka people who have devoted themselves to cultural prosperity, scientific and technological development, and improvement of the national economy and people's livelihood in China and other countries involved in BRI.

They will introduce stories about the evolvement of the community and how the community members protect their own cultures, run successful businesses and actively conduct exchanges with people from foreign countries, therefore remarkably contributing to the growth of a booming Maritime Silk Road.

Zhang Weichao, former vice-director of Overseas Chinese Affairs Office of the State Council, said as the BRI receives wider and wider recognition around the globe since being proposed, Hakka people have played an increasingly important role in passing down traditional Chinese culture and driving international cooperation between China and other countries. The documentary will allow the audience to experience the spiritual outlook of Hakka people.