BRI NEWS BRI helps participating countries get out of trap of 'no development': Chinese envoy

BRI helps participating countries get out of trap of 'no development': Chinese envoy

SUVA, April 9 (Xinhua) -- As the China-proposed Belt and Road Initiative (BRI) has benefited many participating countries including those in the South Pacific over the past six years, it is, in fact, not a so-called debt trap, but a development dividend to help many countries get out of the trap of "no development," the Chinese ambassador to Fiji said on Tuesday. 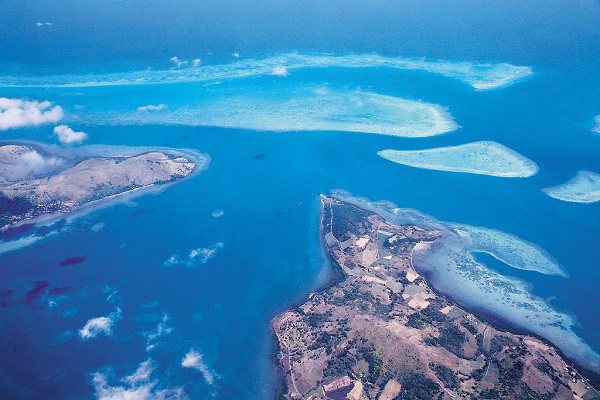 "As a matter of fact, no country has got trapped in a debt crisis since its participation in the BRI. Quite on the contrary, it is through participating in BRI cooperation that many countries including those in the South Pacific region have got out of the trap of 'no development'," Chinese Ambassador Qian Bo told Xinhua while briefing local media on the BRI.

The BRI, proposed by China in 2013, aims at building a trade and infrastructure network connecting Asia with Europe and Africa along the ancient trade routes of the Silk Road to seek common development and prosperity.

Dismissing the so-called "debt trap" as simply "a misunderstanding, misrepresentation and even biased view of the BRI," Qian said the BRI is generally applauded and supported by the international community, but China has also noticed that some people have expressed different views about the BRI, claiming that the initiative is China's geopolitical tool and could lead some countries to fall into a debt trap. Such views are less than objective or balanced.

"The BRI is an initiative for economic cooperation that supports common development. All parties involved are equal participants, they have all contributed to the initiative and benefited from it. The BRI is open, inclusive and transparent. It does not harbor any hidden geopolitical agenda, nor is it designed to form an exclusive circle or impose discriminatory trade terms on others," he said.

"Decisions made under the BRI framework, whether project selection or investment and financing cooperation, are all based on full consultation among the parties and on the basis of conducting due risk assessment and investment feasibility study."

The ambassador made it clear that China and other 27 countries have jointly adopted the Guiding Principles on Financing the Development of the Belt and Road, which highlights the need to ensure debt sustainability in project financing. In case China's cooperation partners face difficulties in servicing debts, China will properly address this issue through friendly consultation, and will never press them for debt payment.

Qian stressed that no one is in a better position to repudiate the so-called "debt trap" allegation than the BRI participants themselves.

"As a matter of fact, the governments, business communities and the general public of many countries that have participated in and benefited from the BRI have spoken up and debunked such groundless assertions with facts and figures," he said.

"Just set the South Pacific Island nations as an example, many countries in this region have benefited from the BRI which has delivered fruitful outcomes in boosting economic growth and improving people's lives in the countries."

Qian believed that China will continue to work with all other parties concerned to create even more opportunities and deliver even more fruitful outcomes.

By improving connectivity between countries, BRI cooperation has strengthened economic ties and people-to-people exchanges between them, thus binding them together closely with shared interests. This will naturally build extensive consensus, enhance cooperation, and ultimately promote development for all, the ambassador added.

He said that the Second Belt and Road Forum for International Cooperation (BRF) will be held in Beijing in late April this year, and the BRI is providing a new platform and new opportunities for fostering closer ties between countries.

BRI cooperation is not a talk shop, but an action-oriented initiative that delivers real outcomes, Qian pointed out. The second BRF is expected to produce a full range of outcomes, including both governmental cooperation agreements and initiatives, and concrete cooperation projects involving participation of the business sector.

The ambassador hoped that the South Pacific island countries, including Fiji, and China can deepen and expand the mutually-beneficial cooperation through the framework of BRI.