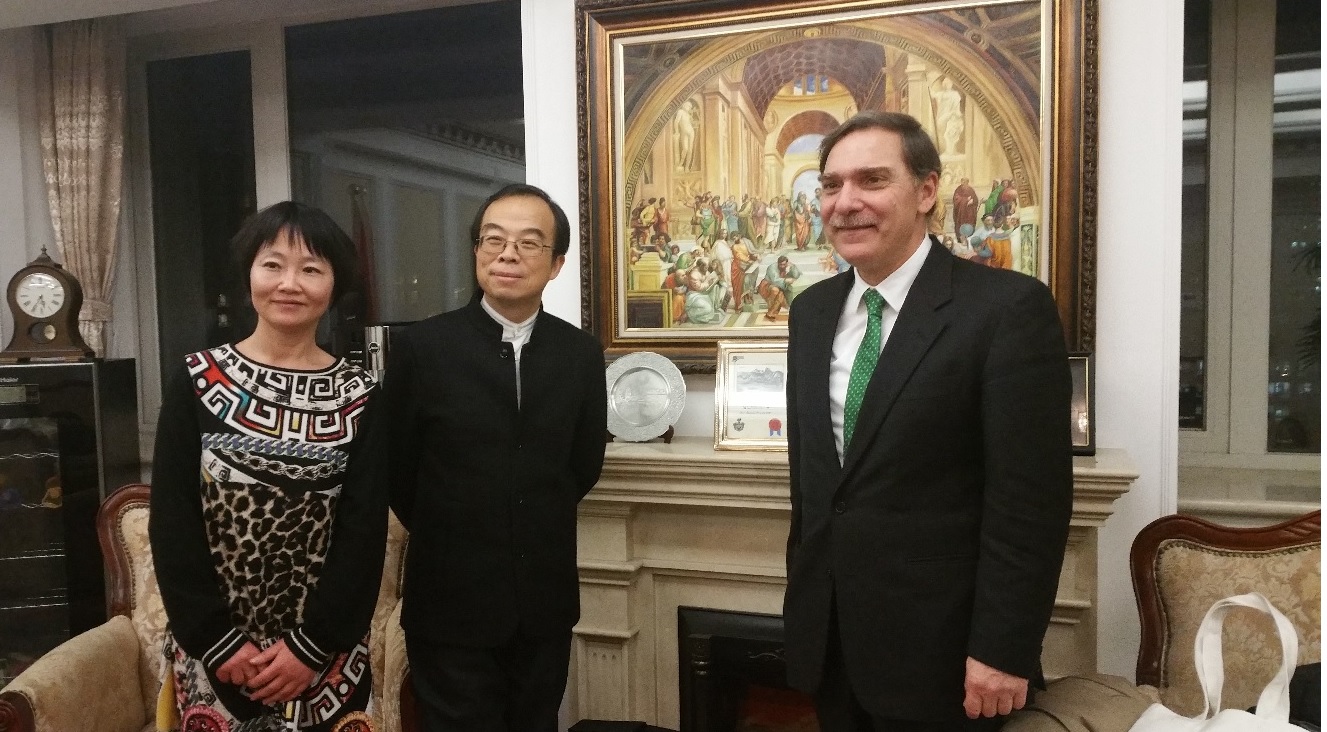 "For us, it's ascending economic phase, the Belt and Road presents itself as a good opportunity. The numbers are good for both trade and investment," said Rokanas.

The ambassador said the Port of Piraeus stands out as a successful example of cooperation under the Belt and Road framework.

"It stands out, not only because it's been one of the most long-standing projects we've had... But because I think it is very successful. And it is very productive and mutually beneficial for both."

He believes the port could be used as an example or as a symbolic project - also not just for Greece, but for other countries that are interested in Chinese investment or Chinese collaboration.

"They could emulate some of the things we've done together with the Chinese in the Port of Piraeus," the ambassador added.

For future cooperations, the ambassador emphasized on the MOU China and Greece signed last May during the summit of the Belt and Road.

"This memorandum is about collaboration in infrastructure logistics, but also in energy, and also in telecommunications and in finance. All of these are very important sectors for us. And of course, the collaboration has already started the application of this memorandum."

Rokanas said Greece welcomes China's further opening up, and hopes to join the 16+1 initiative of China.

"It is connected in my view - and complementary to - both the European Union Project, but also to the Belt and Road. And we have already as you know, submitted a request to become a full member of the 16+1. Now we are an observer state in this initiative", he stated.

"We hope to be able to benefit from the economic collaboration within that very friendly group of countries," he added.