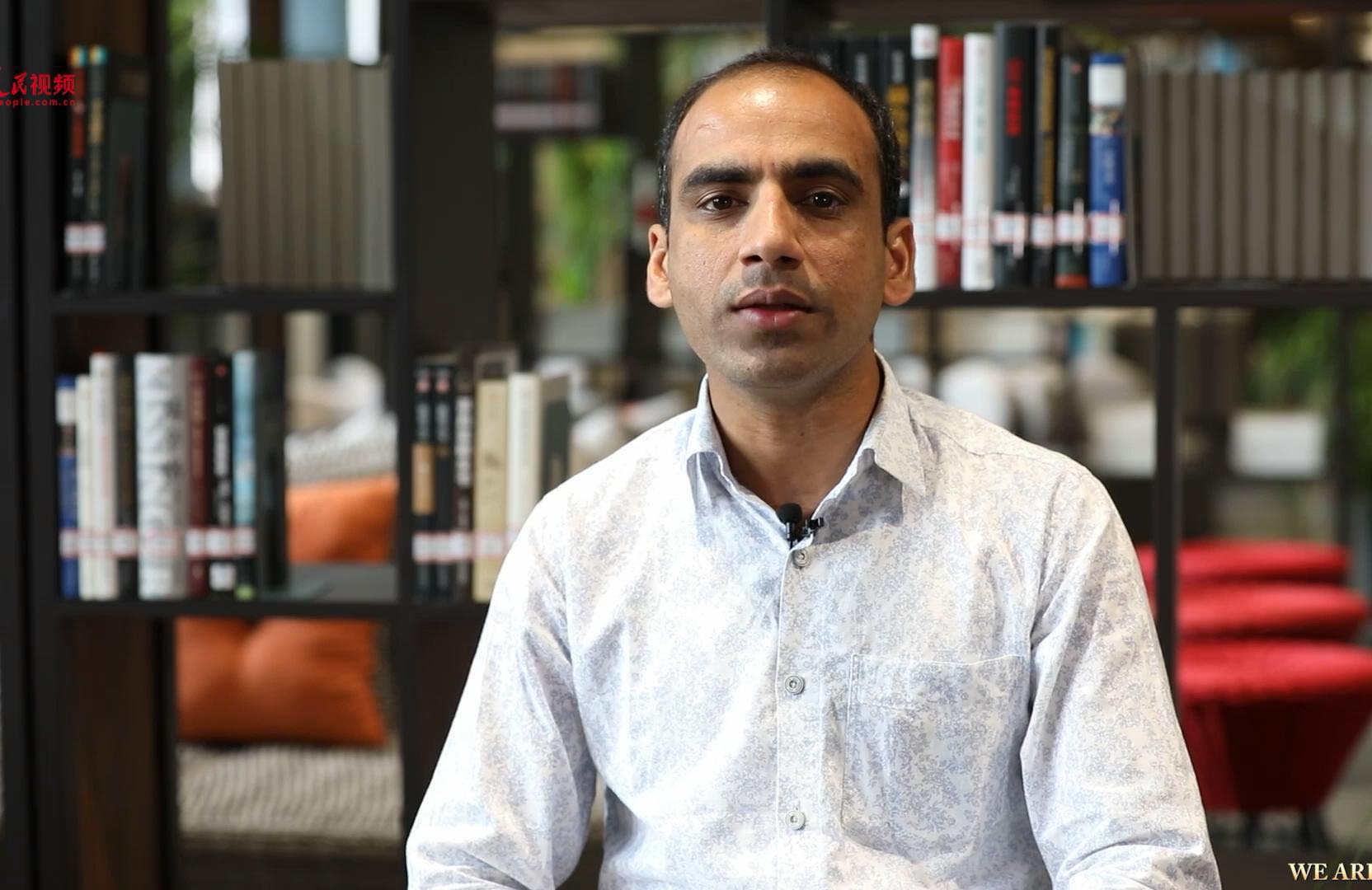 China's Belt and Road Initiative (BRI) is an economic pie, thanks to itsscale and multi-faceted layers of cooperation. The BRI ensuresdeeper cooperation and synergy to participating countries.

For sure, the BRI has brought people closer with economic integration and robust infrastructure for the shared future of mankind.

My country, Nepal, officially joined the BRI in 2017 by signing an MoU during the premiership of Pushpa Kamal Dahal ‘Prachanda’. Though there were some lukewarm responses to the China-promoted landmark initiative, Nepal firmly believes that such a visionary approach offers opportunities for collaboration, partnership and cooperation for mutual benefit.

A large section of policymakers, diplomats, development workers and officials believe that there remains a high chance for collaboration to help propelthe country's economy by creating a value-chain for mutual advantages once some projects under the BRI framework go into operation.

Amid such circumstances, Nepal's President Bidya Devi Bhandari paid her state visit to China at the invitation of Chinese President Xi Jinping and attended the opening ceremony of the second Belt and Road Forum for International Cooperation in April. During her visit, she expressed Nepal's firm support forthe BRI. In her remarks, she highlighted the need for better cooperation to ensure enhanced connectivity to achieve sustained growth and development.

President Bhandari held talks with President Xi, and seven agreements were signed by the two countries. The signing of an agreement on transit and transport remained the most crucial,and is a cornerstone of Nepal-China relations. This is because it has officially ensured landlocked Nepal's right to sea.

Likewise, the Nepal-China railway project and trans-Himalayan multi-dimensional connectivity is something to be celebrated by Nepalis. The project would be a game changer because it would unlock Nepal's development opportunities in the long run.

The BRI is deemed a pool of opportunity as the long-awaited dream of rail comes true. This shall be the most important part of the BRI for Nepal, as rail would overhaul the existing development impasses.

Furthermore, Nepal and China have witnessed a huge number of cultural exchange programs since the BRI agreement. The China Cultural Centre was established in Nepal, and many cultural teams have made bilateral visits, while more people have chosen to study the Chinese language.

Aside from hardware, there are also rosy days ahead in software. Since Nepal joined the BRI, more Nepali students are obtaining scholarships to attend Chinese universities. The scholarship quota for Nepal has risen. By offering scholarships, the BRI is also supporting Nepal in its social engineering. So, Nepal hopes that BRI projects will contribute to Nepal's lasting peace and stability through job creation, and help u-turn the current underdevelopment by constructing mega projects under the framework of the BRI.

China's recent miraculous development is an opportunity for Nepal to materialize its urge for development.

(The author is a senior vice editor with the National News Agency, Nepal and is currently participating in the China Asia Pacific Press Center 2019 program in Beijing.)