Media outlets at home and abroad have responded positively after Chinese President Xi Jinping proposed to build a news alliance for the Belt and Road Initiative (BRI) at the first BRI forum held in 2017 as part of the country's efforts to boost people-to-people exchanges. 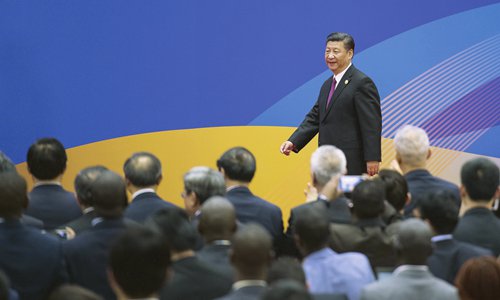 Chinese President Xi Jinping arrives for a news conference after the round-table summit with foreign leaders at the first Belt and Road Forum for International Cooperation in May 2017. (Photo: Xinhua)

After two years' efforts, coordinated by Beijing-based People's Daily, the Belt and Road News Network (BRNN) has signed up 182 media outlets from 86 countries.

The network is a significant measure to implement the cooperation consensus reached during the first BRI forum and for people-to-people exchanges along the BRI routes.

On Tuesday, it is scheduled to hold its first council meeting in Beijing to further boost media cooperation and exchanges. The meeting is held two days ahead of the second Belt and Road Forum for International Cooperation, scheduled from Thursday to Saturday in Beijing.

A total of 40 influential media outlets from 25 countries have been invited to be council members.

The BRNN eyes to expand greater BRI cooperation opportunities and people-to-people exchanges, and is expected to be an information expressway to further boost implementation of the initiative.

It is a shared mission for many media outlets to better introduce and promote the development of the initiative.

Former Pakistan journalist Javed Akhtar called for a mechanism for wider cooperation between media. He said a long-term and stable news cooperation mechanism is expected to tell the stories of the BRI well.

Fernando Garea, president of Spain's Agencia EFE, also praised the idea, and expressed an interest in the alliance. Nicolau Santos, president of Portugal's Agência Lusa, said the agency is willing to participate in the mechanism to jointly cope with challenges that traditional media face with the development of technology.

The BRNN has finalized its bylaws and work plans. Its members and council members cover Asia, Africa, Europe, Latin America, Middle East and Eurasia, including major countries along the BRI routes. 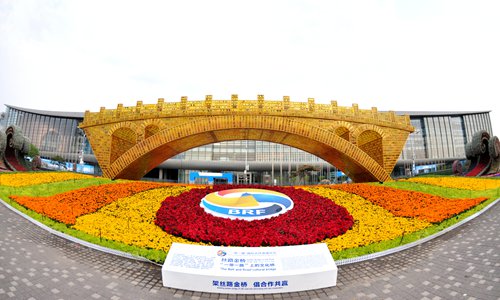 A parterre is displayed in downtown Beijing for the second Belt and Road Forum for International Cooperation, which is to be held from Thursday to Saturday in Beijing. (Photo: IC)

While attending the fourth Media Cooperation Forum on Belt and Road in 2017, some foreign journalists said that the trip made them realize that China's development in economy, science and technology is way beyond their imagination.

To better facilitate inter-media connection, the People's Daily has been hosting the Media Cooperation Forum on Belt and Road for five years in a row since 2014.

The largest one had attracted 265 domestic and foreign media outlets and institutions, as well as guests from 126 countries and international organizations.

When the third Media Cooperation Forum on Belt and Road was held in Beijing in 2016, Chinese President Xi Jinping said in a congratulatory letter that the forum could be a platform for foreign media to promote understanding and trust from people of different countries, and to play a proactive role in the implementation of the BRI.

During the past five years, the forum has yielded positive results, such as joint statements, MOUs for bilateral cooperation, alliances of new media among Belt and Road countries and building multilingual news reporting platforms.

It has become the largest and most widely participated media event in China to promote practical cooperation among media from different countries.

The forum is a platform for international media to have dialogue and seek cooperation. It is also a bridge to boost understanding and communication of different cultures, said Pavel Negoitsa, general director of Russian newspaper Rossiyskaya Gazeta.

The People's Daily has promoted cooperation among media from different countries using various approaches, such as hosting round table meetings between Chinese, Japanese and South Korean journalists and media trips for influential Chinese and Russian media outlets. It has signed MOUs with 39 media outlets in 28 countries to boost information and resource exchanges.

Dzmitry Zhuk, director and editor-in-chief of Belarus Today Publishing House, said that readers of their newspaper and website are interested in China-related news and the website has started a section to publish such stories. 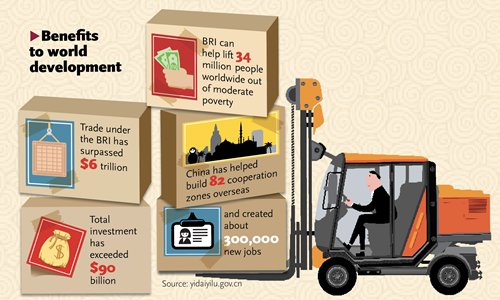 Taufiqurrohman Mohamad, deputy chief editor of The Jakarta Post, said that the news alliance is expected to have an irreplaceable role. It will facilitate media connection and exchanges so that the initiative could have a bigger influence and attract wider participation, he said. 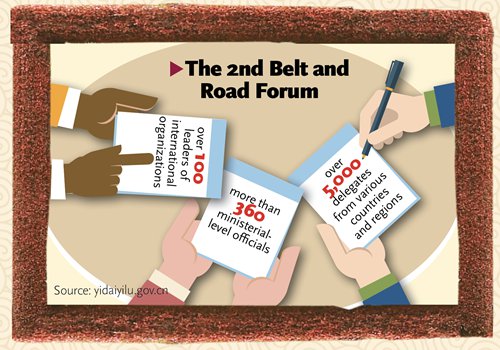 The senior journalists noted that the BRNN is an international and open organization that highlights coordinated efforts and mutual assistance among members. It is expected to uphold the spirit of openness, cooperation, inclusiveness and win-win results to boost exchanges and clear misunderstandings.

Inter-media cooperation has been thriving in the past five years. The television program The China Connection, co-produced by the South Africa branch of people.cn and a local media affiliated with the Tiso Blackstar Group (formerly Times Media), attracted wide attention among local residents.

The cooperation between the South Africa branch of people.cn and local media TimesLive also helped broadcast breaking news in China through websites and apps in South Africa. 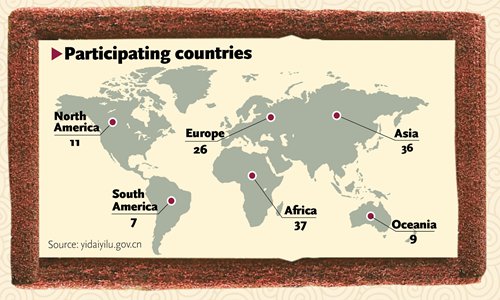 Meanwhile, members of the BRNN will also exchange content and reports and develop new technologies to help members jointly cope with challenges faced by traditional media.

"We are delighted that this council has been established," said Iqbal Survé, executive chairman of South Africa-based Independent Media.

"It once again demonstrates the commitment of the Chinese government to a global integration which leads toward peace and harmony in the world, and the council is an important step in that direction," Survé said.