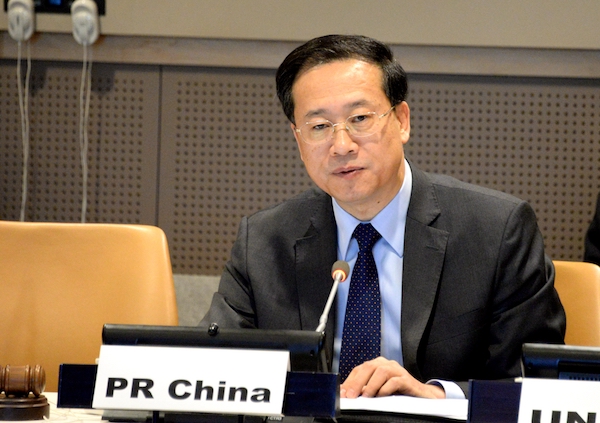 New York (People’s Daily) – “The Belt and Road Initiative (BRI) is China's initiative, but the opportunities and fruits that it presents belong to the whole world,” Ma Zhaoxu, Chinese Ambassador to the United Nations, said on Wednesday.

Ma made the remarks at a high-level symposium called “’Belt and Road’ Initiative and 2030 Agenda for Sustainable Development,” which was co-hosted by the Permanent Mission of China to the UN, UNICEF, UNDP, UNESCO and WHO Office at the United Nations.

In the fall of 2013, President Xi Jinping proposed the initiative of jointly building the Silk Road Economic Belt and the 21 Century Maritime Silk Road. Guided by the principle of extensive consultation, joint development and shared benefits, the BRI aims to “synergize” development strategies of various countries, strengthen international cooperation for shared prosperity in Asia, Europe and beyond, and jointly build a community with a shared future for mankind. 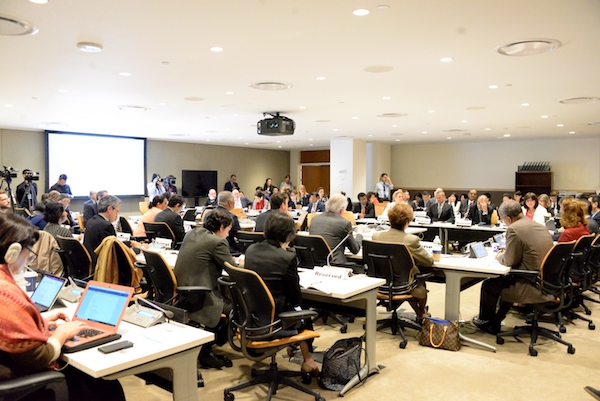 “Over the past five years, the initiative has received a positive response from the international community. More than 100 countries and international organizations have shown support. More than 80 countries and international organizations have signed over 100 cooperation documents with China. A large number of cooperation projects have been implemented. Trade between China and the countries involved has exceeded $ 4 trillion, and total investment exceeded $60 billion. China has opened direct flights with 43 countries along the routes. The cargo trains between China and Europe have completed 7,500 trips. Some 75 economic and trade cooperation zones have been set up, creating more than 200,000 jobs for local people.” said Ma.

Ma emphasized that the BRI is a public good that follows international rules. It is a platform for cooperation that operates in line with the law of the market. “China has proposed the BRI for stronger economic cooperation. It is not about geopolitical rivalry.” he said.

Ma added “Rather than a zero-sum game, China pursues extensive consultations, joint development and shared benefits.” He reiterated that the BRI is an open, transparent and inclusive platform for international cooperation. All those who recognize the Silk Road spirit are welcomed to join.

Ma said that China is ready to work with all parties, under the principle of extensive consultation, joint development and shared benefits, to implement the outcomes of the forum and deliver more benefits to people across the world.