The China-proposed Belt and Road initiative (BRI) has yielded rich fruits in the first five years since it was proposed in 2013 and will continue to be promoted this year in a bid to build an open, free and convenient trade environment for its participants, said a Chinese senior official on Thursday. 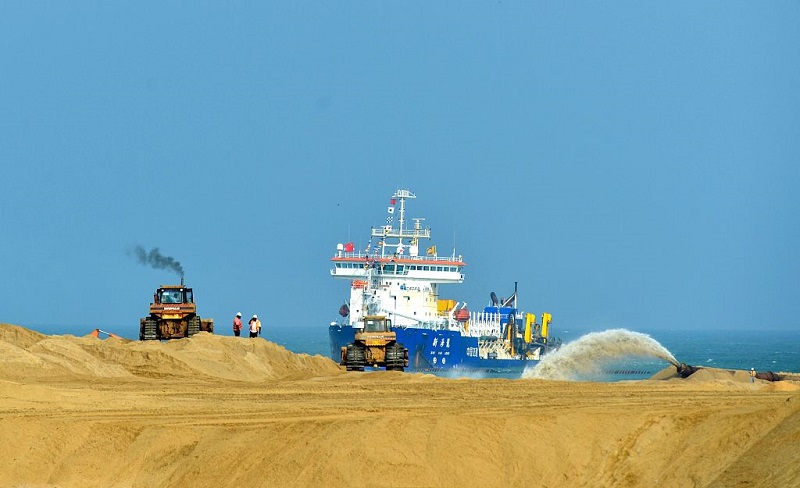 Last year total trade between China and countries and regions along the routes reached $1.3 trillion, up 16.3 percent year-on-year, data from China's Ministry of Commerce (MOFCOM) showed on Thursday, taking up 27.4 percent of China's total foreign trade of $4.62 trillion, according to data released by the General Administration of Customs on January 14.

China's exports to BRI countries and regions increased 10.9 percent year-on-year in 2018, while imports from those places rose 23.9 percent from the previous year.

Chinese enterprises' non-financial direct investment in countries and regions along the routes of BRI was $15.64 billion, up 8.9 percent from the previous year.

Direct investment in China from those places reached $6.08 billion, up 11.9 percent year-on-year, according to MOFCOM.

"In 2019, we'll join hands with related countries to make more progress on BRI. China will continue to open its market further for countries and regions along the BRI routes to share opportunities and meanwhile, we'll promote the inter-opening up between BRI countries and regions in order to create an open economy in the world and realize common development," MOFCOM spokesperson Gao Feng told a regular briefing on Thursday.

"We'll also further promote free and convenient trade and investment in such aspects as inking high-standard free trade agreement with BRI countries which have the willingness as well as boost the cross-border e-commerce," said Gao.

Wang Lingui, a research fellow from Research and Development International, a Chinese Academy of Social Sciences think tank, told the Global Times on Thursday that "from a concept grown up to real-life employment opportunities, infrastructure projects, people-to-people exchanges, BRI's influence is undeniable since it pursues joint consultation, building and sharing." s

The role of China International Import Expo, a platform for conducting cooperation between BRI counties and regions, should continue to play its full advantage, said Gao.