LANZHOU, Sept. 18 (Xinhua) -- The oasis city of Dunhuang in Gansu Province, northwest China will be linked with Lanzhou, the province's capital by bullet trains for the first time around September 20, according to a press statement. 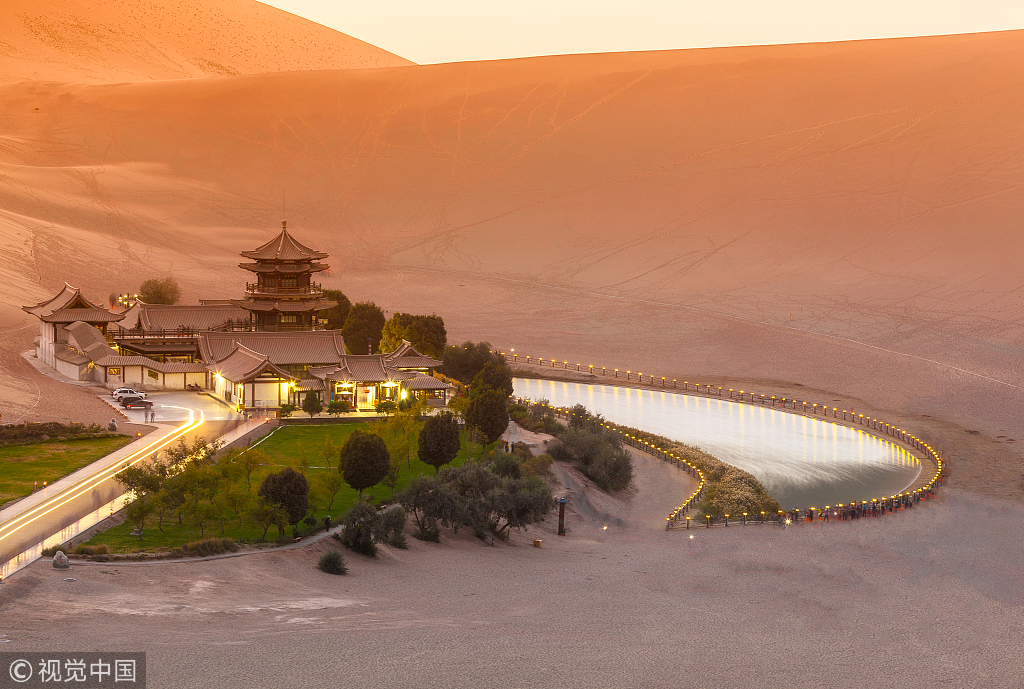 Dunhuang is best known for the nearby Mogao Grottoes, and home to the Crescent Lake and Singing-sand Mountain. The trip between the two cities will take about eight hours, saving five hours compared to regular-speed services. A one-way ticket costs between 324 yuan and 518 yuan.

The new railway consists of two sections, the high-speed railway from Dunhuang to an intermediate station Jiayuguan as a part of the Lanzhou-Urumqi high-speed railway and the Jiayuguan-Dunhuang section of the Dunhuang railway, according to China Railway Lanzhou Group Co., Ltd.

After the rail link is completed, another two bullet train lines linking Dunhuang with two other tourist cities of Gansu will also be put into operation.

As a major stop on the ancient Silk Road, Dunhuang has thrived on tourism since the Belt and Road Initiative was put forward five years ago. According to local authorities, Dunhuang received over 9 million visitors in 2017, a year-on-year increase of 12.3 percent.