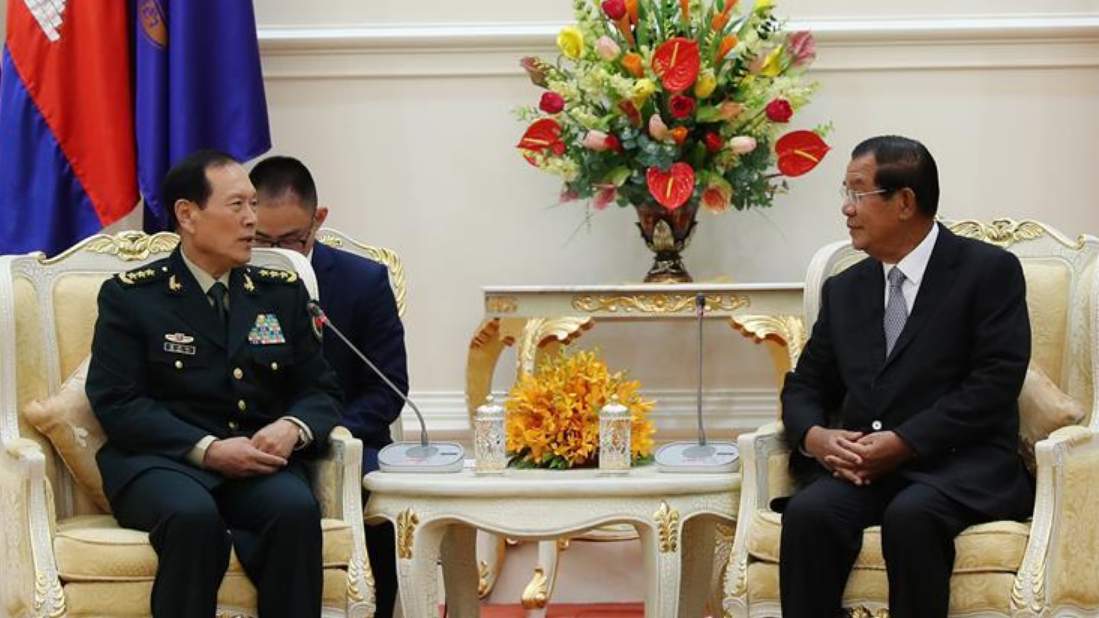 Viewing China as a good and true friend, Hun Sen said the friendship between Cambodia and China has not only withstood the test of time but grown even stronger. The prime minister expressed gratitude for China's support of Cambodia's social economic development and the development of national defense and military forces.

Hun Sen spoke highly of China's tremendous achievements under the leadership of President Xi Jinping, saying that Cambodia firmly supports President Xi's initiatives, including building a community with shared future for mankind and the Belt and Road Initiative.

On the occasion to honor the 60th anniversary of diplomatic ties between the two countries this year, Cambodia would like to promote their comprehensive strategic partnership of cooperation to a higher level, he said.

Noting that China and Cambodia are traditional good neighbors and "iron fiends," Wei said the comprehensive strategic partnership of cooperation between them has been further promoted under the leadership of President Xi and Prime Minister Hun Sen.

China will, as always, support Cambodia in choosing its own development path commensurate with its national conditions.

Wei said the Chinese military would like to work with the Cambodian side in implementing the consensus reached by the leaders of the two countries, deepening pragmatic cooperation and contributing to the development of bilateral ties.