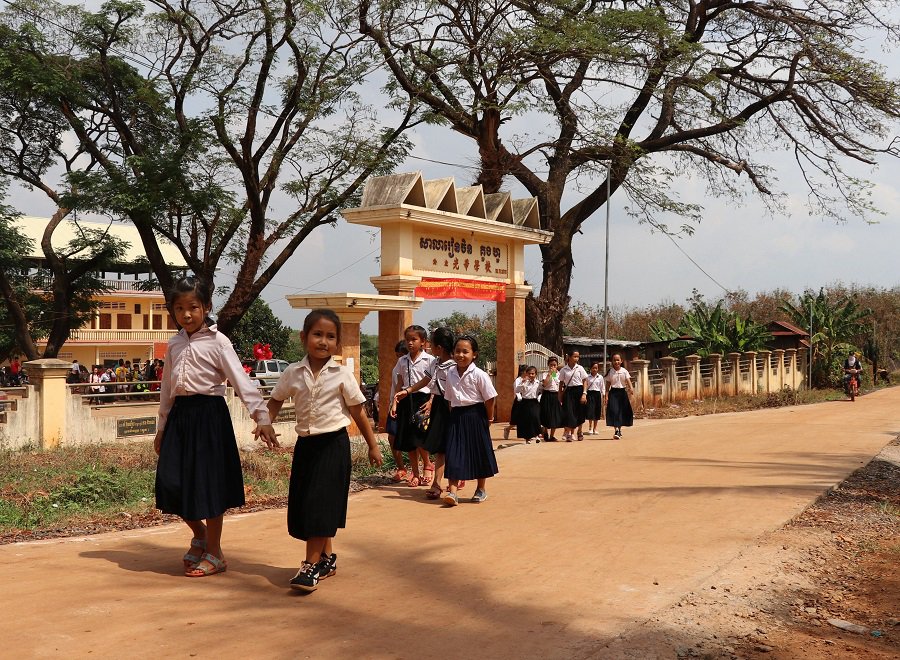 He said China has provided "countless" assistance to Cambodia, including China's grant aid, concessional and non-interest loans to the kingdom.

Commenting on the China-proposed Belt and Road Initiative, Namhong said the initiative has greatly contributed to the development of infrastructure in Cambodia.

"The Belt and Road Initiative is very important for Cambodia for infrastructure development, for people-to-people exchanges, and for trade exchanges," he said.

He added that under the initiative, China has financed the construction of nearly 3,000 kilometers of roads in Cambodia, linking Phnom Penh to provinces, and connecting one province to another.

Besides, seven China-funded bridges had already been constructed across the Mekong River and its tributaries in the kingdom, as the construction of the eighth bridge connecting Kampong Cham province and Tboung Khmum province in the country's southeastern part is underway.

Moreover, two huge projects will materialize in Cambodia under the initiative, he said. They are a new international airport in Siem Reap province and an expressway from Phnom Penh to the coastal province of Preah Sihanouk.

"The two projects are estimated to cost billions of U.S. dollars, and they are very important," he said.

"On behalf of the Royal Government of Cambodia, I would like to express my profound gratitude to the government and people of China for assisting Cambodia in all fields without any strings attached," he said.

Meanwhile, the deputy prime minister also recalled the diplomatic relations between the two countries, saying that the ties were initiated by Cambodian King Father Norodom Sihanouk and then Chinese Premier Zhou Enlai during their meeting at the Bandung Conference in Indonesia in 1955 and the diplomatic ties were formally forged in 1958.

"Over the past 60 years, our relations have been further deepened from day to day and were elevated to the Comprehensive Strategic Partnership of Cooperation in 2010," Namhong said, attributing the growing ties to the frequent exchange of visits by the leaders of the two countries.