BRI NEWS Can China, Japan maintain the trend of detente?

Can China, Japan maintain the trend of detente? 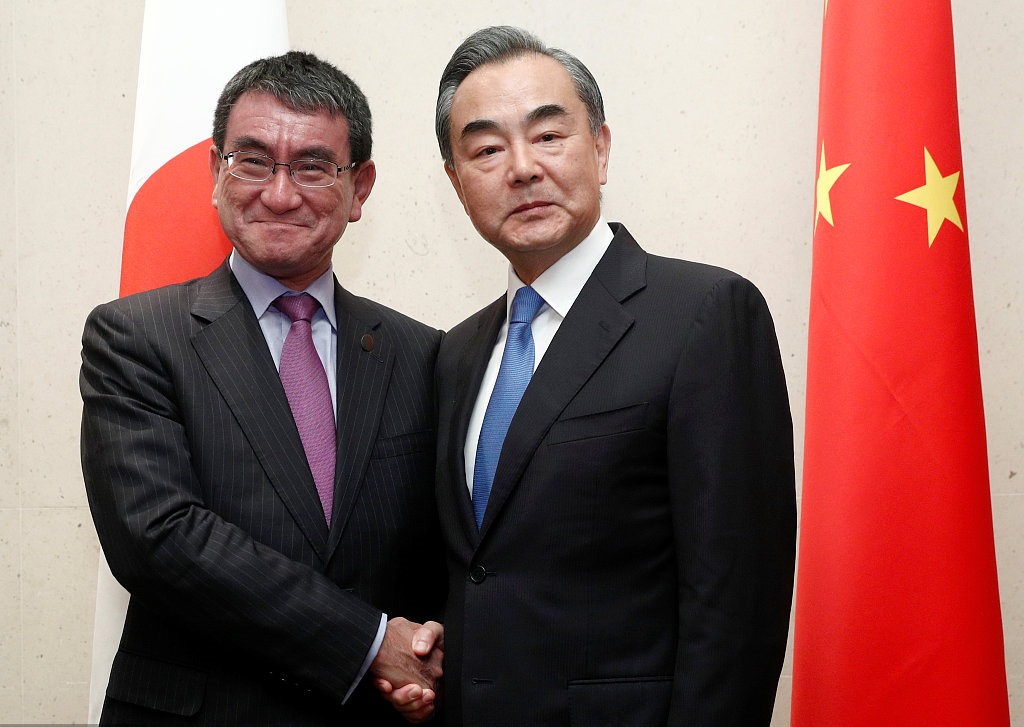 Sunday marks the 40th anniversary of the signing of the China-Japan Treaty of Peace and Friendship. The occasion comes at a time when bilateral ties are improving, with leaders from both sides saying warm words about each other.

Nevertheless, some observers cautioned that the rapprochement is fragile due to certain sensitive issues between Beijing and Tokyo; others are optimistic that there is a way to expand common ground and deepen win-win cooperation.

"Only by adhering to the principles and spirit set out in the four cornerstone political documents can the relations between the two countries achieve stable development. Otherwise, there will be twists and turns," Chinese Premier Li Keqiang said in May during his official visit to Japan. 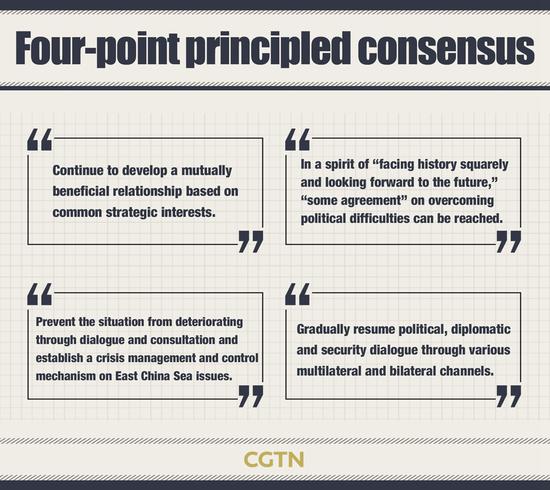 Back on normal track

After several years of tensions due to disputes over Diaoyu Islands and different interpretations of history, Beijing and Tokyo have been mending their ties in recent years. The momentum intensified in 2017, as the two countries marked the 45th anniversary of the normalization of their diplomatic relations.

Since the beginning of 2018, the Japanese government has repeatedly released goodwill signals to China, expressing its desire to improve bilateral ties.

Japanese Prime Minister Shinzo Abe made his Policy Speech to the 196th Session of the Diet in January, saying that Japan and China share significant responsibilities for the peace and prosperity of the region, and "maintain an inseparable relationship."

Japanese Foreign Minister Taro Kono also made remarks at various occasions that the two sides should "work together to deal with issues" faced by the whole world, in particular issues about the Democratic People's Republic of Korea (DPRK).

Responding to the so-called "China threat" theory, Kono said the two nations are "partners in cooperation" and share an understanding that "they should not threaten each other."

Moreover, he expressed a positive attitude toward Japan's participation in the Belt and Road Initiative proposed by China.

Japan's 2018 Diplomatic Bluebook also takes a more positive tone on the country's relationship with China, noting that "the relation has an unprecedented opportunity for improvement."

Three months ago, Abe said both countries are responsible for "translating competition into coordination" when attending a commemoration event with the Chinese premier in honor of the 40th anniversary of the signing of the China-Japan Treaty of Peace and Friendship.

Li's visit, the first official visit to Japan by a Chinese premier since 2010, marked bilateral ties' return to the normal track.

Experts have attributed the improvement of China-Japan ties to both international and domestic factors.

"Viewing the 40th anniversary of the signing of the China-Japan Treaty of Peace and Friendship as an opportunity, the political will and diplomatic efforts of both Chinese and Japanese governments have reached a new level," said Jin Linbo, a senior research fellow at the China Institute of International Studies (CIIS).

Major changes in international situations in Northeast Asia have also contributed to the rapprochement, he told CGTN, noting that China and Japan are seeking more cooperation amid new developments in the Korean Peninsula nuclear issue and China-U.S. relations.

Trade tensions between Beijing and Washington have soared in recent months, with Chinese politicians warning against U.S. unilateralism and protectionism on many occasions.

"Against the backdrop of U.S. unilateralism and protectionism, China and Japan share extensive common interests and much room for coordination and cooperation in areas such as promoting trade and investment liberalization and facilitation, maintaining the multilateral trade system, and promoting economic globalization," Rong Ying, Vice President of the China Institute of International Studies (CIIS) told CGTN.

But he added that Tokyo will try to properly handle the issue without damaging its alliance with Washington.

During a recent meeting with Tadamori Oshima, speaker of the House of Representatives of the Japanese parliament, Premier Li said China and Japan are beneficiaries of free trade, calling on the two countries to safeguard multilateralism, and advocate a rules-based international order and free trade system.

"Strengthening economic ties between Japan and China would benefit both countries," said Masahiro Kohara, a professor at the University of Tokyo's Graduate School of Law and Politics and also a former Japanese diplomat.

"Trump's 'America First' policy has been rocking the world," he stressed.

In a commentary for The Japan Times after Li's visit to Japan in May, Kohara noted that Japan and China "are faced with uncertainty and risk in the midst of trade friction with the U.S.," and called on Tokyo and Beijing to expand win-win cooperation.

There are signs that their economic ties are strengthening. Bilateral trade between China and Japan jumped to some 300 billion U.S. dollars in 2017, up over 10 percent year on year. Japanese investment in China has also reached an unprecedented level.

During his tour in Tokyo, Li announced that China had agreed to grant Japan RMB Qualified Foreign Institutional Investors (RQFII) quota of 200 billion yuan (about 31.36 billion U.S. dollars), which would help Japanese financial institutions to actively invest in China's capital market through the RQFII.

Beijing has also said it looks forward to working with Japan in third-party markets within the framework of the Belt and Road Initiative.

Focusing on the 'big picture'

Despite the momentum for China-Japan detente and the launch of a maritime and aerial communication mechanism, some observers believe such a relationship is still fragile, given unresolved disputes over the Diaoyu Islands and different views on some historical issues.

China and Japan still lack political and strategic trust as well as clear and feasible positioning of their relationship, according to Jin of the CIIS.

Picturing the future development of their complicated relations, he said the two neighbors can maintain smooth and stable ties in the near future, but "cooperation and friction will coexist" in the bilateral relations over a longer period.

Jiang Yuechun, director of the Department for World Economy and Development Studies at the CIIS, stressed that fragility in China-Japan relations cannot be denied. He urged Japan to fully understand China's core concerns and take China's core interests seriously.

Meanwhile, the two sides should focus on the "big picture" in their ties, avoid strategic misjudgment, and work together to seize the opportunities created by China's development, he added.

Former Japanese diplomat Kohara is more optimistic. "Any relationship between countries has both shared and conflicting interests," he wrote, noting that it is not unusual that Tokyo and Beijing have unresolved issues.

He suggested that the two countries should not "focus too much on a few sensitive pending issues," but instead should "increase fields where both countries can enjoy cooperative win-win relations."

"It is wise diplomacy to stabilize the relationship and develop mutually beneficial areas based on common strategic interests," Kohara stressed.

Encouragingly, this appears to be what is happening – at least for now.