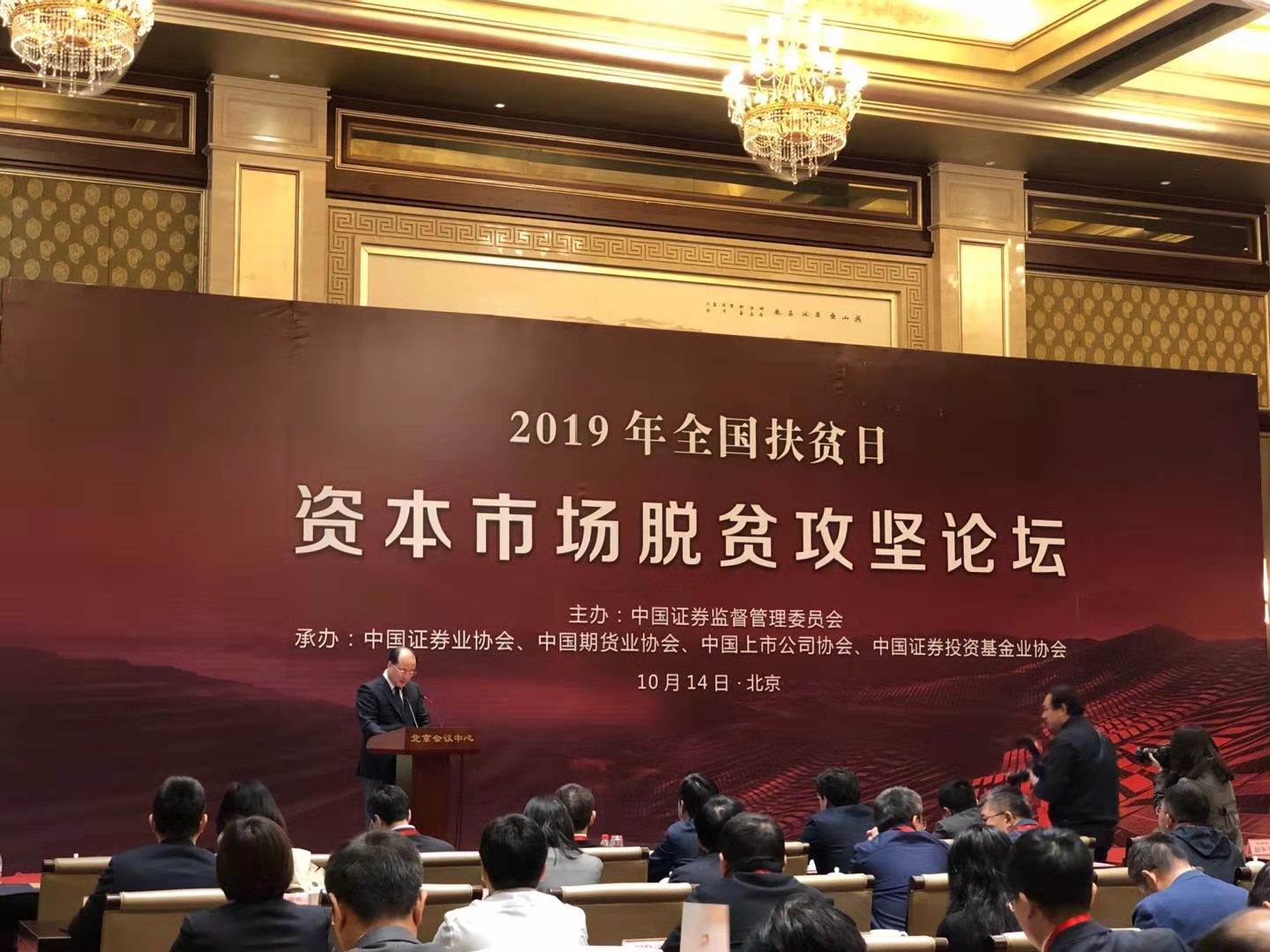 This information was revealed at a forum hosted by the CSRC about the capital market’s role in battling poverty.

The CSRC has attached great importance to poverty alleviation over the past 20 years, said Ou Qingping, deputy director of the Poverty Alleviation Office of the State Council. Ou spoke highly of the sector’s contribution to offering effective capital market services for rural areas.

Ou said the industry will further adopt the advantages of capital markets, accelerate the financing pace in rural areas, and strive to build a long-term method to fulfill the task of poverty alleviation.

As of August 2019, 101 securities companies have teamed up to help 285 poverty-stricken counties, covering 34 percent of counties living below national poverty line, said An Qingsong, secretary of the Party committee and executive vice president of the China Securities Association.

From 2016 to 2018, securities companies have helped poverty-stricken areas to raise 202.6 billion yuan, added An.