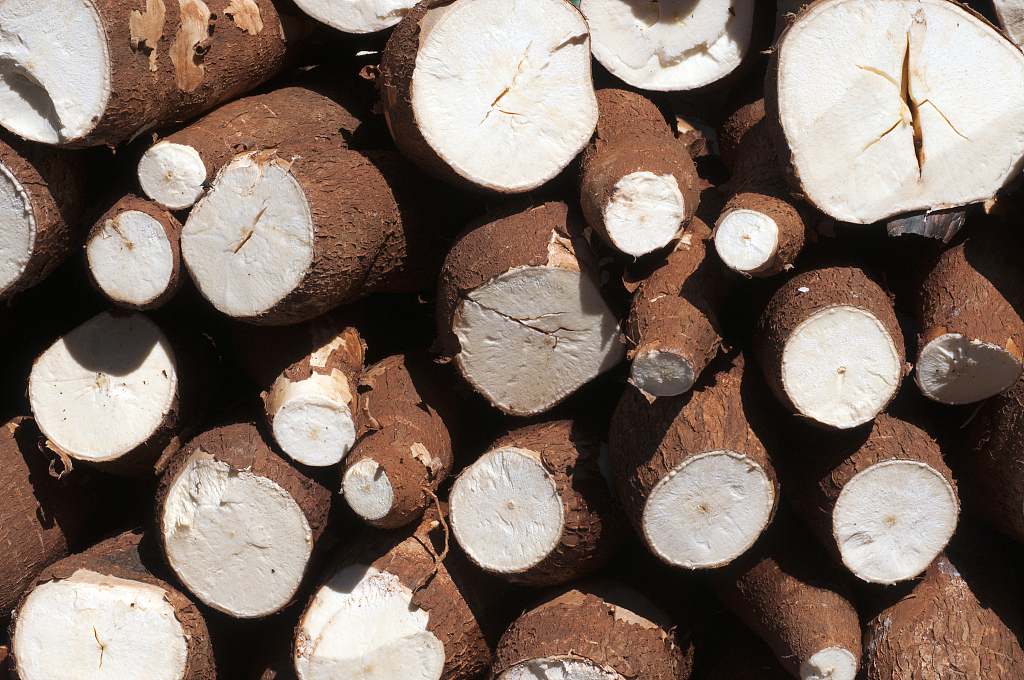 PHNOM PENH, Nov. 1 (Xinhua) -- Cassava, the second largest agricultural crop in Cambodia after rice, could have substantially social and economic gains if it receives the right level of public commitment and investment, said a United Nations Development Programme (UNDP)’s study released on Friday.

Cassava is both an important export commodity and an input to several industrial processes, the study said, adding that its development offers both output gains and structural benefits to Cambodia’s economy.

The study, titled Making the Case for Investment in Cassava, suggested that compared with other sectors, the returns to an investment program of 294 million U.S. dollars in the cassava sector would outpace livestock and food and tourism sectors.

“It delivers a similar result to investing in rice production,” the study report said. “In real terms, the return is estimated to be around 3 to 1, and in nominal terms, the national economy could enjoy a boost of over 940 million U.S. dollars over 10 years.”

Cambodian Commerce Ministry Secretary of State Mao Thora said the government’s long-term vision is to become the world’s most reliable producer and supplier of cassava.

“It benefits Cambodia, particularly, through helping increase export and create more jobs for now and the future, thereby reducing risky migration, improving farmers’ living standard, and preventing them from falling into poverty,” he said at the launch event of the study report.

However, much of the cassava sector is focused on growing and exporting raw products, while in-country processing remains unexplored, according to the report.

Realization of these potentials requires public sector intervention including the provision of resources to support growing, processing and marketing, and the implementation of supportive infrastructure projects, it said.

“The investments to support the establishment of processing activities, such as infrastructure improvements, rank as the highest priority,” the report said.

“Tax revenues could rise by 130 million U.S. dollars over a 10-year period of the investment in cassava,” he said. “This is similar to the return to investment in the rice and livestock and food sectors, but the tourism sector does perform better on tax receipts.”

The Southeast Asian nation has about 675,000 hectares of cassava plantations, which yield about 14.8 million tons of cassava tubers a year, according to the Ministry of Agriculture.