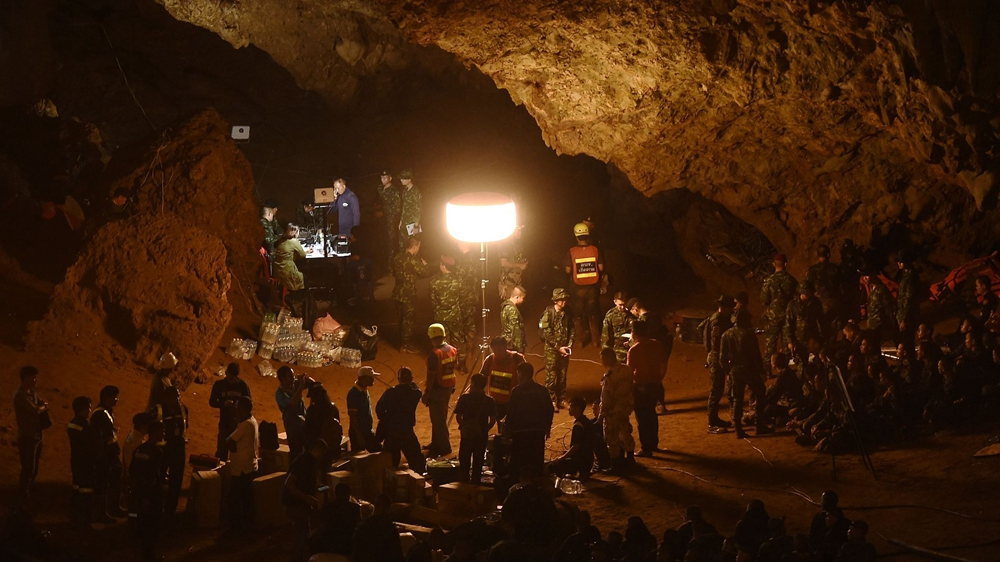 BANGKOK, Oct. 30 (Xinhua) -- The Tham Luang Cave which used to trap a junior football team in Thailand's northern province of Chiang Rai, will officially be opened for tourists from Nov. 1, the Ministry of Natural Resources and Environment announced in its website on Wednesday.

The once flooded cave is going to be opened more than one year after the footballers and coach of the Wild Boar Academy were rescued by international teams after being trapped for 18 days.

The ministry's Department of National Parks, Wildlife and Plant Conservation said the cave had to be closed to get all the rescue equipment removed, as well as to develop the landscape of the Tham Luang national park for visitors.

A museum and the statue of a Thai ex-navy diver, Saman Gunan, who died during the mission, were also built to commemorate the rescue.