The Chinese version of a short novel collection by renowned Czech writer Zdenek Sverak was released on Wednesday at the 26th Beijing International Book Fair. 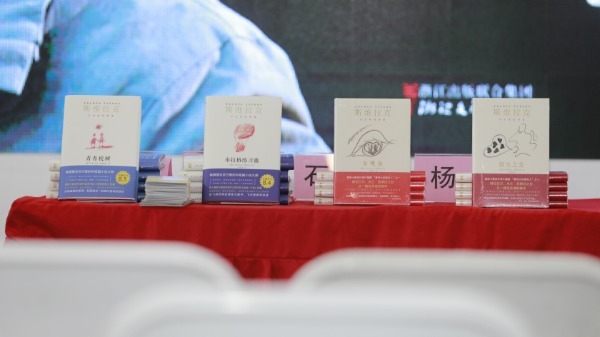 The Chinese collection, published by ZheJiang Literature & Art Publishing House, embodies four books. The writer’s 19 most important short novel pieces were selected, including the original story that was the basis for the film Kolya, which won the best foreign-language Academy Award in 1997.

Zdenek Sverak is one of the best-known names in Czech cinema. He is an actor and screenwriter and didn’t begin writing novels until he was 72.

What highlights his literary works is that he is very good at sourcing his inspirations from mundane daily life, and then casting a humorous and warm perspective on those imperfect everyday trivia. Sverak's books are so well-received among Czech readers that a cumulative 1 million copies have been sold, which means that for every 20 Czechs, there is one reader of his works.

The 26th Beijing International Book Fair opened Wednesday with a focus on the 70th anniversary of the founding of the People's Republic of China.

More than 2,600 exhibitors are taking part, displaying over 300,000 books. Some 1,600 overseas exhibitors from 95 countries and regions, including 30 countries participating in the Belt and Road, are present.

Portugal and Kazakhstan are participating in the book fair for the first time, and Romania is this year’s guest of honor.

The book fair, which began in 1986, has become the country's key international book fair and copyright trading platform.