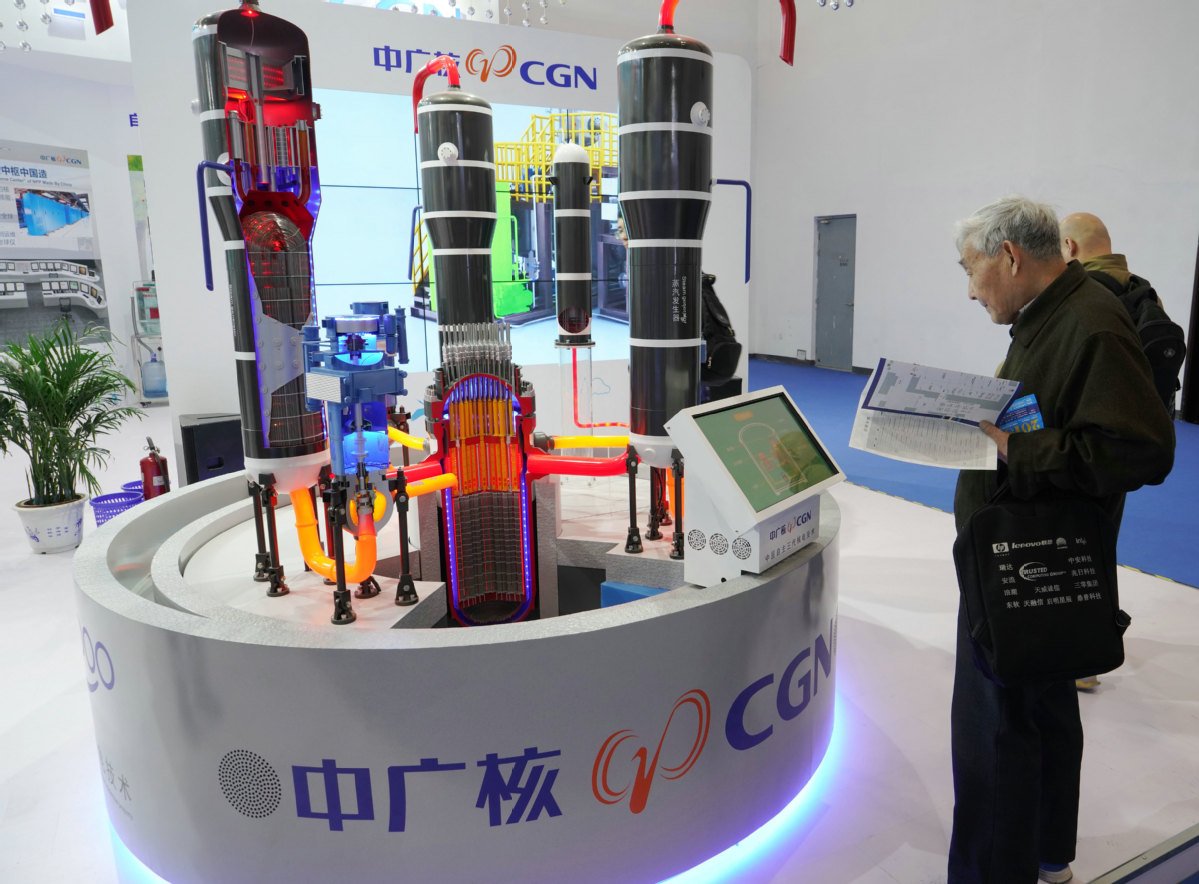 The share price of CGN Power Co Ltd, China's largest and the world's third-biggest nuclear energy company, surged on its first trading day in the Shenzhen Stock Exchange's small-and medium-sized enterprises board on Monday, in a sign of the market's confidence in the future of nuclear power as a clean energy source in China.

The stock finished 44.18 percent higher at 3.59 yuan (5 cents) per share. The company is also listed in Hong Kong.

Dong Dengxin, director of the Wuhan University of Science and Technology's Finance and Securities Institute, said the company's strong share performance is an indication of investor belief in the future prospects of CGN Power.

"The company, together with its parent company, is a major player in China's nuclear power industry, and investors are aware of its huge potential, the development of clean energy as a national agenda, and the profitability of the nuclear sector," Dong said.

Dong believes the company's share price is undervalued and its issue price is more a reflection of non-market factors. He forecast the stock price would probably continue to soar in the days ahead.

The stock jumped immediately at the opening from the issue price of 2.49 yuan, and hit the daily limit within half an hour of trading. The value of the company on the Shenzhen bourse hit about 181.3 billion yuan.

Later on Monday, the Shenzhen-based company announced it had issued 5.05 billion shares and raised about 12.57 billion yuan, posting a record for the year on the amount of financing from an IPO on China's A-share markets, and ranking among the top 30 in the amount raised in its history.

The new shares make up around one-tenth of the company's total. It was issued through a combination of strategic placement and through issuances both offline and online.

The eight strategic investors in the company acquired about 50 percent of the new shares. They include central State-owned companies or their subsidiaries, national-level investment funds or their subsidiaries, and Chinese Depositary Receipt funds, the company said. CDRs are certificates that are traded on mainland bourses and are exchangeable with shares listed overseas.

The strategic investors all showed willingness of long-term investment, which is good for the stock market as it eases the pressure from large-scale issuance. In addition, it is also beneficial for the long-term stability of the company's stock price, according to CGN Power.

The company's share price jumped despite the electricity sector in the exchange closing 0.54 percent lower and the Shenzhen Component Index settling 1 percent lower on Monday.

CGN Power tops China's nuclear power industry either by capacity in operation or those under construction. It is the only nuclear energy development platform of its parent company China General Nuclear Power Group, a State-owned energy giant based in Shenzhen.

The company went public in Hong Kong in late 2014. Its board approved its mainland IPO plan in February 2018, followed by approval from the Chinese regulators in July.

The company said in an exchange filing in Hong Kong that revenue during the first half of 2019 reached more than 26.52 billion yuan, up 15.3 percent over the year-earlier period.