The festival is the fruit of cooperation between China’s leading local on-demand delivery and retail platform Dada Group’s JD Daojia (JDDJ), the Consulate General of the Republic of Chile in Shanghai and the Chilean Cherry Committee of the Chilean Fruit Exporters Association (ASOEX). 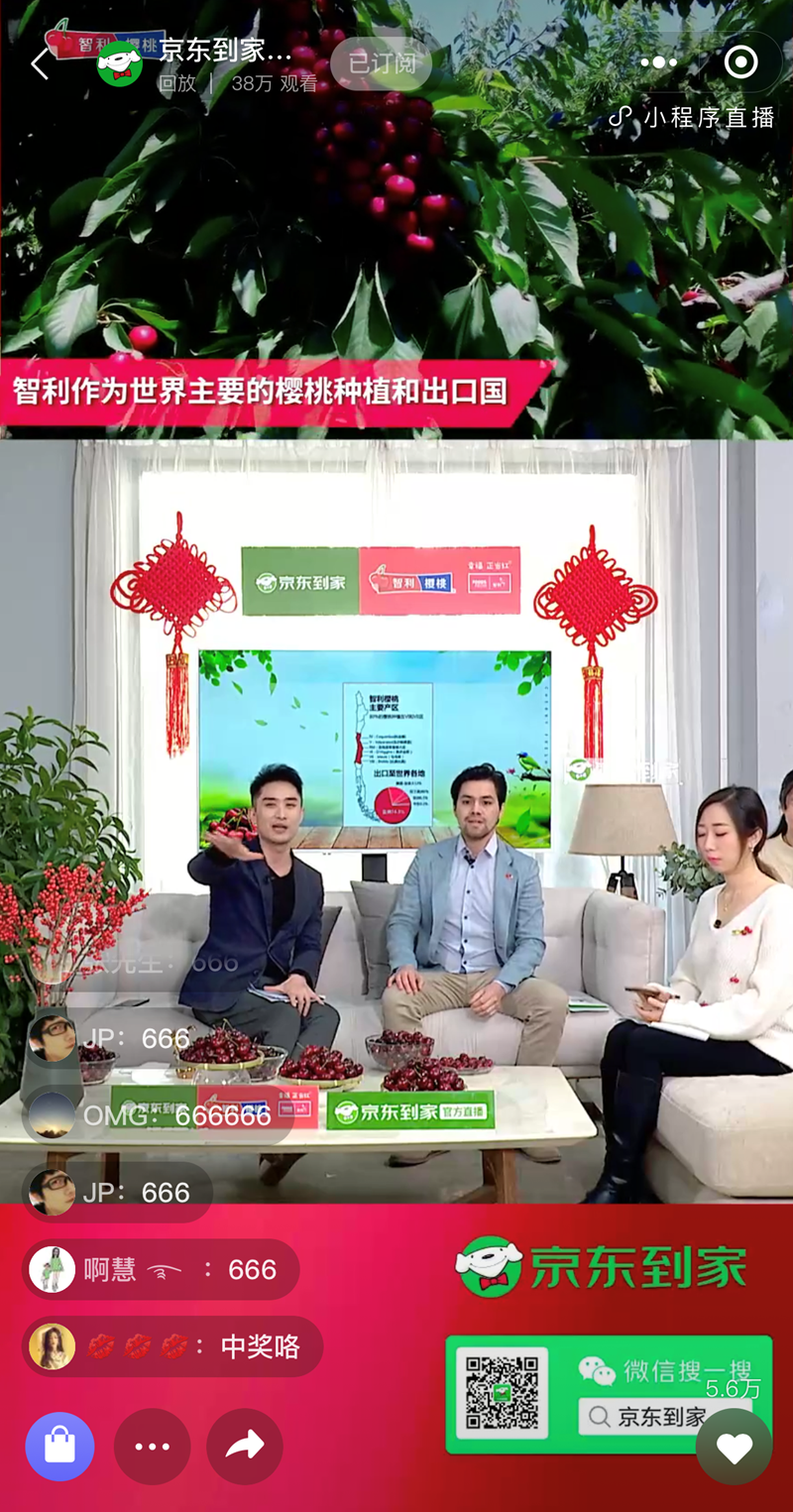 During the livestreaming, same-day sales of Chilean cherries on JDDJ rose 133 percent from the previous Sunday, creating an online shopping trend for the Chinese New Year Festival that this year falls on February 12.

Bo Yang, head of JDDJ fresh food business department, said: “Cherries are mainly imported from Chile in the Chinese market. To meet consumers’ needs, JDDJ is partnering with the Chilean consulate and ASOEX to shorten the supply chain between country of origin and distributors.

“Through these efforts, we are improving the quality of cherries available in our platform, ensuring a consistent supply while maintaining lower prices.”

Charif Christian Carvajal, marketing director for Europe and Asia at ASOEX, was quoted as saying: “Chilean cherries are not only a good choice for Chinese New Year gifts, but are also a very healthy fruit choice for daily life.

“This partnership will allow our delicious red cherries to spread health and happiness to more consumers in China.”

Carvajal noted that with the on-demand retail and delivery advantages of the JDDJ platform, consumers would be able to conveniently purchase Chilean cherries “that will arrive to their homes faster and better than ever.”

Despite challenges faced by the fruit industry during the global pandemic, global exports of fresh Chilean cherries are expected to increase by 38.3 percent this year to 316,184 tons, a new export record.

The Chilean government and its departments have responded to the special circumstances with special policies.

Growers and exporters have invested heavily in safety and hygiene to safeguard the entire production and export supply chain.

The Chilean fruit industry not only complies with national regulations, but also implements preventive measures recommended by the World Health Organization and the UN Food and Agriculture Organization.

Measures include social distancing in production plants, mandatory mask wearing and reinforcement of best hygiene practices while commuting to and from work, in the workplace and at home.

Safety measures were also implemented in the orchards and during packaging including disinfection of containers before departure for China.

JDDJ has cooperated with more than 100,000 brick-and-mortar stores and brands to kick off an online shopping festival campaign for the 2021 Chinese New Year Festival.

All partners agree that bright and luscious Chilean cherries are a must-have for consumers in China for this festive new year.