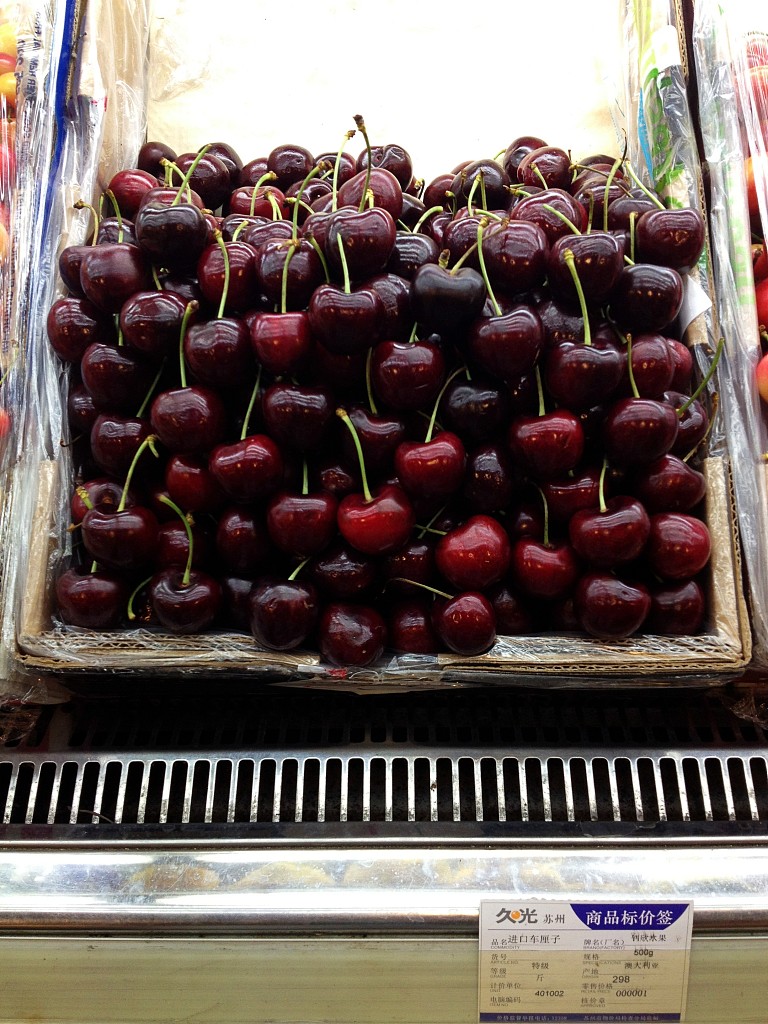 China's booming demand for Chilean cherries has improved the quality of life for people in production zones, a Chilean guild president said.
"There is a better quality of life, better conditions for the population in areas where cherries are produced. And producers have perceived that there is an opportunity. They have continued planting," said Cristian Tagle, president of the Cherries Committee of the Chilean Fruit Exporters Association (Asoex).
Greater demand has not only brought progress to the community, but has also improved Chile's image abroad, "making a very strong showing and conveying that we are a pioneering country in cherries for export," Tagle said.
Chile has planted more than 40,000 hectares of the fruit, driving infrastructure development, capital goods imports and employment in production areas, he said.
Chile's cherry production is centered primarily in the regions of O'Higgins and Maule to the south of the capital Santiago, where conditions are ideal for producing sweet, juicy fruits.
Chinese consumers' predilection for Chilean cherries has had a good impact on the South American country that "we hope will be conserved, maintained, and increased for many years to come," Tagle said.
On Chile's trade ties with China, the president said he believes "the conditions are infinitely positive."
"China's market for Chilean cherries has been expanding. It is by far the leading export market for the country. More than 80 percent of volumes go to China," Tagle said.
Chile is poised to surpass its previous record of 180,000 tons exported, turning cherries into the country's highest value export.
In fact, Chile is generating over a billion US dollars from cherry sales "for the first time," Tagle said. "That has allowed us to develop a quite interesting and very well-prepared promotional campaign in China to significantly raise awareness about Chilean cherries," he added.
During the 2017-2018 season, the South American country shipped 385,516 tons of fresh fruit to China, an estimated 66-percent increase over the previous season, according to Asoex.
Cherries led the exports, accounting for 41.4 percent of all fruit Chile shipped to China.
"We are going to need double the volume of cherries to satisfy the demand from the Chinese market," said Tagle, adding "we have the challenge of being able to deliver a quality product in a timely manner." "Today, more than 85 percent of cherries produced and exported by Chile go to China by sea."