Under the leadership of Communist Party of China (CPC), China has achieved a great transformation from standing up to growing richer and stronger, and has thus made a notable contribution to human civilization and progress, a Chinese People's Political Consultative Conference (CPPCC) member said after attending a ceremony marking the CPC centenary on Thursday.

Hui Wing Mau, chairman of Shimao Group, said he was greatly inspired by the speech of Xi Jinping, general secretary of the CPC Central Committee at the ceremony, during which Xi said that Chinese will stay true to the letter and spirit of the principle of one country, two systems under which the people of Hong Kong administer Hong Kong and the people of Macao administer Macao, both with a high degree of autonomy, and that Chinese will ensure overall social stability of the two special administrative regions so as to maintain the long-term prosperity and stability of Hong Kong and Macao. 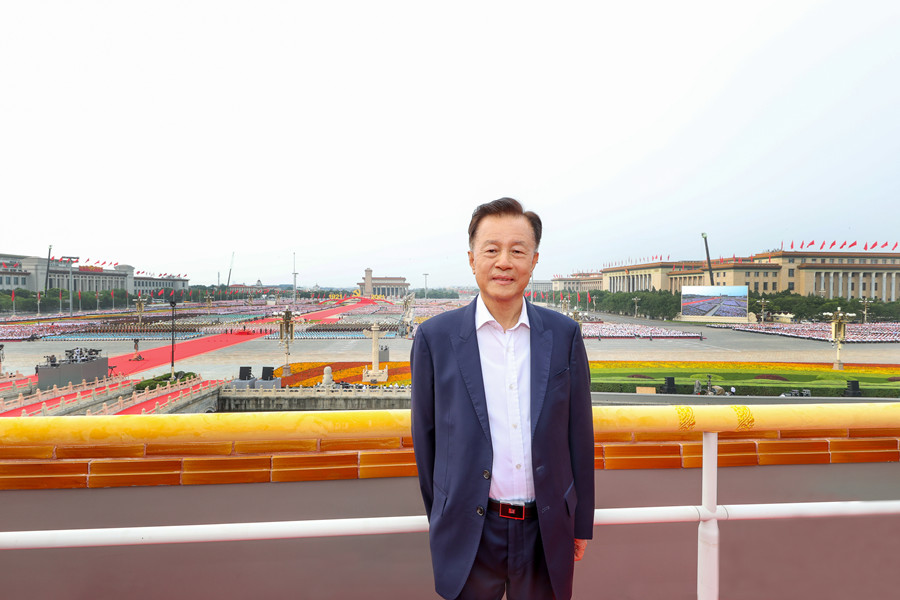 Hui is also a member of the Standing Committee of the CPPCC National Committee and president of the China Federation of Overseas Chinese Entrepreneurs.

"Looking ahead, all Chinese both at home and abroad must always believe in and love our country, and pool wisdom and strength to forge a strong synergy to the greatest extent possible, with which we strive for new achievements in developing China into a great modern socialist country," Hui said, adding that he hoped the country stays prosperous and its people live in happiness and well-being.