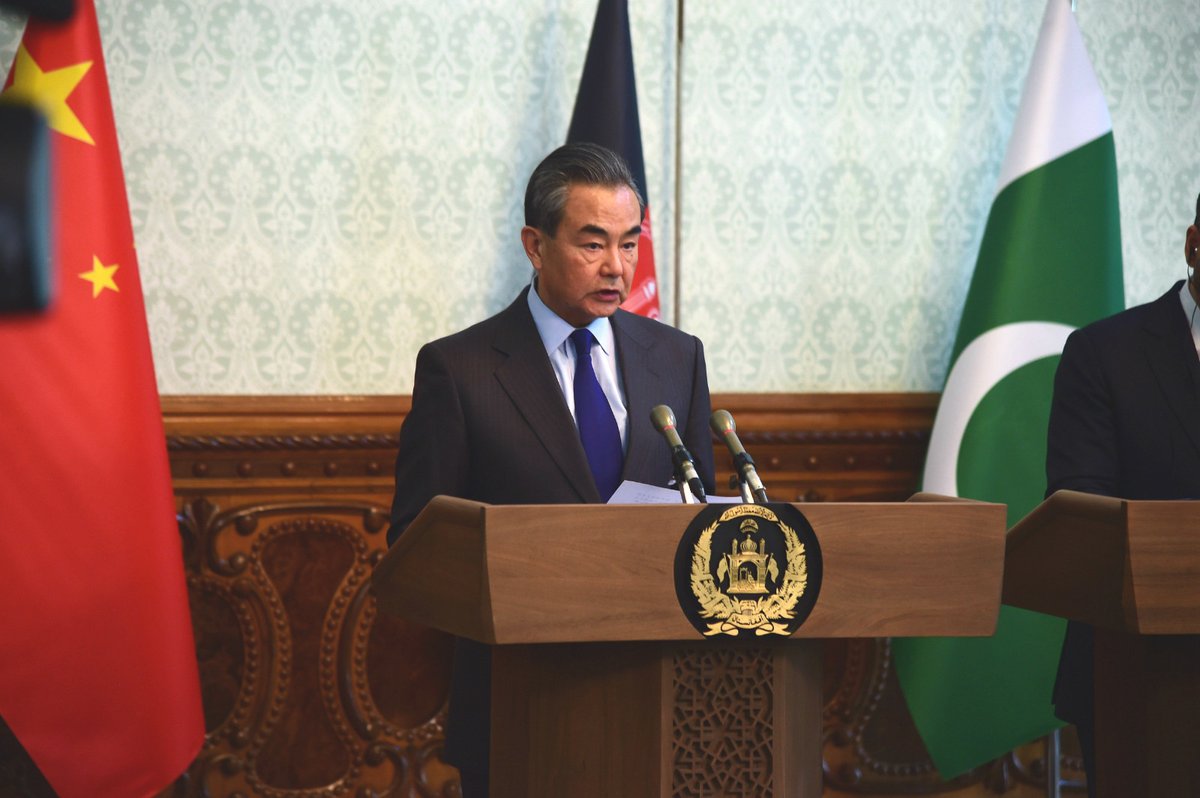 The three sides reaffirmed their commitment to further strengthening relations, deepening cooperation and advancing connectivity under the Belt and Road Initiative, the Regional Economic Cooperation Conference on Afghanistan and other regional economic initiatives, according to a joint statement issued after the dialogue.

The three sides reiterated their support for the inclusive Afghan-led and Afghan-owned peace process as it is the most viable way to bring peace to Afghanistan.

In this regard, China and Pakistan appreciated the efforts of Afghan President Mohammad Ashraf Ghani especially for the comprehensive peace plans that came out of the second meeting of Kabul Process and the Geneva Conference on Afghanistan, and therefore called on the Afghan Taliban to join the peace process at an early date, said the statement.

While efforts are underway to start the peace process, the three sides called on the parties concerned to end violence and the loss of innocent lives in Afghanistan, it said.

Regarding economic development cooperation, the three countries pledged to implement and expand the "soft" projects such as exchange and capacity building programs, and explore "hard" projects of livelihood facilities and connectivity.

On the fight against terrorism, the three sides expressed strong determination not to allow any country, organization or individual to use their respective territories for terrorist activities against any other countries.

They also underlined the need to further strengthen counter-terrorism coordination and cooperation in an effort to combat all terrorist groups and individuals without any discrimination. To this end, the three sides signed the Memorandum of Understanding (MoU) on Counter-Terrorism.

They also agreed that the 3rd China-Afghanistan-Pakistan Foreign Ministers' Dialogue would be held in Islamabad in 2019.