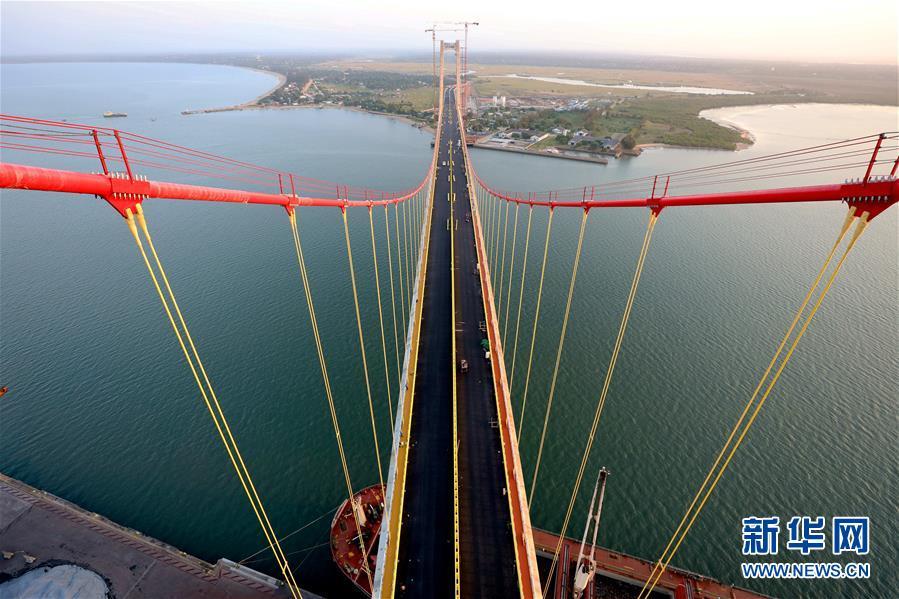 Experts from China and African countries shared their insights on all-round cooperation for mutual benefit and common development at a two-day forum that concluded Tuesday.

The annual forum of the China Institute of Contemporary International Relations (CICIR), with a theme featuring "China and Africa Jointly Building a Community of Shared Future," focused on communication and cooperation between China and Africa in areas ranging from economy, security, state governance, to the development and future of China-Africa relations.

While addressing the closing session, CICIR President Ji Zhiye said that the proposals raised by the experts will be presented at the upcoming summit of the Forum on China-Africa Cooperation in September.

The summit is bound to bear rich fruits for people's livelihoods as providing people with sufficient food remains the top priority for many African countries, said Michael Sun, councilor and member of the Mayoral Committee for Public Safety in Johannesburg, South Africa.

Home to more developing countries than any other continent, Africa has great development potential at a time when the world is undergoing profound changes, said Sun.

As the world is in the midst of various risks and trade protectionism is mounting, James Shikwati, director of the Inter Region Economic Network in Kenya, called on China and Africa to further strengthen all-round pragmatic cooperation and ensure smooth implementation of cooperation agreements.

It is of strategic significance to build a community with a shared future enabling China and Africa to carry out cooperation in more fields such as big data and machine intelligence, said Shikwati.

Abdeta Dribssa Beyene, executive director of the Center for Dialogue, Research, and Cooperation in Ethiopia, said that the Belt and Road Initiative has brought new development opportunities for African countries, adding that the initiative is conducive to inclusive growth and common prosperity for participating countries.

Data from the African Affairs Department of China's Ministry of Foreign Affairs shows that China-Africa trade grew from a mere 765 million U.S. dollars in 1978 to 170 billion dollars in 2017. China has also maintained its position as Africa's largest trading partner for eight years in a row.

Trade and economic cooperation are crucial for rapid economic growth and poverty alleviation on the African continent, Beyene said.

Security cooperation was also high on the agenda at the forum. Larry Gbevlo-Lartey, director of the African Union's (AU) Algiers-based African Centre for the Study and Research on Terrorism, called for joint efforts to tackle security challenges and strengthen all-round China-Africa friendship.

Underscoring the importance of promoting common, comprehensive, cooperative, and sustainable security, he said Africa should learn from China's experience in grassroots governance by empowering local authorities.

Of the five permanent members of the UN Security Council, China is the largest contributor of peacekeeping forces in Africa, with more than 2,000 Chinese troops carrying out missions on the continent.

As China and Africa have shared common interests and aspiration for hundreds of years, the building of a shared future is sure to be achieved as long as they synergize the Chinese dream of national rejuvenation and Africa's 2063 Agenda for peace and prosperity, said Seyoum Mesfin, former Minister of Foreign Affairs of Ethiopia.

This year's CICIR forum attracted more than 40 experts and officials from China and 12 African countries and representatives from international organizations including the United Nations, AU, and the International Committee of the Red Cross, according to the organizer.