With Shakira's song "Waka Waka (This Time for Africa)" in the background, dozens of African youths danced passionately in a courtyard at the Former Residence of Soong Ching Ling in Beijing, China. They were celebrating their short but unforgettable cultural experience in China and a promising future between China and African countries.

It was the 3rd China-Africa Youth Festival held in Beijing and Chengdu in southeast China's Sichuan province from June 20 to June 27. 105 African delegates from 53 African members of the Forum on China-Africa Cooperation (FOCAC) attended the event. Many of them are youth leaders, political party representatives, and young entrepreneurs from Africa.

Throughout their eight days in Beijing and Chengdu, the young delegates got to experience Chinese culture at its finest. Despite it being a hard skill to acquire, they learned Chinese calligraphy and, as their calligraphy teacher said, "did a beautiful job" in copy-writing characters like“我爱你”（meaning I love youin Chinese）, “中非友好”(China-Africa friendship) and “一带一路”(the Belt and Road Initiative), painting the words onto traditional Chinese fans. They observed and learned about Peking opera, Chinese medicine, traditional woodart, textile dyeing, sewing and more. 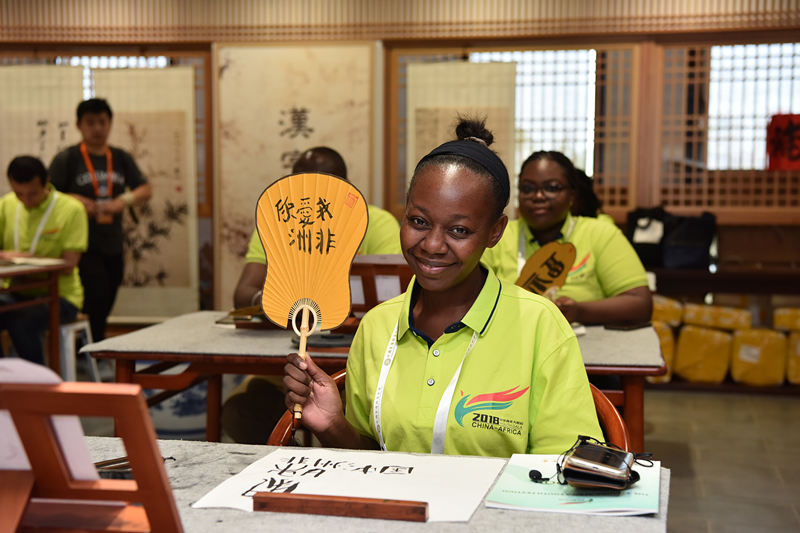 "China is rich in culture, and so is Africa. Both can merge people's wisdom and ideas into greater innovations," said Johanne Deborah Tosse, a delegate who's also a schoolteacher from Mauritius.

While in Beijing, the delegates climbed the Great Wall and toured the Forbidden City to have a taste of China's long history. Catching her breath after reaching the highest point at the Juyongguan Great Wall, Tosse said: "The Great Wall inspires me to aim high and realize my goals step by step. We'll grow and come to the top."

After Beijing, the delegates arrived at their next stop, Chengdu. And how could they miss China's national treasure, the giant pandas? 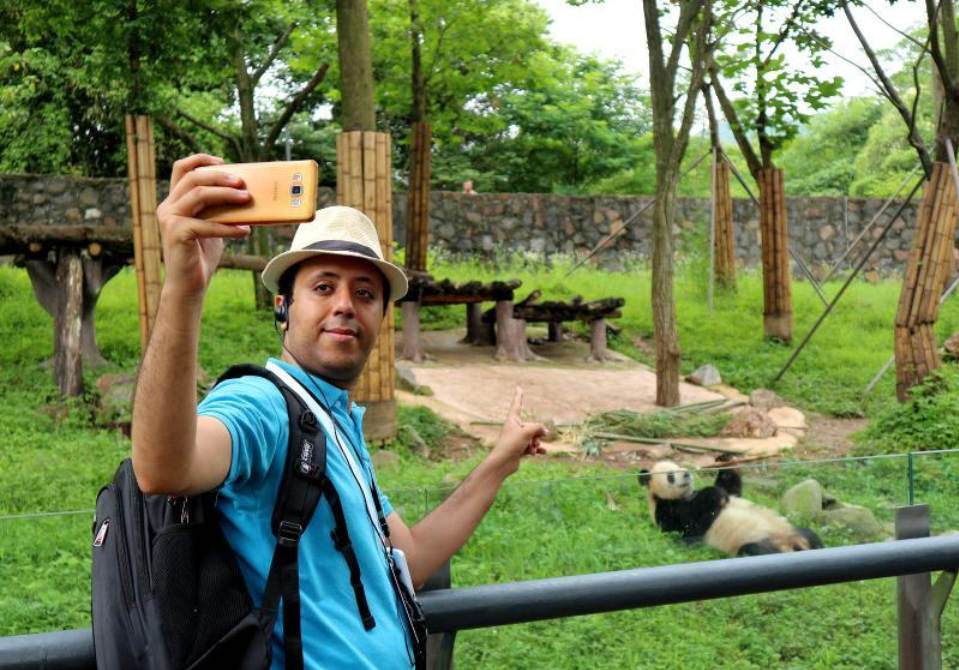 A delegate from Algeria snaps a selfie with a panda at the Dujiangyan Base of the China Conservation and Research Center for the Giant Panda on June 25, 2018.

For most of the delegates, this was their first time seeing a real giant panda. "It's wonderful. Before this trip, I only saw pandas on TV. Now in my own eyes, they look really big, strong and fluffy. And of course, they have a good appetite," said Kowiyou Adekambi, a youth delegate who is also an information engineer from Benin.

Jiang Ge, one of the 100 Chinese counterparts who also attended the festival, is an information technology entrepreneur based in Anhui, China. She said she had already discussed investment opportunities in Africa with some of the African delegates during the event.

"I hope one day I can visit Africa and explore opportunities for me to expand my business there." Jiang said.

"Connecting the Dreams of Youth and Creating A New Era for China-Africa Relationships" is the festival's theme. And the potentials and opportunities that can be created among these Chinese and African youths show that they can realize just that. 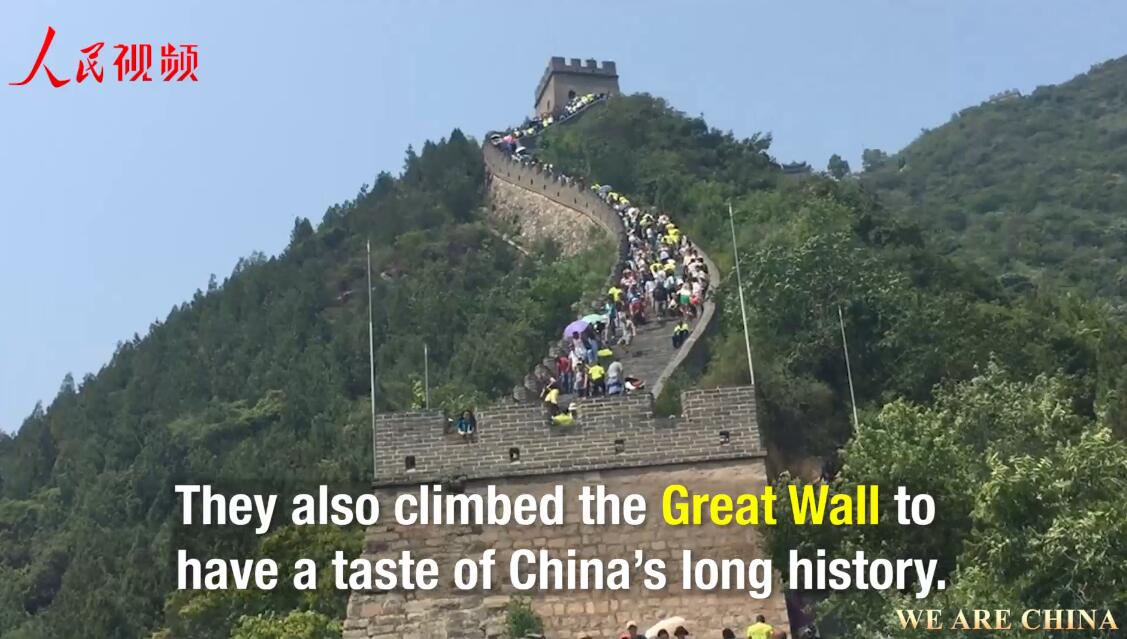 "The festival is one of the events related to the FOCAC summit to be held in September in Beijing. It will provide support to China and Africa to carry forward their friendship, promote practical cooperation and make the summit a success," said Dai Bing, director-general of the Department of African Affairs of China's Foreign Ministry.

"We share the future together in terms of development, in terms of the two peoples working together, in terms of technology innovations, in terms of political and financial support and so much more," said Garang Majak Bol Angok, a delegate from South Sudan, who's also a local politician.

According to statistics from China Customs, last year, the import and export value of China-Africa trade amounted to US $170 billion, a year-on-year increase of 14.1 percent, thanks to more and more development projects facilitated by the Belt and Road Initiative. 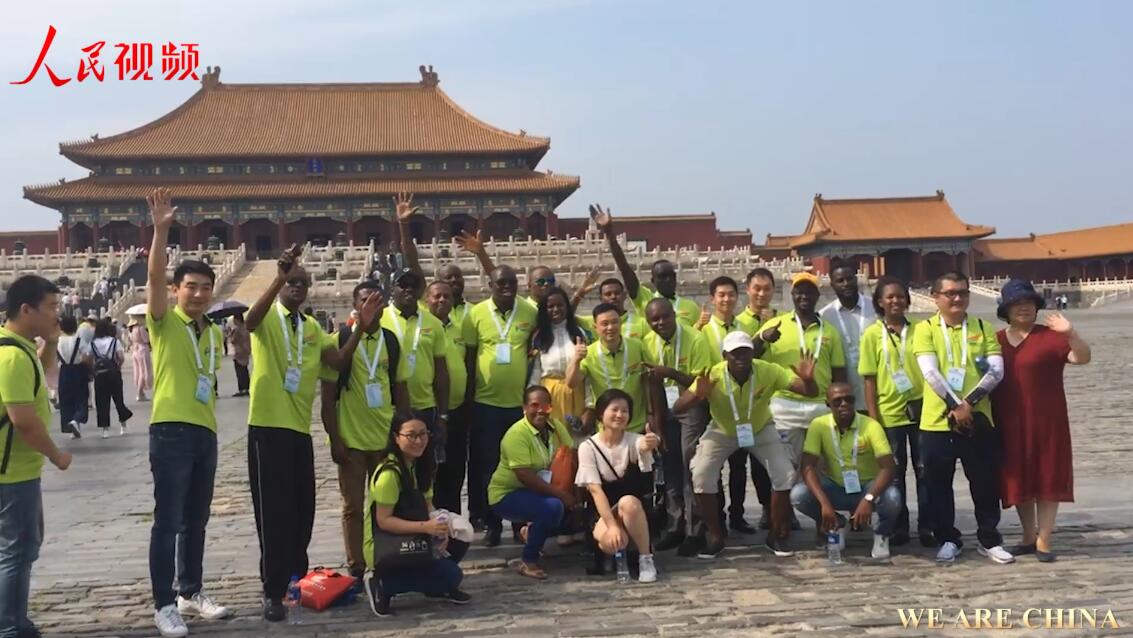 "President Xi Jinping attaches great importance to the development of Sino-African relations. The Sino-African friendship is a precious treasure for both sides," said Wang Jiarui, chairman of the China Soong Ching Ling Foundation, which is the co-organizer of the event along with the Foreign Ministry of China and the Sichuan Provincial Government.

Francine Muyumba, the president of the Pan African Youth Union, said that Sino-African friendship is deeply rooted in the hearts of the two peoples. "Sincere friendship and equal treatment, to which both parties have long been attached, constitute the core of the spirit of Sino-African relations that has been consolidating over the years," Muyumba said.