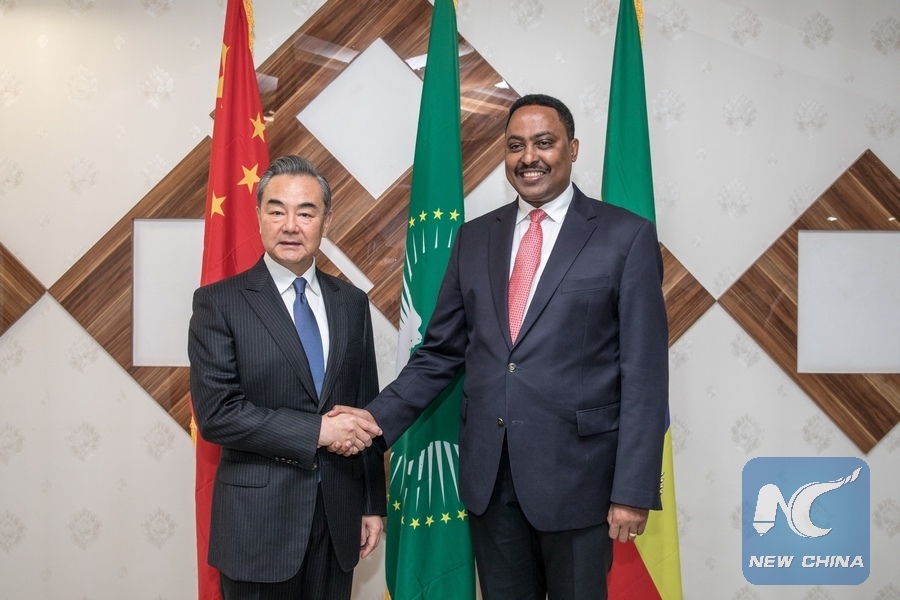 DAKAR, Jan. 7 (Xinhua) -- China-Africa friendship is unbreakable and the one-China principle has been consolidated and strengthened in Africa, Chinese State Councilor and Foreign Minister Wang Yi told reporters at the end of his four-nation Africa trip.

Wang's trip to Ethiopia, Burkina Faso, Gambia and Senegal on Jan. 2-6 continued a 29-year tradition of making Africa the first international visit of the year by the Chinese foreign minister.

In the face of some deliberate attempts to discredit China-Africa cooperation, African governments and people have stood up to dispel the rumors and firmly adhered to a friendly policy towards China, which manifested the unbreakable friendship between the two sides, Wang said.

Speaking about rising unilateralism, Wang said African countries have great expectations for China's role in defending multilateralism. The four countries are willing to strengthen coordination with China, jointly defend their rules of multilateralism and promote the democratization of international relations, he added.

A large number of China's key projects in Africa have brought tangible benefits to local people. With the alignment of the Belt and Road Initiative with African Union's "2063 Agenda," as well as the development strategies of all countries, the Belt and Road Initiative is expected to launch cooperation with a higher quality and higher level on the African continent, Wang said.

Among the four countries that Wang visited, Burkina Faso and Gambia resumed diplomatic ties with China in 2018 and 2016, respectively.

The leaders of the two countries said the resumption of diplomatic ties with China is an independent choice and a correct decision that has been supported by the people and is in line with their national interests, Wang said.

The two countries will continue to unswervingly pursue the one-China principle, and adherence to the principle has become a political consensus that all parties have followed on the African continent, Wang added.