BRI NEWS China and ASEAN must speed up for Vision 2020

China and ASEAN must speed up for Vision 2020 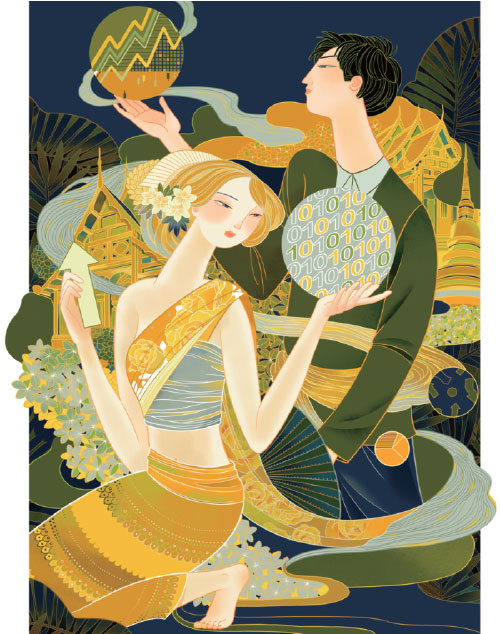 China and the members of the Association of Southeast Asian Nations have accelerated their intergovernmental cooperation on the digital economy this year. It took place in two waves.

In the first wave in late July and early August, State Councilor and Foreign Minister Wang Yi attended the foreign ministers' meetings on East Asia cooperation in Bangkok, where he called for greater cooperation on the digital economy, 5G and smart cities. Together with his ASEAN counterparts, he announced that 2020 will be the China-ASEAN Year of Digital Economy. In addition, the foreign ministers reached an agreement on the synergies between the Belt and Road Initiative and the Master Plan on ASEAN Connectivity 2025.

The digital economy has become a priority in Chinese-ASEAN intergovernmental cooperation. At the same time, it is also listed on the top agenda with regards to market development, rules making and human resource training. The market potential for digital economic cooperation is huge. ASEAN countries are particularly suitable given their 438 million working-age population, per capita GDP growth, internet users, online retailing and third-party payment. In some ASEAN member states, online retailing accounts for less than 1 percent of total retail sales of consumer goods; in China the figure is 4.39 percent.

In recent years, a large number of Chinese IT companies, besides Huawei which started earlier, have chosen Southeast Asia as the first stop for overseas operations. They have invested in e-commerce, mobile payments, online travel booking, among others, through direct investment and merger, technology export and strategic cooperation.

The 22nd China-ASEAN Summit in early November also stressed policymaking and the drawing up of standards for smart cities through multi-sector information exchange at different levels. In particular, China and Thailand released a joint statement advocating a bilateral cooperation mechanism for the digital economy and building a "digital Silk Road", covering top-level design, infrastructure input and talent training.

Enterprises too are playing an important role in the rule-making process as traditional rules fail to meet their needs for free, cross-border e-commerce.

In 2016, Jack Ma proposed the Electronic World Trade Platform concept. To be launched by the private sector, it would involve all shareholders and be aimed at establishing new global trade rules in the information era to help developing countries, SMEs and the younger generation gain access to the global market.

In March 2017, the first such overseas "pilot zone" was set up in Malaysia becoming fully operational in November that year.

Faced with incompatibility issues in Southeast Asia, the Chinese enterprises have now begun training locals, especially young entrepreneurs. To train information and communication technology talents in Southeast Asia, Huawei proposed and launched the "seeds of the future" talent training programs while cooperating with governments and universities.

In Malaysia, Alibaba Business School has trained about 15,000 digital talents and started an "internet entrepreneur program" in Southeast Asian universities in collaboration with the United Nations Conference on Trade and Development.

Apart from cultivating talent for business, Chinese and ASEAN universities must speed up building knowledge systems for the digital economy and related governance.

In conclusion, the four forces - intergovernmental cooperation, market development, rule-making and talent cultivation - are expected to empower the digital economy and sustainable development in China and ASEAN countries, and ready both sides for the coming China-ASEAN Year of Digital Economy in 2020.