China and Europe will strengthen ties through the ASEM summit 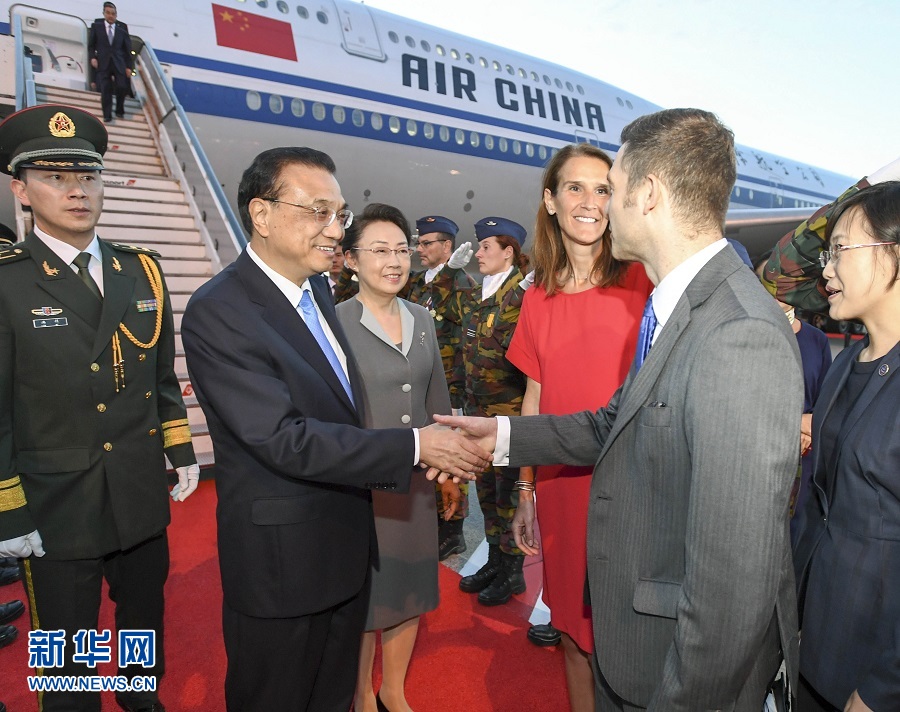 Leaders of the 28 EU states will be joined by more than 20 Asian counterparts this year.

Li's participation in the summit comes after he traveled to the Netherlands and met with Belgian leaders in Brussels. The trip is seen as the latest move by China to strengthen economic and trading ties in order to boost cooperation between China and Europe.

Themed "Europe and Asia: Global Partners and Global Challenges," the ASEM summit "tells a story of connections, diversity, change, dialogue between two continents – which are so far away, and yet so close," said Donald Tusk, president of the European Council.

Ahead of the summit, Ambassador Zhang Ming, head of the Chinese Mission to the EU, said, "Thanks to the joint efforts of Asian and European countries since ASEM's inception 22 years ago, Eurasia is now embracing broad prospects for development and great opportunities for cooperation."

"In the current global context, it is imperative for us ASEM members not to forget why we started, and to send a clear message of supporting multilateralism and preserving international rules and free trade at the upcoming summit. The EU, as the host this year, will have a crucial role to play. China will extend great support to the EU in this regard," he said.

The summit is an opportunity to discuss a range of global challenges and opportunities and find ways that Asia and Europe can come together to address them, Mark Field, minister of state for Asia and the Pacific at the Foreign and Commonwealth Office of the UK, said in an interview with the People's Daily.

"We expect that the discussion will focus on ASEM's three pillars — economic, political and socio-cultural issues," he added.

Zhang stressed, "Since day one of ASEM, China has always been an active and cooperative member committed to building consensus. In recent years, China has been a vigorous advocate for connectivity cooperation in Eura-sia and has contributed ideas to this end."

"All ASEM partners including the EU and China have a shared interest in strengthening Europe-Asia connectivity," said Field.

Throughout the summit, China will join forces with other members to safeguard multilateralism, forge stronger partnerships, and strengthen Asia-Europe cooperation in an open spirit for the benefit of all.

Field said, "The multilateral trading system has been the basis for economic growth and stability around the world so both Asia and Europe have a shared interest in ensuring it continues. We need to work together to preserve and strengthen the functioning of the WTO and ensure it keeps pace with the challenges of the 21st century and this has been recognized by G20 trade ministers."

"History has taught us that hiding behind closed doors would not lead to long-term progress, and that self-isolation would get one nowhere," Zhang Ming added.

Zhang said, "The EU is widely recognized as a facilitator and beneficiary of multilateralism. As the very spirit of multilateralism is being exposed to challenges unseen before, we hope that the relevant measure of the EU will strictly observe the fundamental principles of the WTO, especially the principle of non-discrimination. It is advisable to act in the spirit of openness, keep away from protectionism and avoid sending a misleading and negative signal to the outside."

Another key issues to discuss during the summit is climate change. "We are profoundly alarmed by the conclusions of the International Panel on Climate Change's recent report 'Global Warming of 1.5 degrees.' Europe and Asia, including China, must work together to deliver on our commitments under the Paris Agreement," said Field.