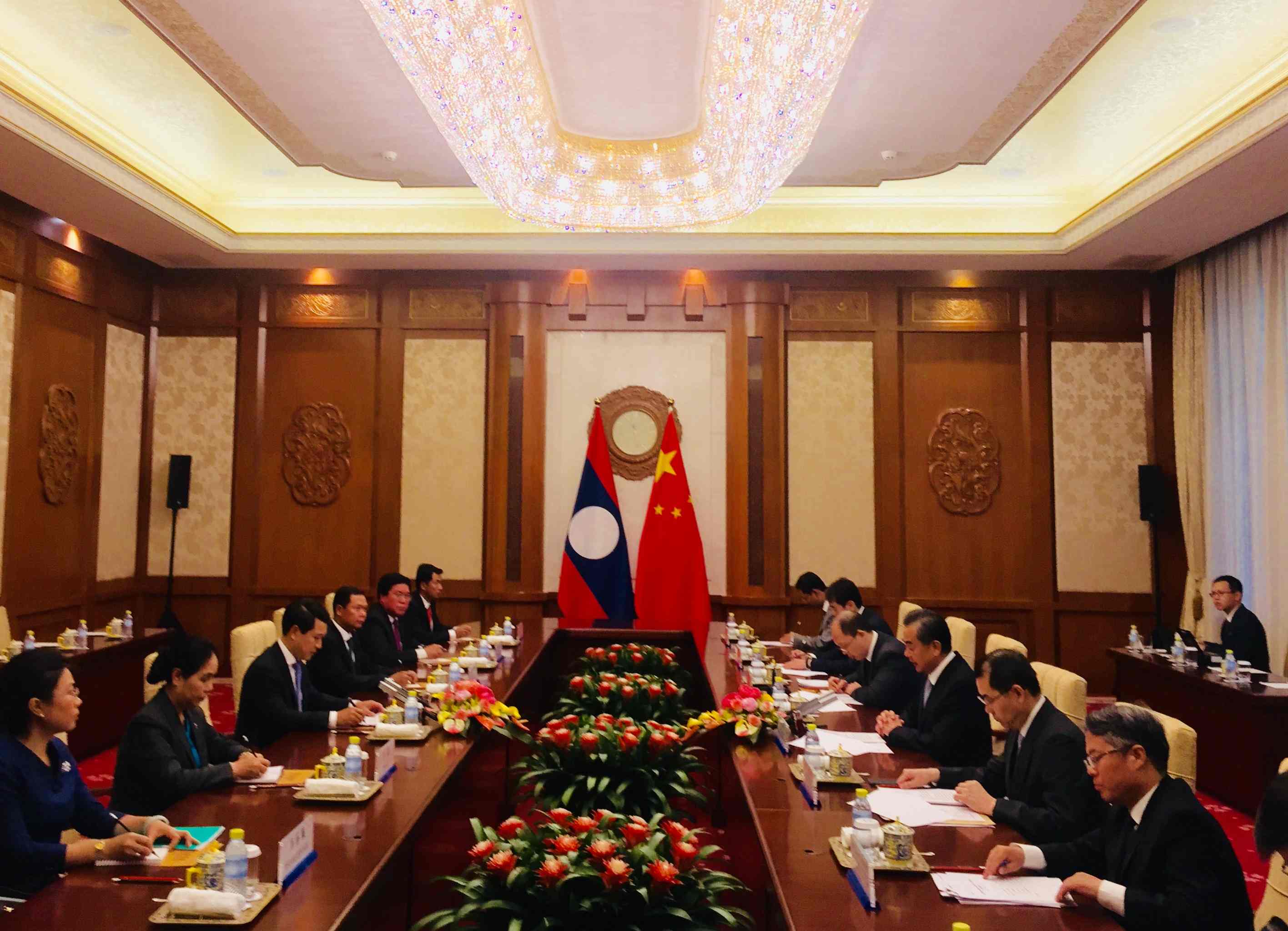 China and Laos are committed to deepening strategic cooperation.

At the invitation of Wang, the Laotian Foreign Minister is on an official visit to China from Aug. 25 to 28.

During the talks between the two diplomats, Wang said President Xi Jinping's historic visit to Laos last November, and his Laotian counterpart Bounnhang Vorachith's visit to China this May, have generated important consensus between the two on deepening comprehensive strategic cooperation.

The joint efforts by the two sides have broken new ground for their strategic cooperation under the Belt and Road initiative, Wang said.

He noted that the new pattern of cooperative development led by the China-Laos economic corridor and other major projects has endowed new meaning in the comprehensive strategic cooperation.

Wang emphasized that China will speed up the planning of the economic corridor for Laos, and strengthen people-to-people and cultural exchanges between the two sides.

Saleumxay Kommasith said that he recognizes and appreciates the achievements of the bilateral strategic cooperation between the two, and the regular meetings between the two state leaders demonstrate they attach great importance to the friendship between the two countries.

He also stressed that the Laotian side is willing to, together with the Chinese side, earnestly implement the significant consensus reached between Xi and Vorachith concerning projects such as the China-Laos economic corridor and other infrastructure construction projects under the Belt and Road initiative.

The Laotian foreign minister also hopes that the Lancang-Mekong Cooperation would be deepened to make new progress in promoting the strategic partnership between the two countries.