China and Arab states are seeking to boost cooperation in tourism along the Belt and Road at an upcoming conference in Yinchuan, capital of northwest China's Ningxia Hui Autonomous Region. 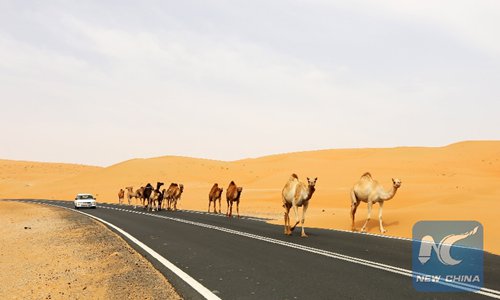 As part of the fourth China-Arab States Expo, the 2019 China-Arab States Tour Operators Conference will be held on Sept. 4-7.
More than 100 representatives from 13 countries including Egypt, and a dozen Chinese provinces, autonomous regions and municipalities are expected to hold discussions on tourism exchanges.
The conference will focus on the future development of tourism along the Belt and Road through promotional events, project signings and tour routes explorations, according to the regional department of culture and tourism.
"Ningxia is reaching out to the world under the Belt and Road Initiative," said Zhao Mingxia, deputy head of the department.
As a pivot along the ancient Silk Road, Ningxia astonishes tourists with its picturesque landscape, a combination of both the beauty of Chinese southern canal towns and the magnificent scenery of the north.