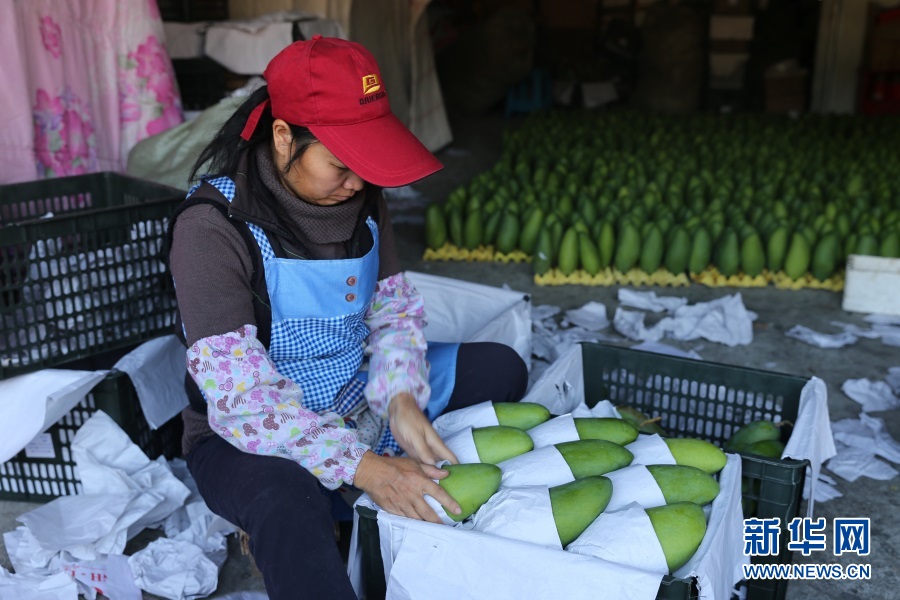 The China-ASEAN Free Trade Area (FTA) sets a great example for global free trade, as the world currently experiences a rise in protectionism.

In the first three quarters of 2019, China and ASEAN countries witnessed rapid growth in their bilateral trade and economic cooperation. Their total import and export volume was up 11.5 percent from a year ago, four times higher than the growth of China"s foreign trade in the same period.

Over 90 percent of the commodities under the China-ASEAN FTA framework are duty-free.

The trade of fruit is an important part of the China-ASEAN FTA. In the first half of 2019, China imported nearly 4 million tons of fruit worth $5.6 billion.

Pham Thi Ngu Hoa is a Vietnamese woman who sells fruit near the Dongxing Border Port, a major trade channel between China and Vietnam. She told Economic Information Daily that her fruit business was thriving at the border region, and her products were also sold to many other regions through online channels, and gave credit for her success to the China-ASEAN FTA.

ASEAN became China"s second largest trading partner in the first half of last year. Yu Miaojie, vice president of the National School of Development (NSD) at Peking University, attributed the rising trend of China-ASEAN trade amid prevalent protectionism to the tariff cuts and exemptions between the two regions.

In the past decade, the two sides have exempted tariffs for over 7,000 commodities, which has continuously promoted bilateral trade.

Chinese and ASEAN commodities are highly complementary, Yu said, adding that China exports industrial products to ASEAN countries and imports farm produce from them. "China-ASEAN FTA has grown into a successful model of free trade," he said.