China-AU relations "in the best shape ever": Chinese FM

ADDIS ABABA, Jan. 4 (Xinhua) -- Chinese State Councilor and Foreign Minister Wang Yi said on Friday that relations between China and the African Union (AU) are now "in the best shape ever." 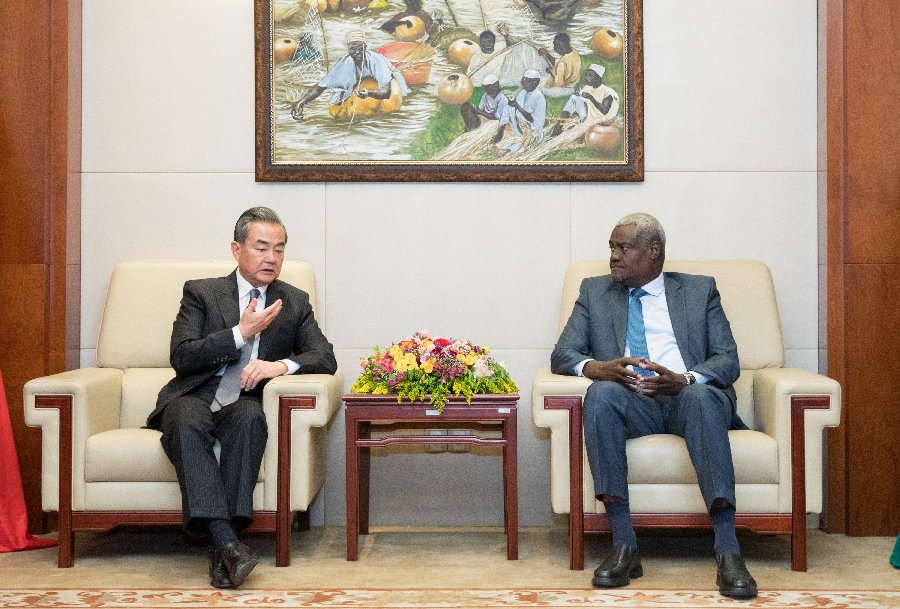 Wang made the remarks when he held talks with Chairperson of the AU Commission Moussa Faki Mahamat at the AU headquarters in Ethiopia's capital Addis Ababa.

Referring to the AU as a model of Africa's unity, self-reliance and integration, Wang said that the two sides should promote the implementation of the results achieved at Beijing Summit of the Forum on China-Africa Cooperation (FOCAC) and focus on the four areas of overall planning of China-Africa cooperation, peace and security, health, and coordination on international affairs.

China is willing to align China's development initiatives with African priorities and projects, especially in jointly implementing the Belt and Road Initiative and the AU's agenda 2063, Wang said.

Reiterating that peace and stability are the most urgent needs of the African continent, Wang said his country supports the 55-member Union to play its leading and coordinating role in the area.

"China will help Africa to improve its independent peacekeeping capabilities within its capabilities and truly follow Africans' own way to maintain peace and stability on the African continent," he said.

Wang further expressed China's willingness to closely cooperate with the AU, maintain a rules-based multilateral and free trade system, and safeguard the common interests of China, Africa and developing countries.

For his part, Faki said that Wang's visit to the AU headquarters at the beginning of the New Year clearly shows the high-level and strategic relationship forged between the AU and China.

Faki said that the AU appreciates China's valuable support and assistance in developing infrastructure and enhancing independent peacekeeping capabilities on the African continent.

Noting that China's cooperation with Africa has set a model for international partners to cooperate with Africa, Faki has once again congratulated China for its successful hosting of the FOCAC Beijing Summit.

After their talks, Wang and Faki jointly attended the handover ceremony of the Chinese-built AU Integrated Service Center project.