BEIJING, July 4 (Xinhua) -- China and Bangladesh on Thursday agreed to advance their cooperation on the Belt and Road Initiative. 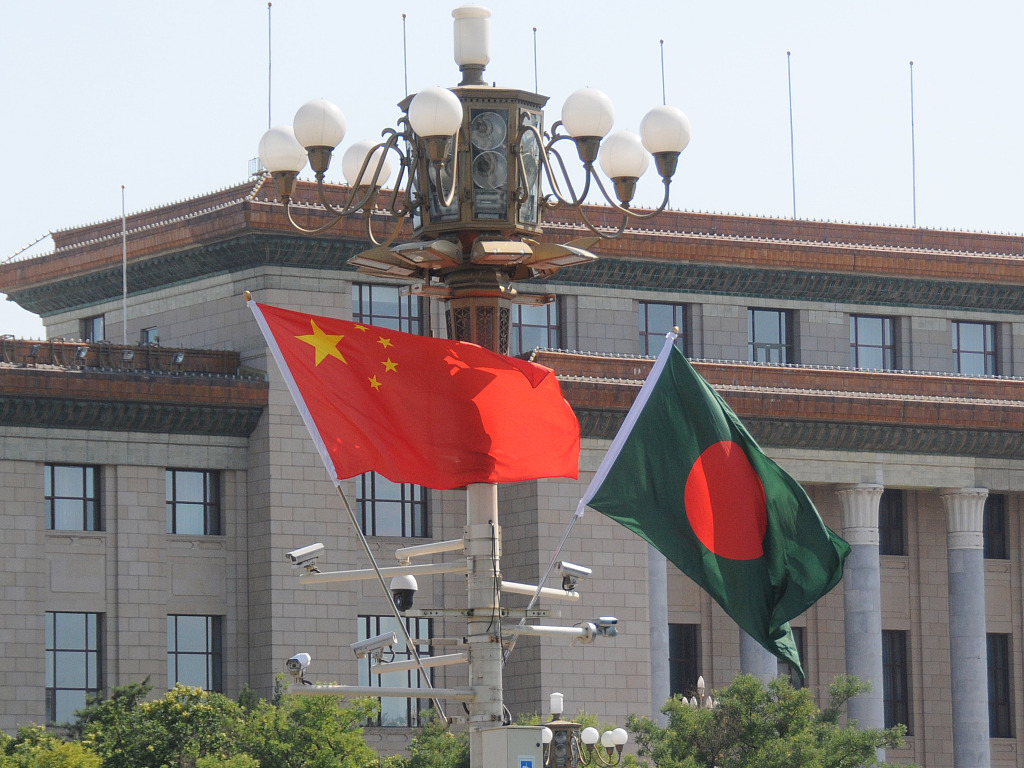 The consensus was reached by Chinese Premier Li Keqiang and visiting Bangladeshi Prime Minister Sheikh Hasina, who is on an official visit to China.

"Since the establishment of diplomatic ties, the two sides have always understood and supported each other on issues involving core interests and major concerns," Li said.

In 2016, the two countries established strategic partnership of cooperation.

Both China and Bangladesh are developing countries with large populations and important tasks to develop economy and improve people's livelihoods, Li said, adding that pragmatic cooperation between the two countries has been fruitful and enjoys great potential and broad prospects.

He also expressed expectation to discuss feasibility of joint study on the free trade agreement, increase import of Bangladeshi high-quality products meeting the needs of the Chinese market, promote balanced development of trade, and facilitate bilateral investment and personnel exchanges.

China will continue to provide assistance within its capacity for Bangladesh's development, Li added.

He called on the two sides to work together to build the Bangladesh, China, India and Myanmar-Economic Corridor (BCIM EC), in a bid to connect the market covering nearly 3 billion people, promote common development, better complement each other's advantages, and realize mutual benefits.

The two countries should intensify communication and coordination in international and regional affairs and play a positive role in regional peace, stability and development, the Chinese premier said.

Hasina expressed her congratulations on the 70th anniversary of the founding of the People's Republic of China, and said Bangladesh-China ties are at a high level.

Both sides are committed to peace, stability, mutual benefits, and settlement of disputes by peaceful means, Hasina said, adding that Bangladesh would celebrate the 45th anniversary of the establishment of diplomatic ties with China next year.

She said Bangladesh was advancing the goal of "Sonar Bangla" at present, reiterating that her country was willing to actively participate in the joint construction of the Belt and Road, accelerate the building of the BCIM EC, press ahead regional connectivity, beef up cooperation on trade, investment, service and infrastructure, so as to jointly embrace an even better future.

Prior to the talks, Li held a welcoming ceremony for Hasina. After the talks, they witnessed the signing of bilateral cooperation agreements on investment, culture, tourism and water conservancy.

The two countries will also issue a joint communique.