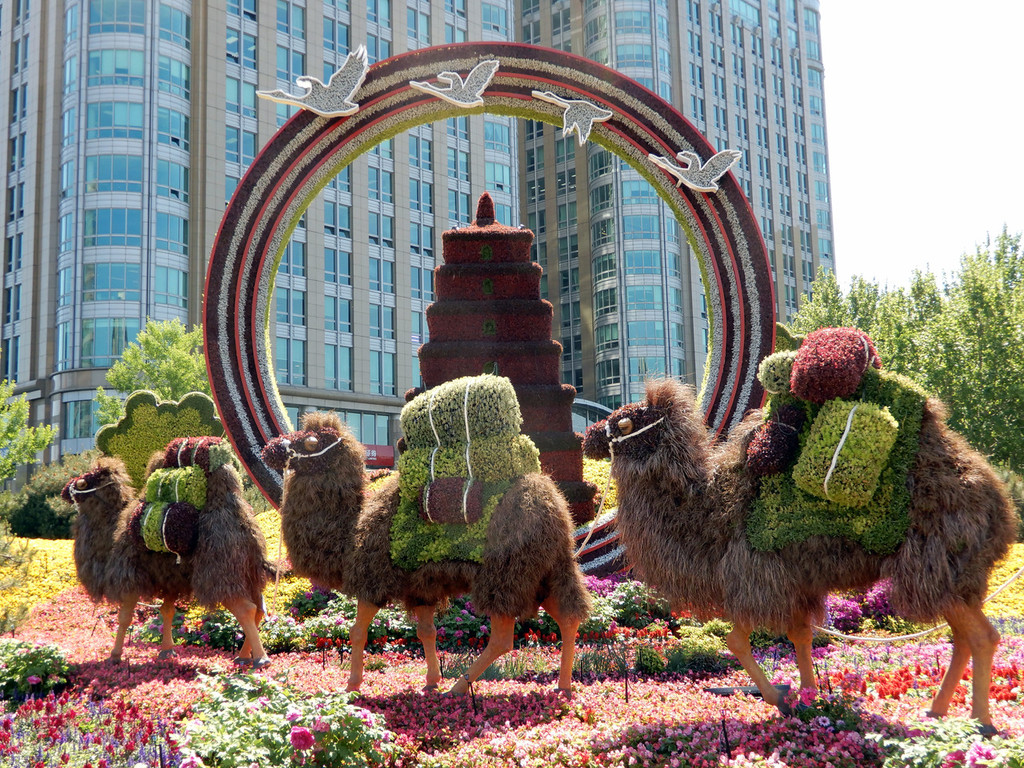 Brazil and China — two strong supporters of economic globalization — will create more two-way trade, investment and job opportunities in the next stage of partnership boosted by the tangible development of political ties and the Belt and Road Initiative (BRI), business leaders and experts said.

"Despite both economies having been hit by declining global goods demand over the past two years, interdependence between the two remains vigorous in bilateral cross-industry trade," said Liu Yuan, a researcher at the Research Center of Global Value Chains at the University of International Business and Economics.

Trade volume between China and Brazil totaled $93.14 billion in the first 10 months of 2019, up 0.7 percent year-on-year. Brazil remained China's largest trade partner in Latin America, data from the General Administration of Customs showed.

In addition to agricultural and mining products, Brazil's exports to China include passenger aircraft, timber, steel, cotton and organic chemicals.

"China will continue to purchase Brazil's commodity products such as soybeans, sugar, beef and coffee via diversified trade activities brought by the BRI. It will also boost Brazil's production capacity in the agricultural sector," said Yu Xubo, president of the COFCO Group, the country's biggest agricultural products supplier by revenue.

Sao Paulo-headquartered Citrosuco, one of the world's largest orange juice suppliers by market share, plans to introduce "Mombuca", a type of juice made with blood oranges, into China. To ensure its supply chain, the company operates five ports and five fruit-juice carriers across the world.

John Lin, chief commercial officer for Citrosuco, said that in addition to shipping not-from-concentrate (NFC) orange juice to China, the company wishes to build a wharf in China in the future.

Based on the country's demand, it needs at least two specialized wharves with aseptic tanks. The cost for these wharves would range between $50 million and $100 million each.

"China is the fastest-growing NFC market globally, and Citrosuco sees it as a must-have and not a nice-to-have market," Lin added.

Even though commodity and goods trade lies at the heart of bilateral business ties, Brazil's growing demand for modern services and the need to upgrade its infrastructure facilities such as smart city projects, power plants and container ports have brought more opportunities for both Chinese project contractors and manufacturers, said Wang Haifeng, a researcher with the Institute for International Economic Research at the National Development and Reform Commission.

Apart from importing large sums of raw materials from Brazil, Chinese companies also have invested heavily in infrastructure, including hydropower facilities, construction machinery and automobile production in Brazil over the past decade, he said.

BYD Co Ltd, one of China's major electric-vehicle makers, is building a SkyRail project in Salvador, Brazil. The network can provide the suburban population there with a fast and comfortable mode of transport that also opens space for city development.

The 20-kilometer-long seaside route will be partially built above the sea to connect Salvador's central business district to Sao Joao Island, with a capacity of 150,000 passengers per day.